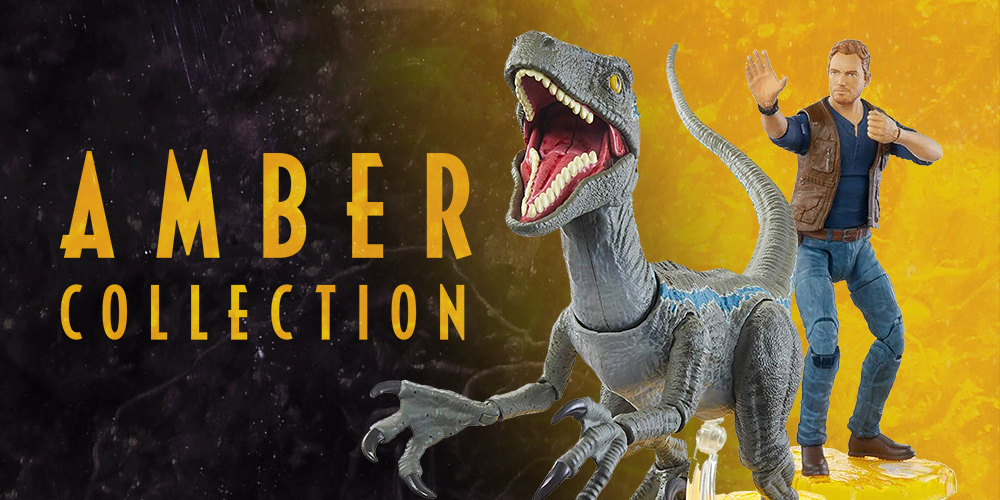 Mattel’s premiere Jurassic collectible toyline, Amber Collection, seems to finally be hitting its stride in 2020. After a rocky start as a Gamestop-exclusive launch last year, the first wave of figures eventually found their way into more collector’s hands after showing up on Amazon. Now a little more than a month into the new year, the next wave of Amber Collection is officially hitting another major online toy retailer: Entertainment Earth. Preorders opened today for Owen Grady and Velociraptor Blue, the latest additions to the growing Amber Collection. And even more exciting, Entertainment Earth is already teasing Wave 3!

Before we dive into what’s next for Amber Collection, we first have official details to share as well as preorder info for both Owen and Blue below: 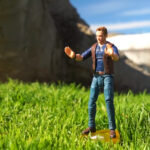 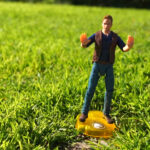 Relive nostalgic, iconic film moments with this Jurassic World Owen Grady 6-Inch Scale Amber Collection Action Figure that captures the spirit of the franchise legacy with movie-authentic decoration and deluxe detail. Standing approximately 6-inches tall and inspired by Jurassic World: Fallen Kingdom, Owen features movable joints for posing and play action, and he comes with a removable knife accessory, an extra set of exchangeable hands, and a display stand. You don’t want to miss him!

This amazing action figure portrays the scene when Owen returns to Isla Nublar to save his endangered trained velociraptor Blue. Finding Blue in the jungle, Owen extends his hand to her, but little does he know that she will later end up saving him! 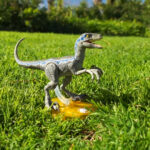 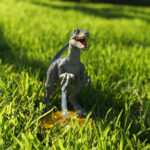 Inspired by the blockbuster movie Jurassic World: Fallen Kingdom, this sensational Jurassic World Velociraptor Blue 6-Inch Scale Amber Collection Action Figure of the Owen-friendly Velociraptor measures roughly 6-inches tall, features movable joints for posing and play action, and includes a stand for display. The feel and spirit of the film and the film series are captured in excellent detail and the movie-accurate deco, too. Don’t let Blue get away from you!

This awesome Blue action figure and embodies her intellect and ability to experience empathy, which allows her to develop a close bond with Owen Grady – so much so that she risks her life to save him!

What was that? Sounded like hooting, coming from those bushes over there… That’s right: Dilophosaurus is coming to Mattel’s Amber Collection next, joined by a stick-wielding Dennis Nedry. While we’ve seen these silhouettes teased before, Entertainment Earth has now confirmed that both of these hotly anticipated figures will be available soon as part of Wave 3. Feast your eyes on the latest sneak peek below (sourced from Entertainment Earth’s “Hot Off the Truck” YouTube video). 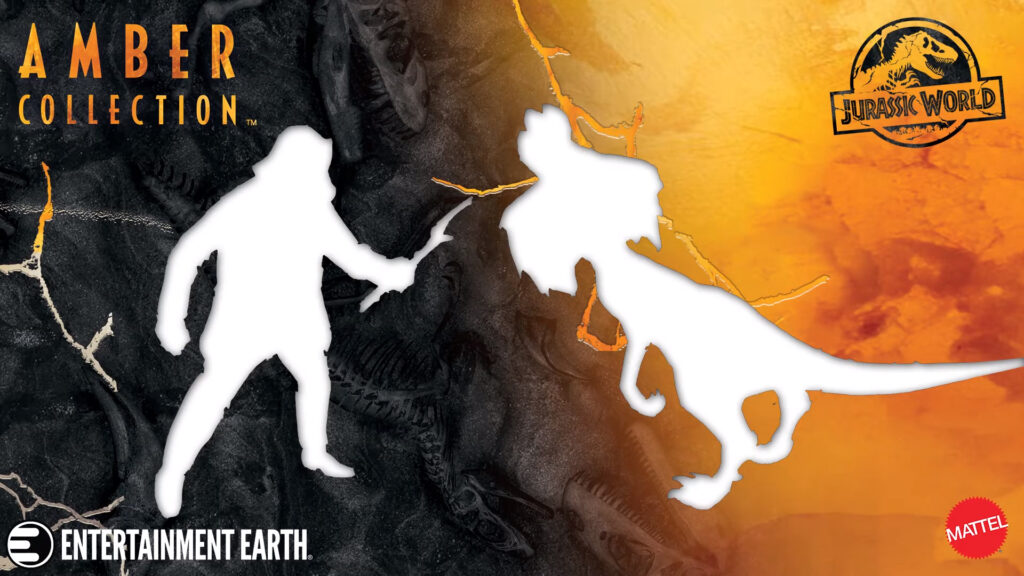 Also mentioned in the same video is that Amber Collection will not be released in brick-and-mortar stores, at least for the foreseeable future. So for Jurassic collector’s looking to score the latest Amber Collection releases, buying online looks to be your only option. As always, we’ll keep you updated on when and where you can buy these and more of the latest Jurassic toys. Now, has anyone seen Charlie?