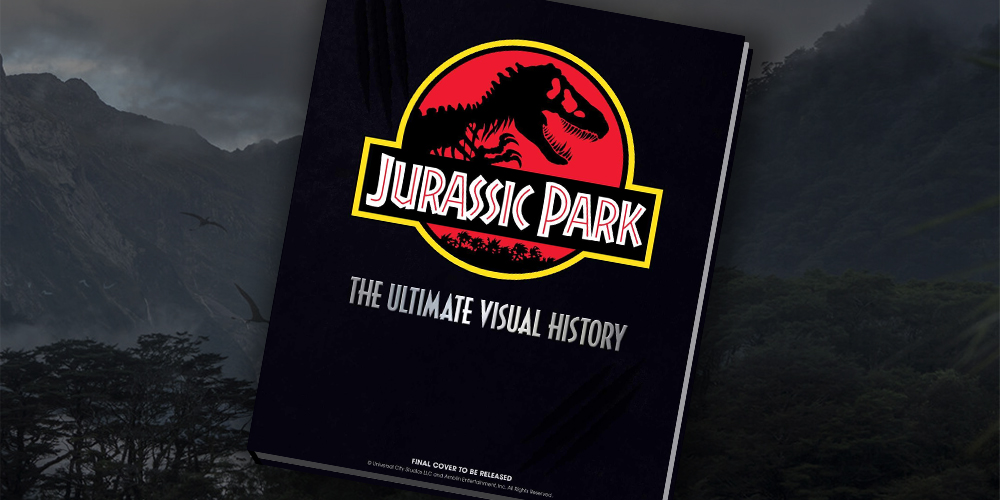 For years, fans of the Jurassic Park saga have been asking for more books and behind the scenes materials – and it looks like those requests have finally been answered as a new book is set to debut in October of this year (currently available for preorder via Amazon).

Jurassic Park: The Ultimate Visual History is outlined as the following:

Discover the cinematic evolution of the Jurassic Park trilogy, with this deluxe book celebrating the saga’s massive impact on pop culture.

Director Steven Spielberg’s Jurassic Park unleashed an island of awe-inspiring dinosaurs, captivating audiences worldwide. Grossing over $900 million worldwide, the film ushered in a whole new age of digital visual effects and would go on to enthrall generations of moviegoers.

The most comprehensive book about the Jurassic Park trilogy to date, Jurassic Park: The Ultimate Visual History begins with an in-depth account of the making of Spielberg’s original film, including rare and never-before-seen imagery and exclusive interviews with key creatives. Readers will then unearth the full history of the trilogy, from The Lost World: Jurassic Park to Jurassic Park III, through unprecedented access to the creative process behind the films. Fans will also find a fascinating look at the wider world of the saga, including video games, toys, comics, and more, exploring the lasting legacy of the movies and their influence on pop culture.

Jurassic Park: The Ultimate Visual History will be the last word on the most epic saga in movie history—the definitive behind-the-scenes book that fans have been waiting for.

It is safe to say that this an exciting development for fans of the original trilogy – showing that fans of the Jurassic franchise can anticipate more products from the original films despite the focus on the more modern ‘Jurassic World’ branding in recent years. Indeed, it is exciting to see that this book will not just encompass the original 1993 film, but will also look at The Lost World: Jurassic Park and Jurassic Park III. Jurassic Park III’s tumultuous production is well documented – so we are quite excited for the opportunity to peak behind the scenes of that film, and how we eventually got the adventure which appeared on cinema screens.

The most interesting thing to note here is the lack of the Jurassic World films. We have been hearing whispers of an art book for the JW trilogy for some time – so we would be willing to bet that a second book is on its way, most likely releasing in 2022. It will be exciting to see how the two compare, and whether or not there is more BTS content with the JW equivalent due to the more modern nature of its production. For now, however, we are very excited to have more expanded material available for the Jurassic universe – and we hope that this, much like Camp Cretaceous, is a catalyst for things to come in the future.