LEGO kicked off a very busy Friday with the announcement of a new animated mini-series as well as four all-new LEGO construction sets that tie into the show. With pre-show press releases in full swing ahead of the New York Toy Fair, LEGO’s exciting reveal is the perfect beginning to a weekend sure to be packed with plenty more new Jurassic goodness.

The 13 epsidode miniseries, titled LEGO Jurassic World: Legend of Isla Nublar, is set to air later in 2019. Read the synopsis below to learn more about what sounds like another excellent LEGO adventure set in the Jurassic World universe:

Set in 2012, three years before the events of the Jurassic World movie, LEGO Jurassic World: Legend of Isla Nublar picks up where the story left off from LEGO Jurassic World: The Secret Exhibit. Newly hired animal behaviorist Owen Grady and Assistant Manager of Park Operations Claire Dearing team up on Isla Nublar to deal with everything the Jurassic World park throws their way. And “everything” includes runaway dinosaurs, ongoing construction to expand the park, tourists everywhere, unpredictable tropical weather, and an impulsive boss! Plus, a mysterious saboteur with surprising ties to the park’s past is on a quest to find a legendary treasure and destroy Jurassic World forever! What could possibly go wrong? Everything.

While we’re certainly happy about another LEGO Jurassic World show, the toys themselves look all sorts of fun and crazy! We not only have clever in-universe nods like the Egg Spinner theme park ride and what looks to be Owen’s trailer, but all new LEGO Jurassic species like the Baryonyx and Triceratops. The Dino-Mech is definitely over the top, but fans familiar with the antics of LEGO’s animated movies shouldn’t be surprised by a ridiculously giant robot T. rex. Keep scrolling for an in-depth look at each of upcoming sets, which you’ll be able to find on shelves this fall. 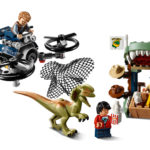 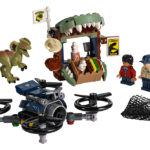 Explore LEGO Jurassic World with Owen Grady and build his drone to look after the dinosaurs. Meet Hudson Harper, a kid who knows everything there is to know about dinosaurs. And build the market stall in the shape of a dinosaur head with LEGO bricks. But look out—a young Dilophosaurus has escaped and is creeping up behind Hudson. Fly to the rescue with Owen’s drone, fire the net shooter and capture that dinosaur. Every day is an adventure with this action-packed LEGO playset!
Ages 6+, 168 pieces, $19.99 (USD) 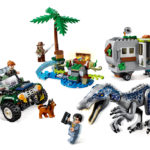 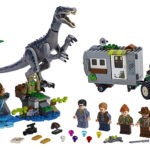 Rush to stop Danny Nedermeyer and Sinjin Prescott’s dangerous treasure hunt in LEGO Jurassic World! According to legend, there is treasure hidden on Isla Nublar and Danny and Sinjin have a map and old video tape to help them find it. But when a Baryonyx dinosaur thinks they are trying to steal her fish, they have to hide out in an old trailer. Help Owen Grady and Claire Dearing fix up the offroad buggy. Then drive with them and Red the dog to catch the bad guys before they steal the treasure!
Ages 7+, 434 pieces, $59.99 (USD) 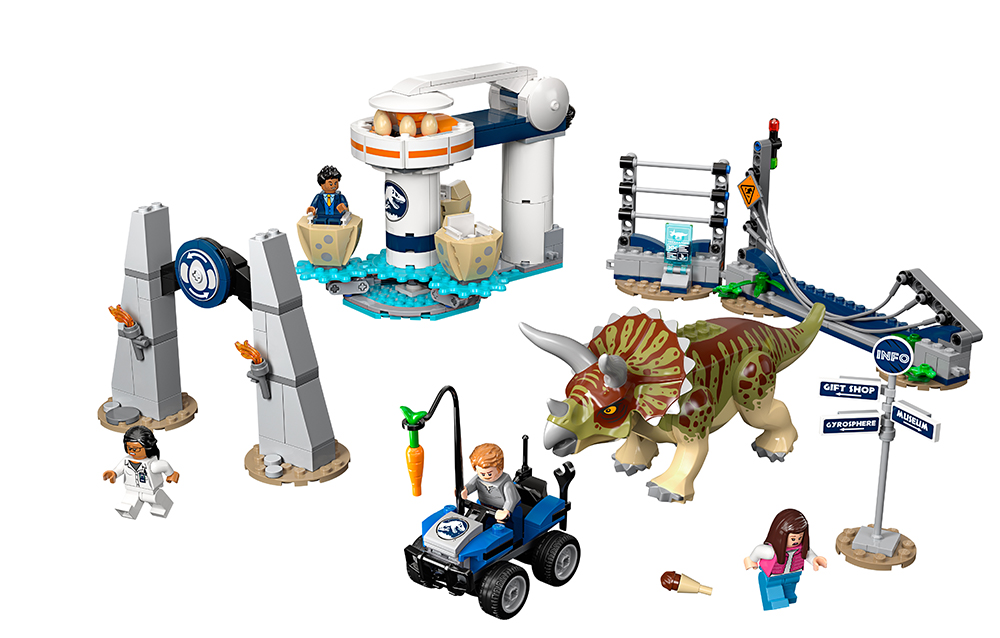 Take a ride on the awesome new LEGO Jurassic World Egg Spinner with Simon Masrani and Allison Miles! Then check the sign for directions to Jurassic World’s gyrosphere. But, watch out—there’s been a power failure and the mighty Triceratops has smashed through the fence and escaped! Jump in the buggy with Owen Grady and speed to the rescue. Dangle a carrot in front of the mighty dinosaur to distract it and save the tourist. There’s never a dull day in Jurassic World park!
Ages 7+, 447 pieces, $59.99 (USD) 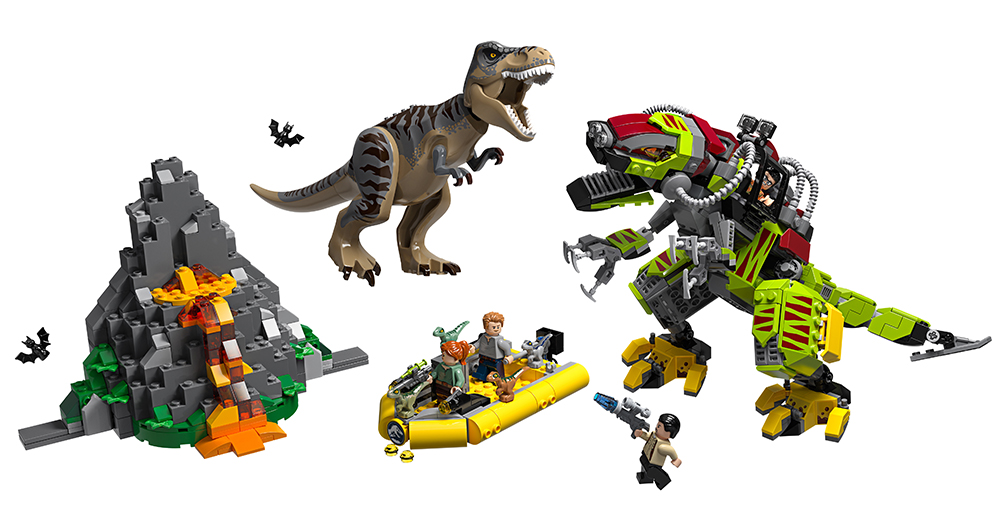 Danger! Danny Nedermeyer is roaming Jurassic World park in his huge Dino-Mech on a mission to steal the treasure hidden in the Isla Nublar volcano. But first he has to face the mighty T. rex. Jump in the boat with Owen Grady, Claire Dearing, Vic Hoskins—plus baby Velociraptors Blue, Delta, Echo and Charlie—and speed to the battle scene. Fire the boat’s stud shooters at the Dino-Mech. Put the T. rex to sleep with the tranquilizer gun. You must stop Danny before he finds a way to smash into the volcanic rock and steal the treasure!
Ages 8+, 716 pieces, $89.99 (USD) 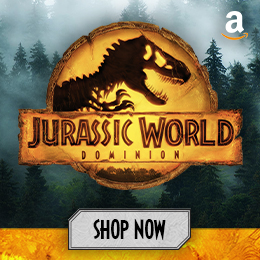 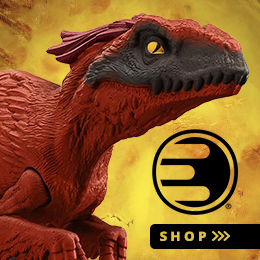