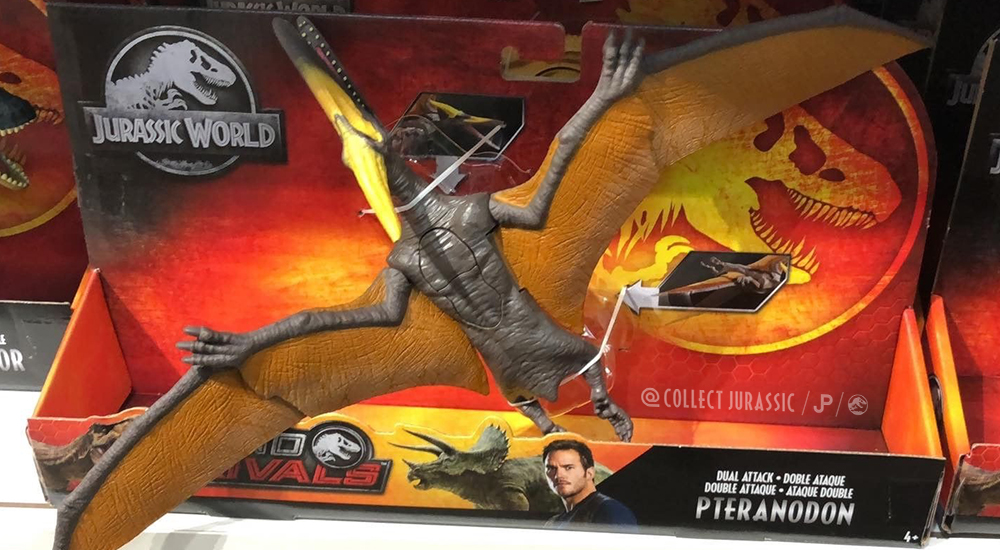 Another Dino Rivals Pterandon is landing in Australia ahead of the rest of the world: the Dual Attack Pteranodon! First it was the new-for-2019 Battle Damage version showing up first down under, and now this larger sized figure has been spotted at Target in the same area. Our first hint that the Dual Attack-sized flying reptile was coming was Mattel’s Dino Rivals checklist, but seeing the actual toy confirms a vibrant color app that has been an ongoing theme in 2019’s Dino Rivals releases.

The Dual Attack features themselves including flapping wings similar to the Roarivore Pterandon, as well as a new snapping beak attack. To that end, the mold looks to be a re-tool of the previously released version much like the Dual Attack Triceratops. See our gallery below for our some more shots of the newest Dino Rivals figure in package in its package. And to all the Australian Jurassic collectors—happy hunting! 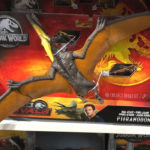 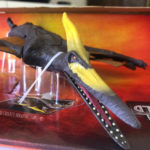 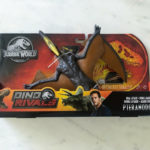