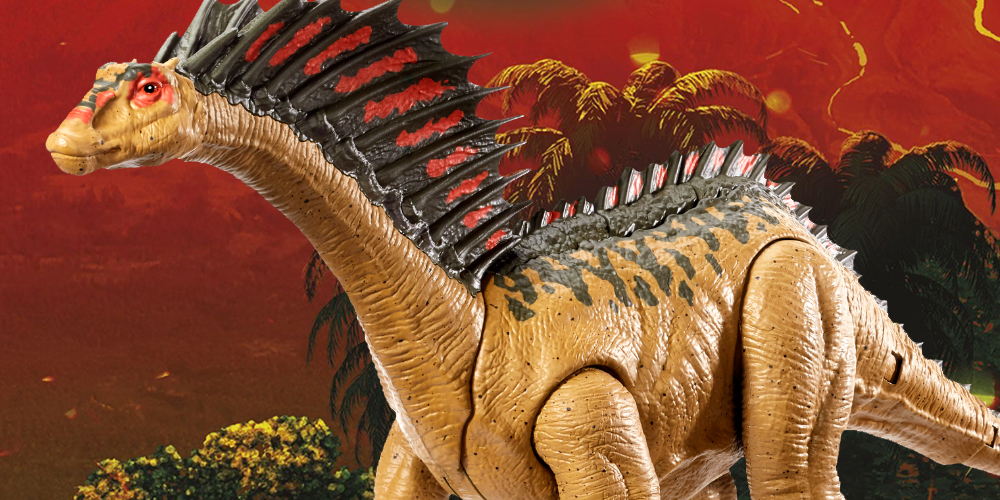 Collect Jurassic has partnered with Mattel to exclusively reveal part of their upcoming Fall releases for the Jurassic World Dino Rivals toyline! New entries in the Mega Dual Attack, Attack Pack, and Savage Strike assortments are all on their way in addition to what was revealed during the New York Toy Fair. Without further ado, we can first reveal these Collect Jurassic-exclusive images of the Mega Dual Attack Amargasaurus: 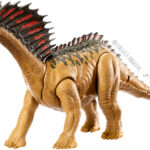 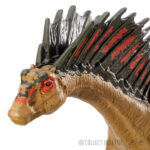 Featuring the assortment’s double-action attacks, in this case a tail strike and head strike, Mattel’s Amargasaurus also towers above most figures in the line—similar in size to the Suchomimus. The sauropod’s signature frills offer a splash of color, rounding out a more natural deco on this figure.

Next up, we have three more exiting reveals slated for a Fall release. Mononykus and Mussasaurus are both joining the Dino Rivals Attack Pack lineup, each with their own unique silhoutte and coloration to add to an already varied assortment in this year’s Dino Rivals toys from Mattel. Lastly, we have a redeco’d Savage Strike Velociraptor, with this mold being slightly different from others before it due to the inclusion of a feathered plume at the base of the skull. We’ve seen this plume sculpt before, on the M.I.A. Legacy Collection Jurassic Park 3 Velocirpator—great to see it still being utilized along with a more exotic color scheme. 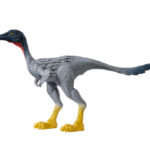 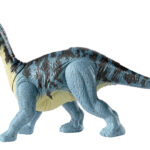 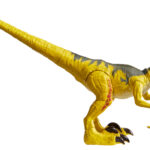 After this years New York Toy Fair, we know most collectors were excited to see what else Mattel had in store for 2019 beyond the somewhat limited reveals seen during the show. Collect Jurassic as proud to partner with Mattel and offer these exclusive first looks at some of what’s on the way. Be sure to also head over to Jurassic Outpost, where they are letting loose their own exclusive reveal: the Mega Dual Attack Quetzalcoatlus!

Hold on to your butts, we have an exclusive first look at some upcoming @Mattel #JurassicWorld toys!! Due to release this Fall, the Mega Dual Attack Quetzalcoatlus, Savage Strike JP3 Male Raptor redeco, and Attack Pack Mussaurus plus Mononykus will be joining many other new toys! Be sure to hit our website for even more images – link in bio! Also check out @collectjurassic for their exclusive look at the Mega Dual Attack Amargasaurus. Huge thanks to Mattel for partnering up to help us bring this reveal to the community! #FallenKingdom #JurassicPark #DinoRivals #Mattel #Toys #ToyFair2019 #Exclusive

If you’re still hungry for more new Jurassic World toys in 2019, rest assured what’s being revealed here is still just an appetizer for what Mattel has in store. Keep checking back here on Collect Jurassic for more updates, and be sure to follow us on Instagram, YouTube, Twitter and Facebook for more exclusive content!