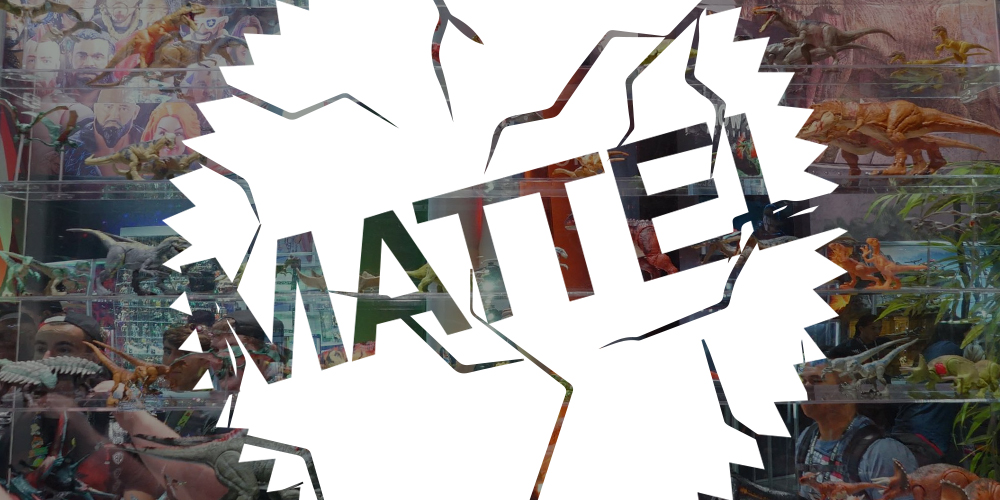 It’s no secret now – Mattel’s Jurassic World line has been a massive hit with collectors and kids alike. Not only has the line won Action Figures of The Year (2019), but the line has also introduced a whole plethora of unique species and action figures available across all different retailers. For the first time in years, this line truly does hold up to its Kenner Jurassic Park predecessor. However – as with any toy line which has a wide breadth and depth of products, there have been some releases which fans have struggled to get their hands on.

In this latest story feature, we will look at the limited releases Mattel’s Jurassic World line saw. These include toys which may have been originally intended for the ill-fated Toys R Us, and ended up being re-distributed through other means.

Make sure you check back in the future for a second part on this series, where we look at doomed toys which appear to be canned at this moment in time.

Arguably the most infamous limited-release items would be the Destruct-A-Saurs. These dinosaurs featured more playset-esque elements then the core line – including smaller dinosaurs which could be held within ACU-style capture cages. Almost harkening back to the Kenner capture gear of old, these dinosaurs were planned to release at the infamous Toys R Us before Toys R Us stores across the world suffered a financial hit which caused them to close. Because of this – many Destruct-A-Saurs products lived in limbo for months, before products such as the Pteranodon Copter eventually received releases through other retailers such as Amazon.com and Walmart.

Rarer sets, such as the Tyrannosaurus Rex Ambush, saw releases in the remnants of Toys R Us stores – with these sets popping up in Canada amongst other countries where TRU still operate. The core figures themselves, however, did eventually managed to get an almost mainstream release – arriving in Central America, with fans in Mexico in particular able to get their hands on the core line of figures released under the Destruct-A-Saurs banner. These individual packs can also now be found in TRU in Canada – clearly one of the last bastions of what would have otherwise been an international exclusive deal for Toys R Us stores across the globe.

These toys have, in themselves, become a part of the cult collecting community – with collectors paying a pretty penny to obtain these limited-run products.

This wasn’t the case for all the figures, however – and this is something which we will touch on when we look at the ill-fated figures which will never see the light of day in our next article on the subject.

Check out our Photo Feature looking at each released Destruct-A-Saurs figure for a better look at each figure.

When discussing the Destruct-A-Saurs, I mentioned cult pieces which members of our collector community have been hunting down. The Lockwood Ultimate Battle Set has become one of those pieces which avid collectors have been hungrily tracking down.

This set, originally intended to grace the shelves of Walmart’s in America (As per the Battle Damage line’s distributional agreements) was a playset themed around the final sequences of Jurassic World: Fallen Kingdom. The playset was set to include a Battle-Damaged version of the Indoraptor, a re-package of the single-pack BD Blue figure, and an exclusive diorama piece of the Ceratopsian skull which played an instrumental role within the Indoraptor’s final moments in Fallen Kingdom. For whatever reason, as sometimes happens, this set never debuted at Walmart – and it was assumed that for all extensive purposes the set had been cancelled. This, however, was not the case. Rather than be cancelled, the set had begun to pop up in limited quantities in Mexico – and collectors rushed to import them and get their hands on them. The set did also begin to pop up in limited quantities in Germany too – suggesting that there were, at one point in time, plans to distribute this set throughout Europe and Central America.

The exact distribution levels of this product remain a mystery – but it has proved to be a massive hit, with many collectors shelling out expensive import fees to have this illusive piece in their ever-growing Mattel collections.

View our Lockwood Ultimate Battle Set Video Feature to see and unboxing and review of this rate release.

Exclusive to I believe Mattel’s online store before the company took the decision to cease trading through their online platform were some unique dinosaur two-packs which added even more variety to the dinosaur ranks in our first wave of Fallen Kingdom products.

There were three different two packs which collectors could obtain. A 2-Pack with unique paint applications on a Dilophosaurus and a Dimorphodon, a 2-Pack with unique paint a Gallimimus alongside a repacked Velociraptor, and a 2-Pack with a unique Dimorphodon and what appeared to be a repackage of attack pack Blue. Some of the dinosaurs here looked beautiful – particularly the Gallimimus. However, these sets never saw much in the way of a release.

I believe that they have been sighted at retail as I am sure I have seen Jurassic fans on Twitter with these in hand – but beyond that, I believe their release was incredibly limited. They did see availability on Amazon.com and Walmart.com at different moments during the lines infancy – but these sources of stock were few and far inbetween, and never saw the consistent level of stock that other core assets of the line received. These two-packs join the ranks of unintentionally limited-edition products in the Jurassic World line-up.

As a last remnant of these beautiful packs, they still sit on the Mattel Shop website – unable to be ordered, but still standing with high-res images available for all to clamour over and dream about one day owning.

Ever-popular since I was a child with Hasbro’s massive Star Wars ones, Playsets remain an integral part of any toy line. Mattel’s saw their fair share – both large and small, but their releases were rather limited.

The largest playset which you are most likely familiar with – the Lava Surge playset – saw a relatively consistent release. It was, and has been available on, most online retailers for a very long time now. This, however, was not always the case – with the playset popping up incoherently at brick and mortar retailers across Central America before it eventually debuted online in the US. Whilst the US stock was consistent online, the set never saw a brick and mortar release in the US – making it still one of the more limited items in the initial debut of the Jurassic World line.

To date, this is the only playset of its size – with attachment points on the end of the playset hinting at things which perhaps could have once been, but may not come to fruition now. This playset, however, was accompanied by much rarer playsets – the Laboratory Slime packs. These playsets included a glass test-tube with an element of a dinosaur skeleton in them, and featured re-packages of Wave One dinosaurs. To date, they are still available online, giving us a precious taste of the playsets which could have become a core part of the Jurassic line.

Lastly, but not least, we have the one which all of you probably predicted was going to be featured within this editorial – the Spinosaurus.

The Spinosaurus was originally intended to be a Target exclusive in the US, with it hitting Smyths stores within the UK. The UK release went ahead without a hitch – but Target online only ever received stock, with physical Target stores never receiving the product. The online store did not restock, stating that it was a timed exclusive. This caused outrage within the fan community – with many fans having to resort to importing the toy or paying extortionate after-market prices to get their hands on the iconic fan favourite dinosaur. This situation was arguably a PR disaster – with a clear frustration felt towards Target, and the issues that they had with stocking the product. This has, however, improved with time – with the product popping up on Target several more times, and with UK fans working hard to get the product in the hands of US fans.

Slowly, more US fans able to get this product. This hasn’t been without leaving a bitter taste however – with many fans now wholeheartedly aware of the damage that exclusivity deals can sometimes cause when it comes to obtaining our favourite toys.

So, to conclude – the Jurassic line has been a fantastic success, but some toys have alluded store shelves and have become items which are fiercely hunted by passionate collectors who want to get their hands on every product.

How do you feel? Have you hunted down any of the products featured in this article? Leave us a comment below, and make sure you come back for Part II of Mattel’s Lost Jurassic World – where we look at some of the toys which never made it out the Mattel design vault.