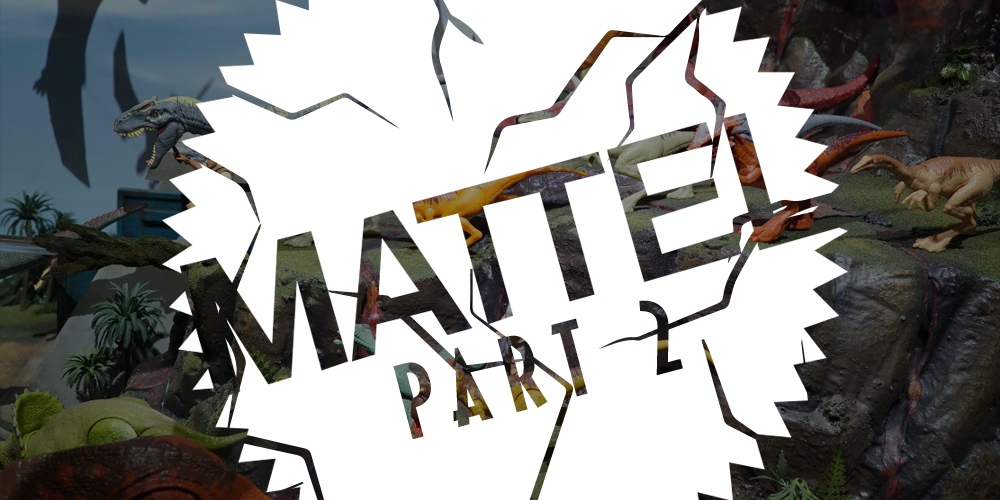 Those toys, however, still managed to get out and into the possession of collectors in one means or another. Whilst extremely limited in their nature, you are still able to own those toys if you have the right connections and perhaps the right amount of money to be able to pick them. The toys we will look at today are toys which you will not own unless you happen to be incredibly lucky – or perhaps work for Mattel!

In today’s article, we are going to look at the toys from Mattel’s Jurassic World line which weren’t quite meant to be.

No, you aren’t experiencing some Henry Wu induced Deja-Vu – we did touch on Destruct-A-Saurs in our last editorial too. However, in that last piece we looked at some of the toys which made their way out to stores. There were three Destruct-A-Saur items which ended up disappearing entirely – one of which is incredibly unfortunate.

The first two were Destruct-A-Saur single packs – items which we can assume would have been a ‘Wave Two’ of sorts if the doomed line has persisted at a different retailer without encountering so many logistical difficulties. The first was an individual package variant of the Stygimoloch with a cage and a micro-scale yellow Dimorphodon. The cage here looks great – as all the Destruct-A-Saur accessories did, but the Stygimoloch here looks interesting. It looks like the Attack Packs variant – but perhaps with dual-hinge joints at the arms and legs like what we saw in the Savage Strike and Story Pack variant. This looks like an amalgamation – combining the added articulation of these variants with a more realistic looking, attack-pack inspired head and neck joint.

Next up, we have a Dinosaur which is infamous for Jurassic Park fans at this point – the Dimetrodon. Hunger for this long-acclaimed fan favourite dinosaur has only increased since it’s appearance in Lockwood’s diorama room in Jurassic World: Fallen Kingdom, so it made perfect sense for Mattel to introduce the dinosaur into the line. You may already be familiar with the Savage Strike Dimetrodon, which is hitting stores now, but a different colour scheme was originally planned for the Destruct-A-Saurs line. Using a completely different sculpt which was devoid of the action features seen on the released variant, the Dimetrodon would have been a red and orange colour scheme – including a cage with an orange version of the Microceratus. Whilst this toy was doomed – it is nice to see that the Dimetrodon has survived, and fans can now get their hands on this popular dinosaur in 2019.

Lastly – and in my opinion the greatest casualty – is the Stygimoloch Laboratory playset. Originally rumoured to include a Dr Wu figure but including a repackage of the Owen and Baby Blue Owen Grady figure, the laboratory playset would have also included a repackage of the Destruct-A-Saurs sculpt Stygimoloch. The kicker, however, is that the set would have also included a Laboratory Workbench – with lots of fun accessories and details which would have been the perfect diorama accessories for many collectors to use in their photographs. The workbench was intricately detailed – including an Amber section with a fly encased within, a drill, a crack-able egg, an egg incubation unit – and several scratch marks and dents where the structure would be destroyed upon Stiggy head-butting the piece. It looked like a fantastic little playset – and a nice opportunity to get a rare piece of scenery which we haven’t seen too frequently across the line. It’s a real casualty that we had to lose this product – as it featured incredibly nice assets for the focal point, which I hope we may see re-distributed soon as the line continues to win awards and grow in popularity. My hope is that with awards and acclaim – retailers will again, become confident in carrying a wide breadth of Jurassic products.

Ah, the Therizinosaurus. Arguably, one of the funkier designs to exist within dinosaurs – and one of the most popular with many pop culture fans. When the initial rumours came out for new Jurassic World toys in 2019, Therizinosaurus was one of the names which was thrown out there as a front runner for the 2019 line-up. Many fans were excited to see this long-clawed, sharp-toothed dinosaur join our collections. Not only is it popular – but it is also one of the dinosaurs who formed the genome of the Indominus Rex – making it especially iconic for Jurassic World collectors. We did, however, learn that both the Therizinosaurus and the Mattel Plesiosaurus were scrapped – never quite making it to store shelves in the original format they were intended to. While the Plesiosaurus survived – slated for a Wave 2 Battle Damage release, we have not heard about the Therizinosaurus since those initial words spread before the line was revealed – suggesting that for now, this ancient beast may remain extinct.

This one pains me to have to write about. The Legacy Line-up is arguably a fan favourite – providing us with the iconic dinosaurs we all know and love. We’ve got the iconic T-Rex, the savage Spinosaurus, the Tiger-Stripe Velociraptors and many more key characters from the franchise. Legacy characters and dinosaurs have allowed Jurassic Park fans to relive their childhoods – but not all these memories can be relived, it seems.

When the Legacy Line first came out, fans were treated with a sneak peek at Waves Two and Three. Wave Three looked exciting – including a Male Velociraptor from Jurassic Park III complete with stripe, quills and highly-detailed paint applications. The toy looked as though it would go together with the already released Spinosaurus, providing fans with another iconic dinosaur which is known and loved from the original trilogy. This would have been accompanied by a screen-accurate Jurassic Park Dilophosaurus – featuring intricate paintwork, and the ability to squirt water so kids could recreate the scenes with the infamous ‘Spitter’ from the films. These toys looked set to be some of the hottest additions to the Legacy line-up to date. Unfortunately, however, a Mattel employee came out and confirmed that these dinosaurs were not scooped up by Retailers – sending these icons back into the vaults of movie history where they will stay until they are hopefully re-distributed one day in a different guise.

When any toy line has a lot to give, there will always be products which fall by the wayside. Mattel, more than any other company, know what we want as fans and they are incredibly keen to give it to us. But sometimes, retailers don’t want to stock products – and the products designed for collectors don’t always make it to shelves where the collectors can buy them. For the most part, the Jurassic line has been wide released across multiple countries – and Mattel are aware of the products collectors have been unable to obtain which they want to. For now, we can hope that these products may resurface, in alternate forms soon.

Have I missed any cancelled toys? Which ones would you still like to see and why? Make sure to let us know in the comments below and stay tuned for more editorials in the future!