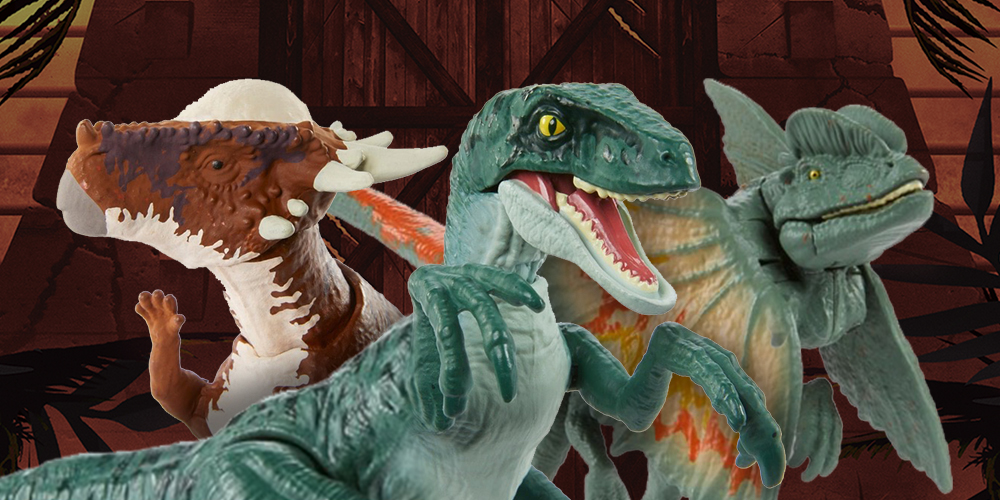 Today, we are incredibly excited to be able to bring you a nice, light-hearted piece of positive Jurassic collecting news to hopefully lift your spirits and fill you with excitement at a time when so much seems uncertain. Thanks to the Smyths team in the UK, we have our first high-definition look at some of the brand-new Savage Strike figures which will be joining the Mattel Jurassic World line-up later this year.

Let’s dive in and check out the latest figures to have broken out from containment! 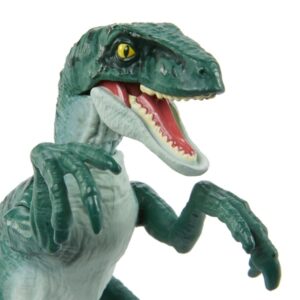 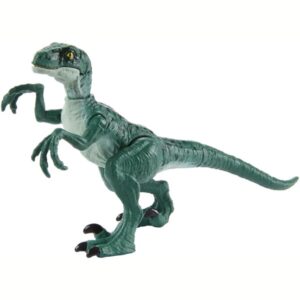 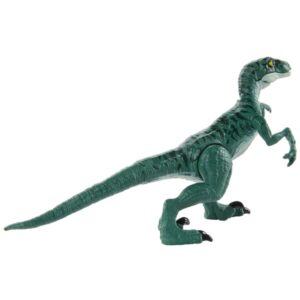 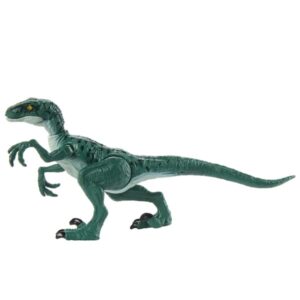 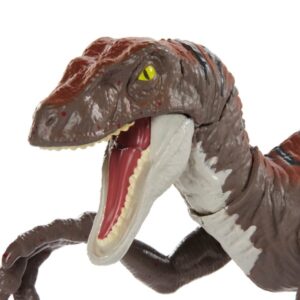 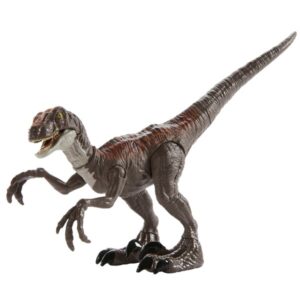 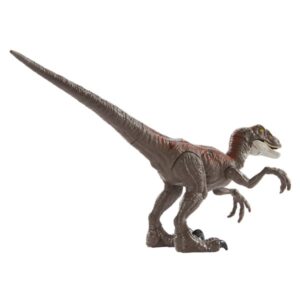 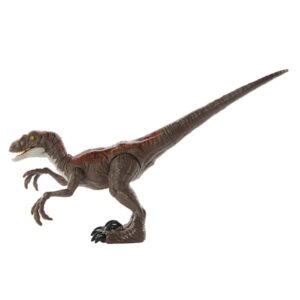 We wanted to kick off with arguably the two least exciting figures from this wave – but still two fantastic figures, nonetheless! These are Mattel’s brand-new attempts at two of the Raptor Squad members from Jurassic World – Delta, and Echo. Both dinosaurs make use of the new mould which their fellow pack member, Charlie, also used earlier this year. The version of Delta we have here is certainly a lot more accurate to the source material – featuring the unique darker highlights around her eyes which this Velociraptor features in the film. The colour-scheme for this figure feels a lot more authentic than the Attack Pack version which released in the Dino Rivals assortment. Echo is also a nice figure, too – but she still doesn’t quite capture the look of the raptor, making use of too many browns and blacks in my opinion.

With that said, it is nice to see Mattel listening to fans and taking another shot at the named raptors from the first film in the Jurassic World trilogy. I think these are still incredibly popular characters with fans – so it is great to have them back in the line! 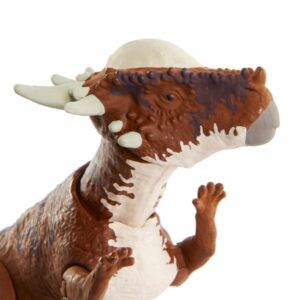 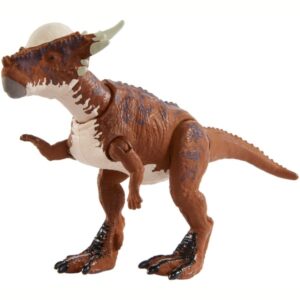 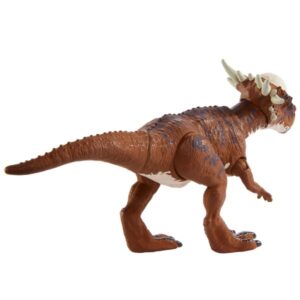 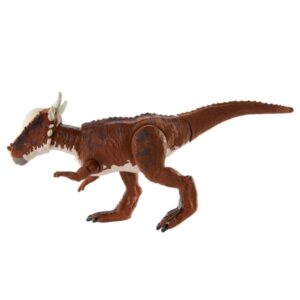 One figure which has me a lot more excited than I initially anticipated is the brand-new version of the Stygimoloch – presenting the first version of this dinosaur which is presented in different colours to those present in Jurassic World Fallen Kingdom. The figure here appears to the use the same mould as the individual carded Stygimoloch which previously came within the Savage Strike line, and utilises some gorgeous brown and dark brown highlights which really stand out compared to the light cream (almost white) colours for the underbelly of the dinosaur. This is a good looking repaint of the Stygimoloch which feels nicely detailed – so it is one repaint which I am rather excited for! 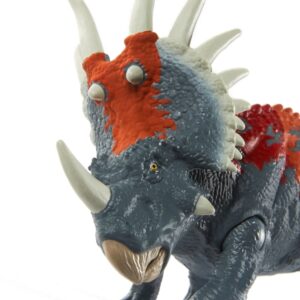 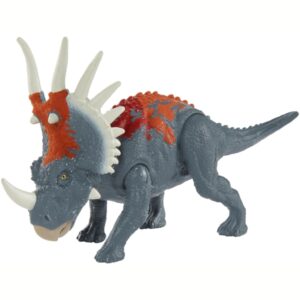 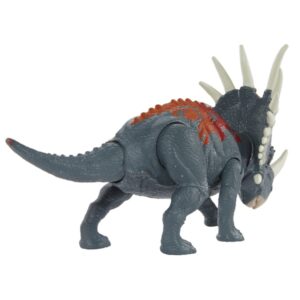 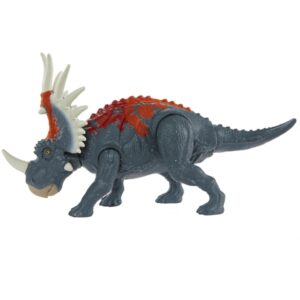 The next figure is also going to be an incredibly popular repaint, as the Styracosaurus is a dinosaur which was scarcely available in the original wave of Savage Strike figures. This is a fun, smaller-scale ceratopsian with a unique and quirky sculpt, and it makes me happy to know that eager collectors will once again can get this unique dinosaur. The dark grey colour scheme is unique when compared to the original dark green version of this figure – feeling nice and distinctive in comparison. I also love the orange and red highlights on the figure’s back and crest, as they contrast nicely with the main colours chosen for the bulk of the figure’s body and horns.

This is going to be a popular figure – so if you stumble across this one, pick it up when you see it! 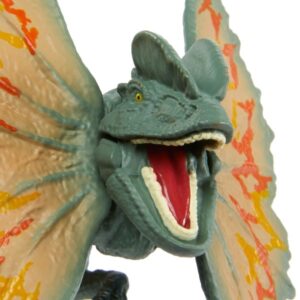 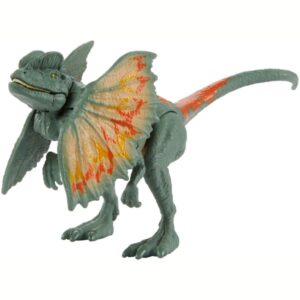 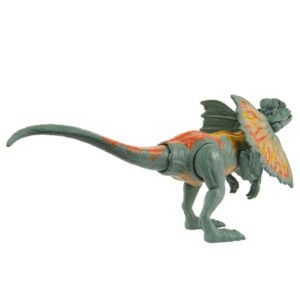 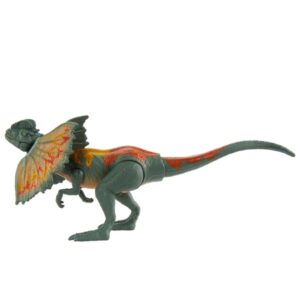 Another popular dinosaur is likely to be the brand-new Dilophosaurus sculpt, which feels as though it comes in a more aggressive and intimidating pose. The play feature for this dinosaur allows you to use the tail to move the figure’s frills – recreating the iconic spitting action that the dinosaur does in Jurassic Park. I really like the colours chosen for this one. The light green, combined with oranges and yellows, feels very close in tone and style to the original Jurassic Park version of this animal – providing us with a gorgeous new figure which is bound to be a hit with classic fans.

Whilst we don’t have the Legacy Collection at present, it is nice to see we can still expect to receive more of the fantastic classic species of dinosaurs. 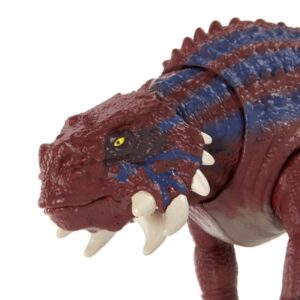 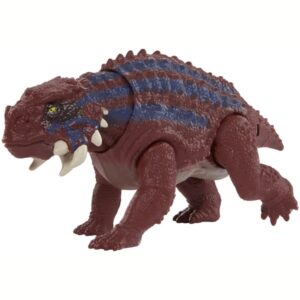 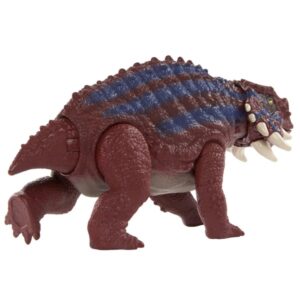 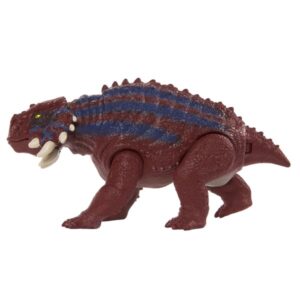 Lastly, we have the Scutosaurus – a reptile which predates many of the dinosaurs in our collections as it existed during the Permian era, when other animals like Dimetrodon walked the Earth. This is an incredibly unique period and one which I find really fascinating – so it is wonderful seeing Mattel embracing the time before dinosaurs and creating a great look at this figure. I love the unique colour scheme here. The blue highlights merge nicely with the brown body whilst still standing out, and the yellow eye with a dark brown highlight around it stands out incredibly nicely and really pops on this figure.

Scutosaurus may not be a new dinosaur – but it is a wonderful interpretation of an incredibly unique historical animal which I am sure will be popular with fans.

That’s it – that’s your look at the brand-new Savage Strike figures which will be arriving later this year! What do you think of these figures? Are you excited for the repaints considering they are slightly rarer figures? What do you think about the new sculpts?

Let us know in the comments below! Stay safe, take care of yourselves, and make sure you stay tuned for Collect Jurassic as we bring you all the Jurassic toy news and content you need to get through this quarantine!