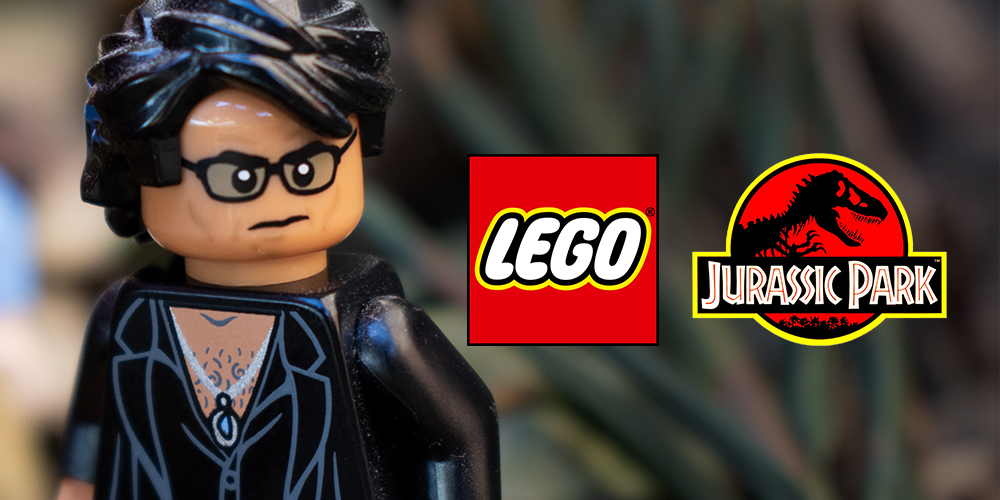 Jurassic fans longing for a trip back to the Isla Nublar of 1993 brace yourselves – as it sounds as though we will be getting a trip back to Jurassic Park this summer thanks to the upcoming LEGO Direct-2-Consumer set due to hit stores around the June mark.

If you missed our prior speculation on the D2C set (take a read here if you want to catch up), it looks as though the chances of LEGO giving fans a definitive version of the Visitor’s Centre are looking more and more likely thanks to some recent leaks which debuted on the internet today. The leaks, which we’ve embedded in this article but won’t directly host on Collect Jurassic out of respect for our friends over at LEGO, suggest that VERY soon collectors will be able to get minifigures of some of their favourite Jurassic Park characters – as well as one very popular Jurassic Park meme too.

Yes, for those of you wondering about that meme comment – a sexy Jeff Goldblum LEGO minifigure is on its way. Leaks showed us not only a sweaty Malcolm face in the same tan colour as the one included in the Bricktober pack (which I reviewed over on The Jurassic Park Podcast), but also a taste of Malcolm’s unbuttoned apparel, complete with charmingly tongue-in-cheek LEGO chest hair. This has proved to be the meme that keeps on giving when it comes to the Jurassic community.

Not only do we have Malcolm, however – but we also have a leaked face print for John Hammond which is single sided, and complete with his spectacles and beard. This is identical to the John Hammond face print which appeared in LEGO’s The Secret Exhibit – so I imagine the minifigure itself will be very similar when we eventually see it revealed. We also saw a face print for Nedry – complete with alternate Dilophosaurus venom caked facial expression. This is a fun tongue-in-cheek nod to the character’s demise in the film – and suggests that maybe the set we have coming will in fact include the iconic Jeep Wrangler in LEGO form too.

We also saw two more torsos revealed – with Nedry’s perfect yellow raincoat complete with JP Logos and ID badge, and the torso of Ray Arnold. This torso is spot on the money as well – and very like the one which we saw in the LEGO Jurassic World videogame. This gets me very excited as not only do we know Ray Arnold is confirmed – but I am excited to get another interpretation of Samuel L Jackson in LEGO format.

So, with Nedry, Hammond, Arnold and Malcolm confirmed, I think it is safe to say that characters like Muldoon and Gennaro may also be in the pipeline. Make sure you stay tuned here on Collect Jurassic – as we will make sure to let you know the moment LEGO reveals official news on this upcoming set.