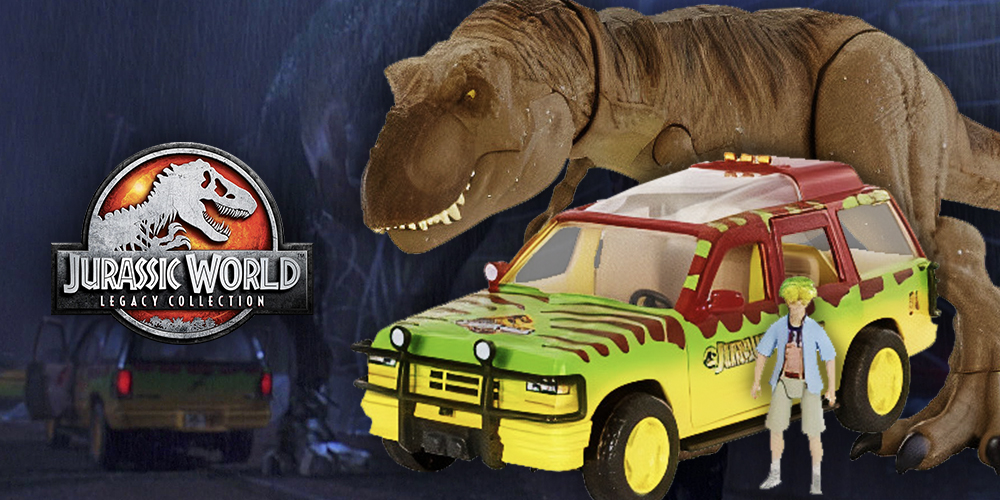 I’m not going to waste any time with the introduction to this article – the vehicle which all of us have been asking for is finally coming to the Jurassic World Legacy Collection. At long last we are getting the 1/18th scale Ford Explorer we have all been craving – this one being Explorer 04 from the iconic T-Rex breakout sequence in the first Jurassic Park film. Let’s talk about this fantastic new playset!

The key feature here is the 1/18 scale Ford Explorer – and it looks as though Mattel have gone to town with the paint applications and details on this vehicle. Everything from the rollbars and caged tail lights feels authentic, and we even have smaller details like the sculpted sensor at the front of the vehicle, and the additional spotlight on the passenger side. Even better, however, is the fact that the Explorer has opening doors – something which we haven’t seen on any of the other vehicles in the Legacy Collection. Whilst you could argue there are a couple of imperfections here and there, the vehicle overall looks perfect – encapsulating the iconic vehicle which we have all come to know and love. 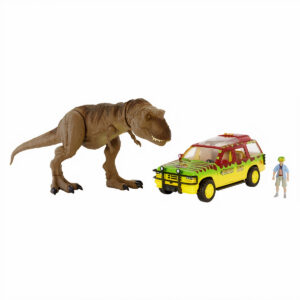 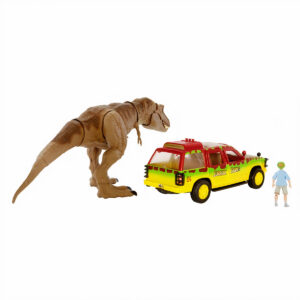 Even better – the set comes with another brand-new human figure in the form of Tim Murphy – a character which fans have wanted to add to their collections for some time. Whilst the set would have benefitted from the inclusion of Lex, too, we can’t complain as Tim appears to have received a LOT of paint applications. He has a striped T-Shirt, paint for his socks and shoes, and also even paint for his neckerchief – all of which feels much more detailed than the recent release of Dennis Nedry. Combine this with the inclusion of some Night Vision goggles, too, and we have a fantastic new addition to the ever expanding list of human characters now available. 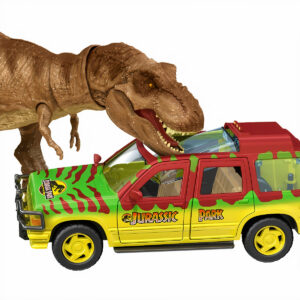 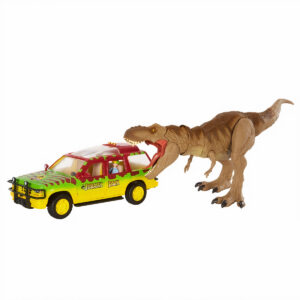 Lastly, but by no means least, we have the ever-iconic Rexy included – this figure in arguably her most authentic classic JP paint scheme yet. The T-Rex appears to be a re-deco of the pre-existing Extreme Chompin mould, but she looks fantastic here – with her darker, more earthy tones reflected on this figure. We all know that this set isn’t about the T-Rex – but having her included with such a nice level of detail is commendable, and helps to make this a complete package. 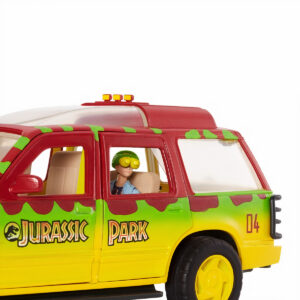 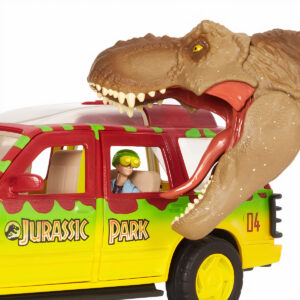 Courtesy of Smyths, we know that this set is going to retail for 39.99, and is due for release in June of this year. The set is currently up for pre-order in the UK, and we would imagine this set will eventually turn up as a future reveal for Beyond The Gates on Target, too. The official description reads as follows:

The Jurassic World Legacy Collection roars into action celebrating classic moments, themes and characters from the blockbuster film franchise! This movie moments playset is an exhilarating way to relive the pivotal scene from the original Jurassic Park film when young Tim Murphy, wearing night vision goggles, hides from the T. rex in a Ford Explorer and eventually escapes!

Replay all the action of the dinosaur attacking the truck, with a breakaway roof for realistic frightening moments! All elements feature authentic sculpting, colour and realistic texture for action-packed play! Colours and decorations may vary. For ages 8 years old and up.

It’s safe to say we can’t wait to get our hands on this set! What do you think? Let us know your thoughts in the comments below, and stay tuned here on Collect Jurassic for the last Jurassic collecting news!