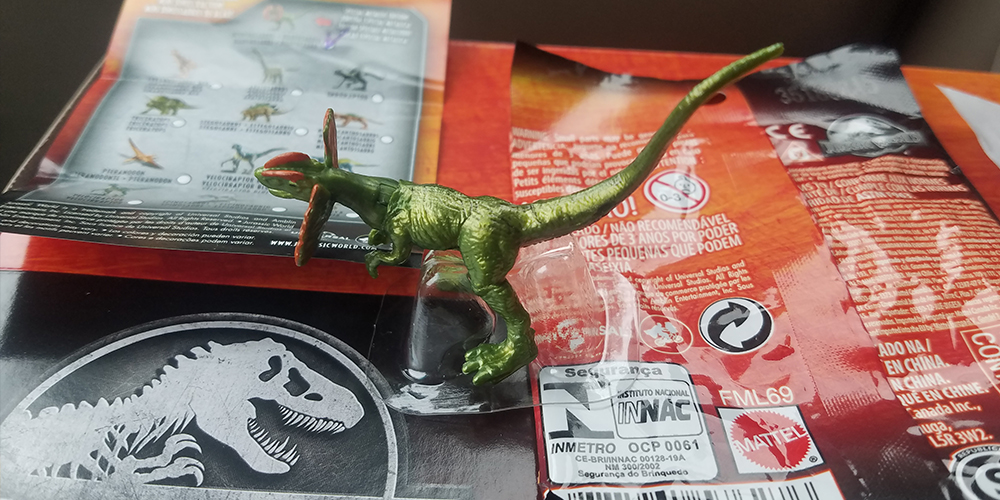 The ever-popular Mini Dino blind bag figures from Mattel continue to live on with yet another new wave hitting Target stores in the US. When we last reported on new releases in this assortment, the only pseudo-new dinosaur to join the tiny lineup at that time was a metallic re-deco Velociraptor. This latest series again consists of mostly repacks, with the exception of another metallic dinosaur: Dilophosaurus!

TLC Toys sent our tip line the below photos of Dilophosaurus figure, as well as shots of the box which showcases other dinosaurs re-releasing in this wave. They also were kind enough provide the blind bag code for the new figure. Yes, that sort of defeats the point of a blind bag, but with literally every other figure being a re-release we won’t judge if you “cheat”. Happy hunting! 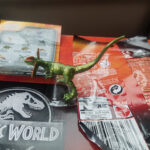 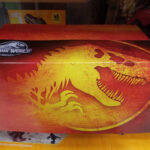 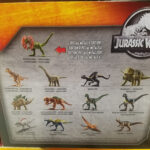 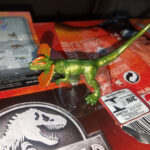 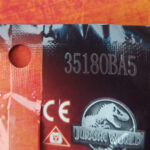