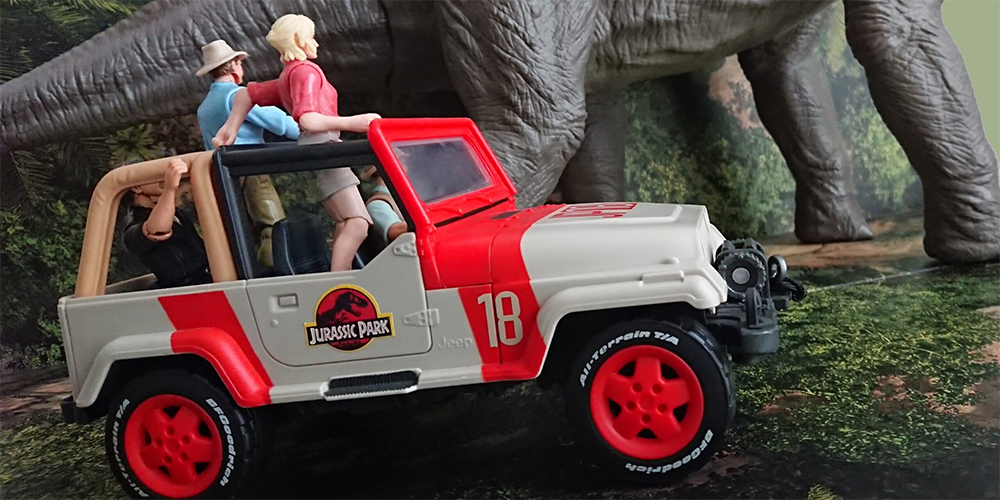 In our next Community feature we’re joined by Bapstiste, aka @jurassicbap (Instagram, Youtube, Twitter, Facebook), who can best be described as a Jurassic franchise vehicle super-fan. Learn more about his area of expertise and enjoy some of his toy photography comparisons below:

Jurassic Vehicles, what a story! From 1993 to 2017, it’s like nothing much happened overall. Poor accuracy and proportions, despite many attempts from Kenner, Byggis and Burger King (to name a few). Owning nearly all Jurassic related toy vehicles made, and having made reviews of them, I can say there were however a few exceptions, the Revell Mercedes-Benz ML kit and Toy Biz RC version, the Johnny Lightning Diecast, a few of the Jada Toys models and the amazing Schuco Mercedes-Benz MLs. But why? Why leaving such a large part of what make Jurassic movies aside? The answer probably lies in 2 points.

The first point is simple, time. Most of the time the vehicles released in movie years by toy manufacturers were inaccurate because they were based on early concepts from the film and not from final vehicle, this to let them the time to produce and review the toy. Plus, it’s very recent to produce toys from films in a non-movie year, and to re-make toys from old films. 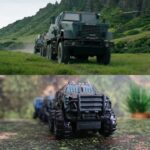 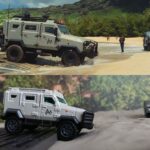 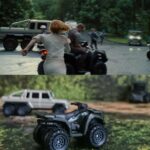 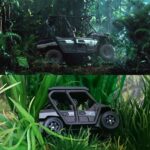 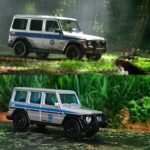 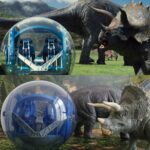 The second point is the involvement of everyone into the product design. Not all the toys are reviewed by Universal for example, just a batch. Not all the toy manufacturers pay extra attention to details of logos… and not all the auto-makers have the same attention to their derivatives (we can really praise Mercedes-Benz for their involvement on that because for information, not all auto-makers give their rights for toys).

But, with the astonishing success of Jurassic World (well deserved if you want my opinion), everyone realized that Jurassic World could be the new property with a huge potential. Mattel arrived in the game, with a huge expertise in vehicle making, but also, employees fans of the first movies when they were kids, and who are now, just like us, amazing geeks who know perfectly what fans want. Universal also understood how much the fans had expectations unfulfilled.

Hopefully with everyone’s vigilance, the second point is now mostly perfectly understood (Have you noticed how Mattel fixed the Ford Explorer left side logo from the 05 to the 04 version? That’s amazing!). The first point remains unfortunately an issue, just look at the Gyrosphere Blast Vehicle and it’s Matchbox 1/64 counterpart, they are way closer of Arnaud Valette’s concepts that the final movie vehicle, and it’s actually sad that in Jurassic World Fallen Kingdom such a few efforts were put into the final vehicles. 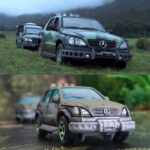 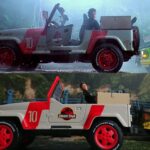 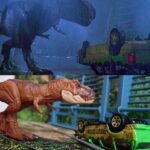 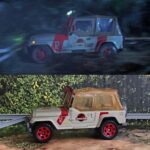 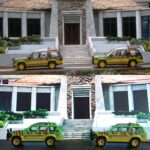 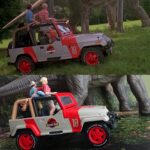 I’ve honestly been impressed by what we had from Mattel since 2018, Matchbox 1/64 line is simply what I hoped for since I first saw Jurassic Park at 3. The full collection can be seen here : https://flic.kr/p/2i9AfeJ and yes, that muddy 5-Pack wrecked Explorer, and Batlle Damage JW Series 2, are nearly impossible to find… Some of the logos are so detailed, from « For Official Use Only » on the G550 doors to the stripes of the Ford Explorer, or the ones of the Airbus Helicopter, it’s fantastic ! And what a dedication, making the wrecked Explorer 04, this is GENIUS. I wish Mattel will add someday the JW Mobile Veterinary Unit Unimog, Sprinters & Pinzgauer, TLW Ingen alternative Jeeps and Humvees.

The full community agrees, we need more accurate larger vehicles. We need a toyline compatible Ford Explorer, ML, RV, G550, G63 AMG 6X6… The RC Textron could be re-released in beige, and the Jeep Wrangler could have that extra rear-tire added. But let’s take a moment to appreciate what we already have well made : the Jeep 18, JW Gyrosphere & Helicopter, JWFK Submarine and Rescue-Rig (Oshkosh to be precise)… And something which is an holy grail, the truly beautiful 1/18 Scale Jeep Wrangler 18 Diecast, hear me out Mattel & Universal : This needs a re-issue worldwide, and not be a one-shot! We need more! 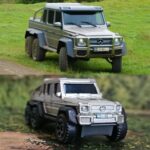 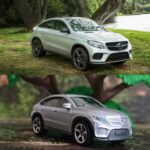 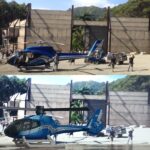 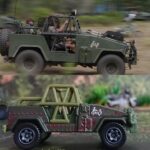 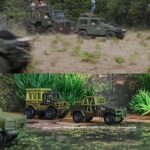 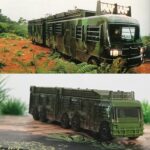 This drives us to my latest series of photos, made to give an homage to what Mattel did so far. Hope you will enjoy it !

To finish I’d like to write a last thing for the people working on the vehicles derivatives (Universal, Toy companies, etc). Fans want more, yes more! And please, a random non-movie vehicle with a movie logo doesn’t work. There’s over 30 vehicles, not counting the Helicopters, Planes and Boats in the 5 films so far. So from Bikes to ATV, UTV and 4X4, I think there’s already many options to fulfill any need for any toy. And the last thing will be the accuracy on the logos on the vehicles. There’s an obsession for the movie logos that features in full text Jurassic Park or Jurassic World. This has to stop, this type of logo is only on the Jurassic Park Jeep doors and Ford Explorer hood, plus, it’s already printed all-over the toy boxes ! So, keep it on the box, and keep the cars accurate.