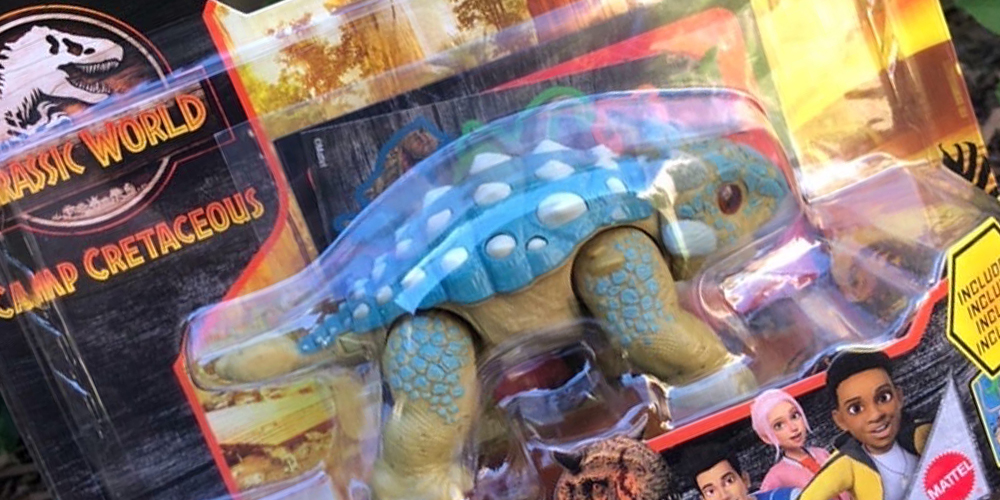 We’ve had quite a slow spring in terms of new Mattel Jurassic releases, which is understandable due to the ongoing global health situation that has affected both manufacturing and supply lines. With that in mind, we’re incredibly happy to report that new toys are finally being found, including new figures from the upcoming Netflix show, Jurassic World Camp Cretaceous!

Multiple sightings from Australian collectors show the Attack Pack figure of Bumpy the Ankylosaurus as well as a new Snap Squad wave that presumably is made up of species from the show as well. But before we get into that, let’s take a closer look at everyone’s favorite baby dino, Bumpy! We already took a pretty close look at the toy itself earlier this year at the New York Toy Fair, but seeing the final product in its Camp Cretaceous packaging is almost more exciting. The card artwork has many intriguing details: the new logo, what looks to be a redwood treat (Isla Sorna, anyone?) and some sort of tree-house structure. Front and center though, is our first look at a few of the animated characters from the show being flanked by Toro the Carnotaurus. Yes, the human designs are definitely stylized – but Camp Cretaceous is aimed at kids so that isn’t too surprising. We’ve heard that the dinosaurs themselves still look very realistic to match their film-based counterparts, and that within the context of the show they blend together well with the more stylized elements of the series. Time will tell, but this first glance at the human designs certainly has people talking! 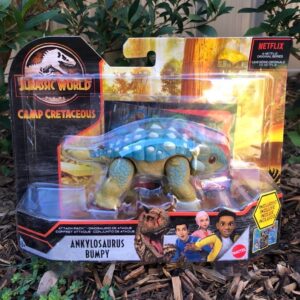 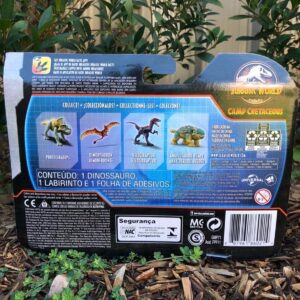 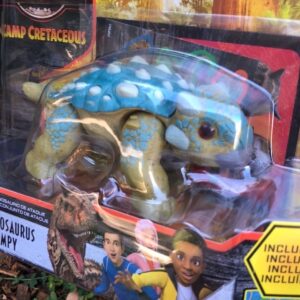 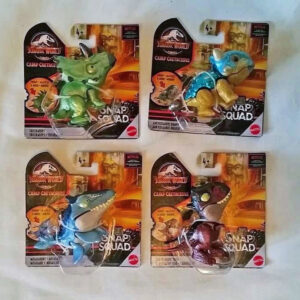 Aside from Bumpy, the reverse side of the card shows that a re-packed Protoceratops and repainted versions Velociraptor and Dimorphodon. While not all of these figures have been spotted down under, the repainted Mussaurus we also saw at Toy Fair has been found. Interestingly, only Bumpy has Camp Cretaceous artwork on its packaging. The rest feature the standard 2020 Primal Attack artwork.

Lastly, the new Snap Squad seems to consist of all species presumably in Netflix’s Camp Cretaceous: Bumpy the Ankylosaurus, Toro the Carnotaurus, Mosasaurs and Triceratops. While the last two haven’t been 100% confirmed as being in the show, the fact that they have been specifically released in this latest wave with the Camp Cretaceous artwork and new metallic paint deco hint that that’s the case.

With a new Jurassic animated series just around the corner, the excitement is definitely ramping up as we see more and more toys and merchandise trickle out across the world. Many of these latest finds ask more questions than answers, but all will be revealed later this year when Jurassic WOrld Camp Cretaceous finally graces Netflix in August.