You’re joining Tom here on Collect Jurassic – and today we are continuing our look at some of Safari Ltd’s 2019 Dinosaur offerings. The Carnivore we are looking at this time is going to be popular with those of you who are big fans of the Jurassic World series, as this dinosaur finally saw its on-screen debut in Jurassic World Fallen Kingdom. We are looking at the large bipedal dinosaur from the late Jurassic period known as the “different lizard” – or Allosaurus. 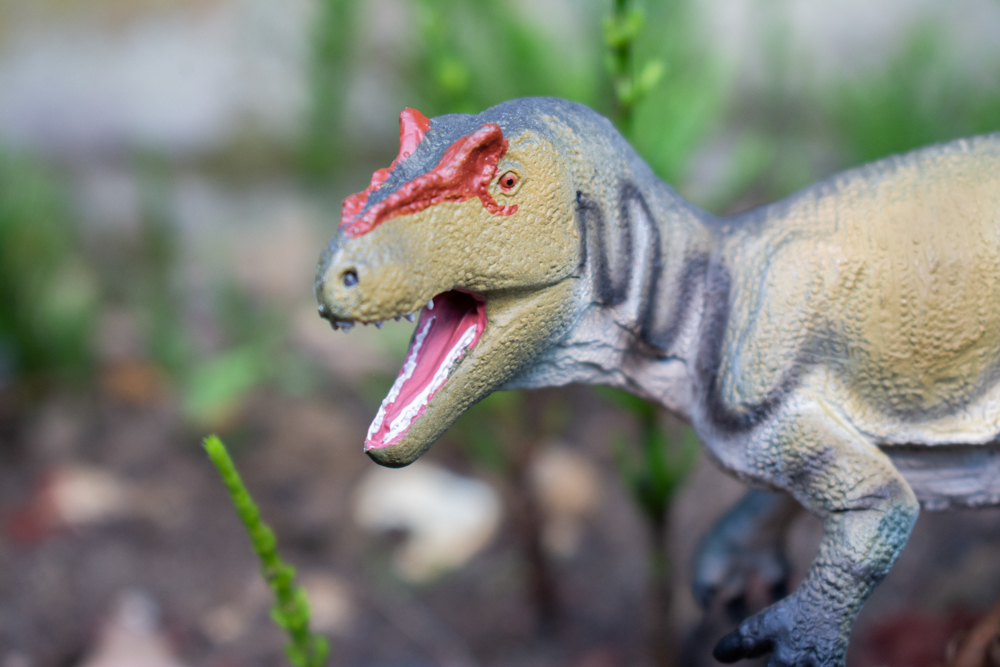 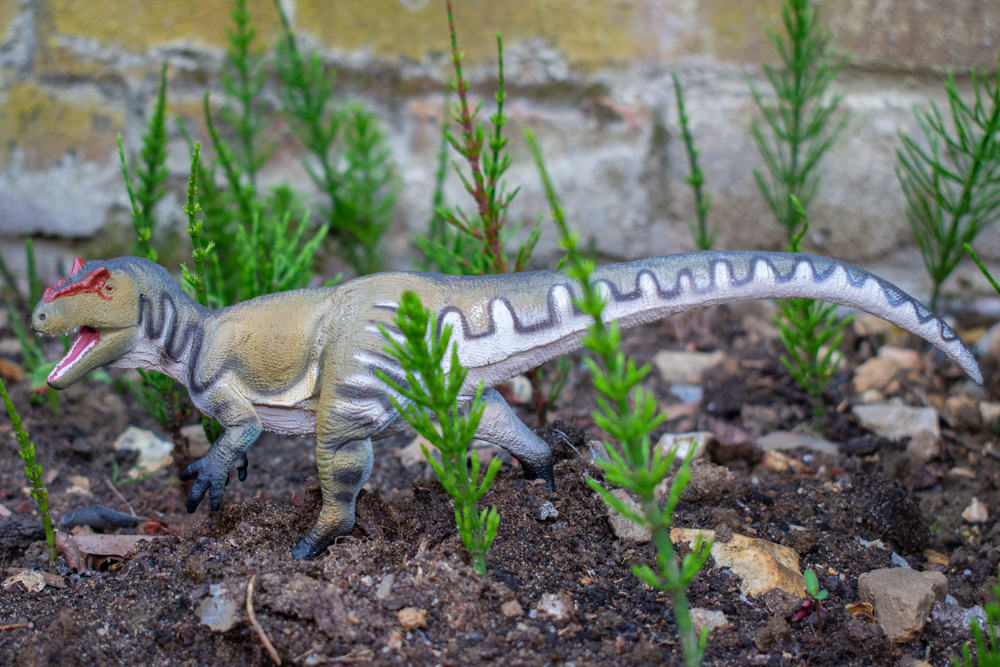 I will admit – I am in love with the paint scheme which Safari decided to use for the Allosaurus. The main colour scheme of the dinosaur mixes a light, mustard-like yellow with a dark grey colour to create this gorgeous looking figure. The paint work here really services to only exasperate the great sculpted details. Of note here is the paint work for the patterns which extend down the dinosaur’s legs and through its tail. The black and white curving and straight patterns look fantastic – breaking up the colour scheme and adding some nice unique patterns to the dinosaur which don’t break the idea of it being more grounded in realism. I also love how the patterns here are used to good effect – allowing the painter to effectively blend the dinosaur’s more natural tones with its white underbelly to good effect. Another incredibly well-done painted detail is the black feet and hands – which blend seamlessly into the rest of the dinosaur. Often, it can be clear to see division line where two paint schemes on a dinosaur blend – but here, Safari have worked meticulous to keep the character looking authentic and realistic throughout. 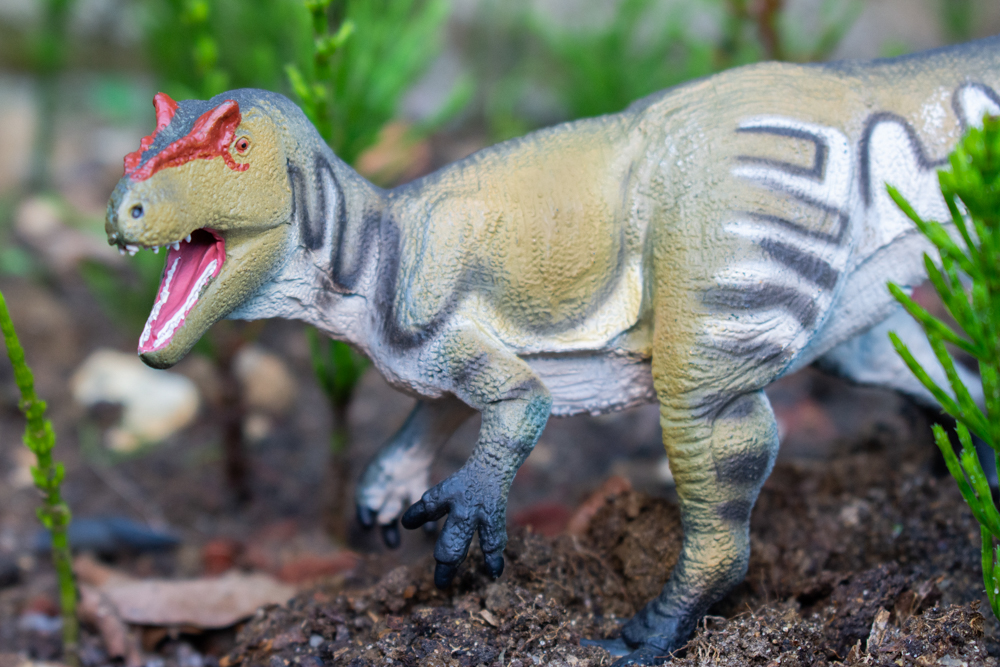 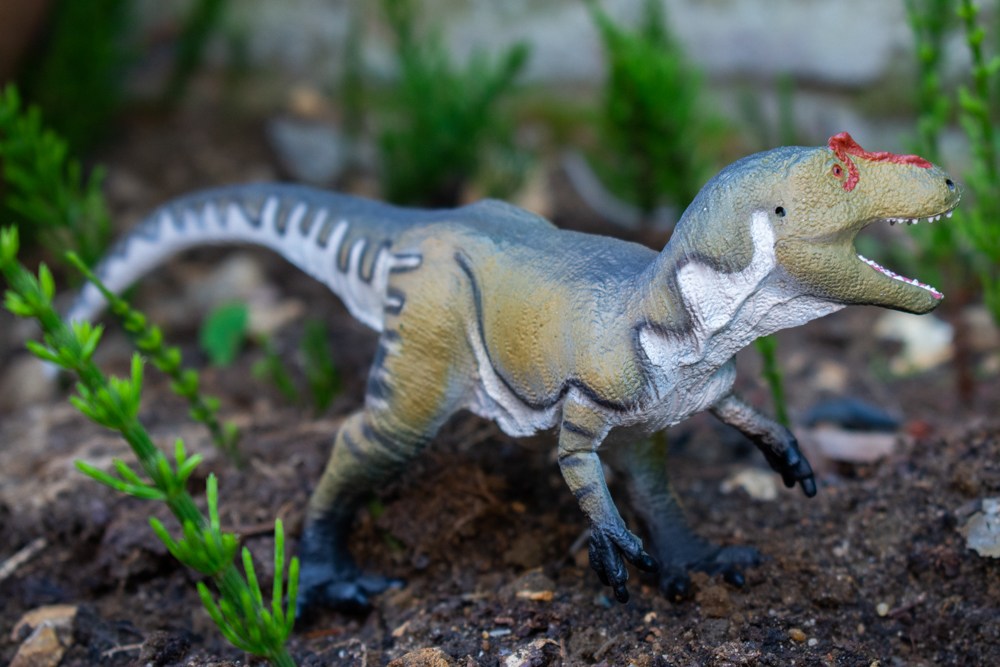 The sculpt of this dinosaur is particularly impressive too. I think the decision to pose this animal leaning forwards, almost in a pounce-esque pose was incredibly intelligent – as it enables the sculptors to add a level of dynamism to a figure which is otherwise wholly static. The key feature of the Allosaurus is undoubtedly it’s horned crest – and the crest here looks great, especially with the choice of crimson colouration to add a nice highlight to the character’s overall aesthetic. The figure here is equally as well sculpted as others in the assortment – with the skin feeling nicely textured, and in some areas, incredibly reptilian in its nature. I also like how the designers of this toy were careful to ensure its toes were widely spread – providing a great platform for the character to maintain its dynamic stance. The jaw here is also of note – with the teeth, whilst small, nicely sculpted to provide the simulation of individual teeth within the mouth of the Allosaurus. Everything here feels great – and I also really like the scale of this figure. It isn’t massive – and thus is incredibly light and easy to position. Whilst I feel that adult collectors will appreciate Safari more due to its intricate attention to detail – I do feel that the light weight and rugged nature of this figure would make it a great toy in the hands of a child. 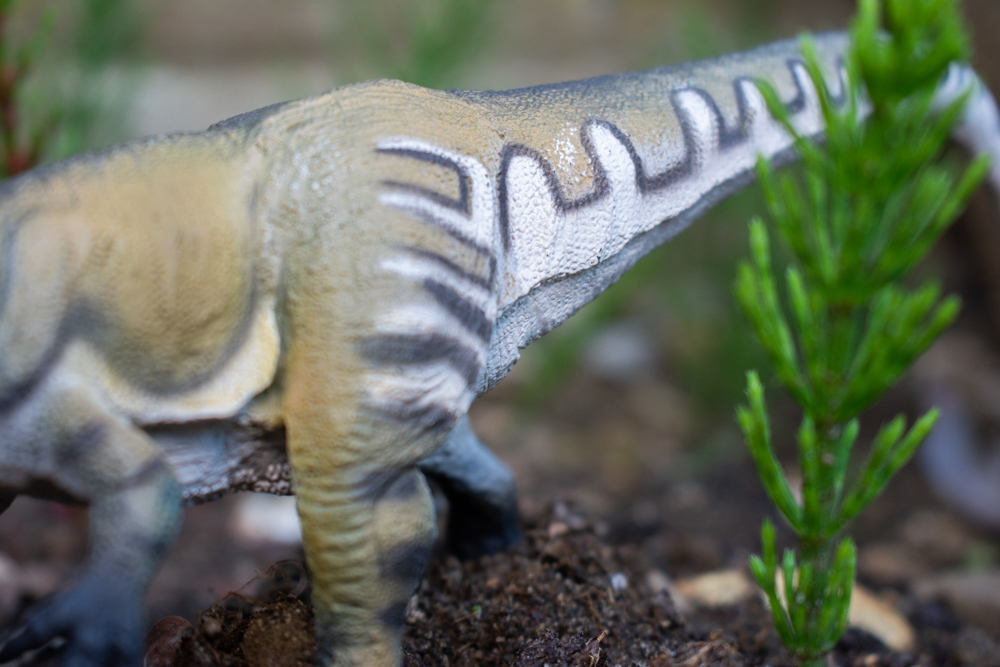 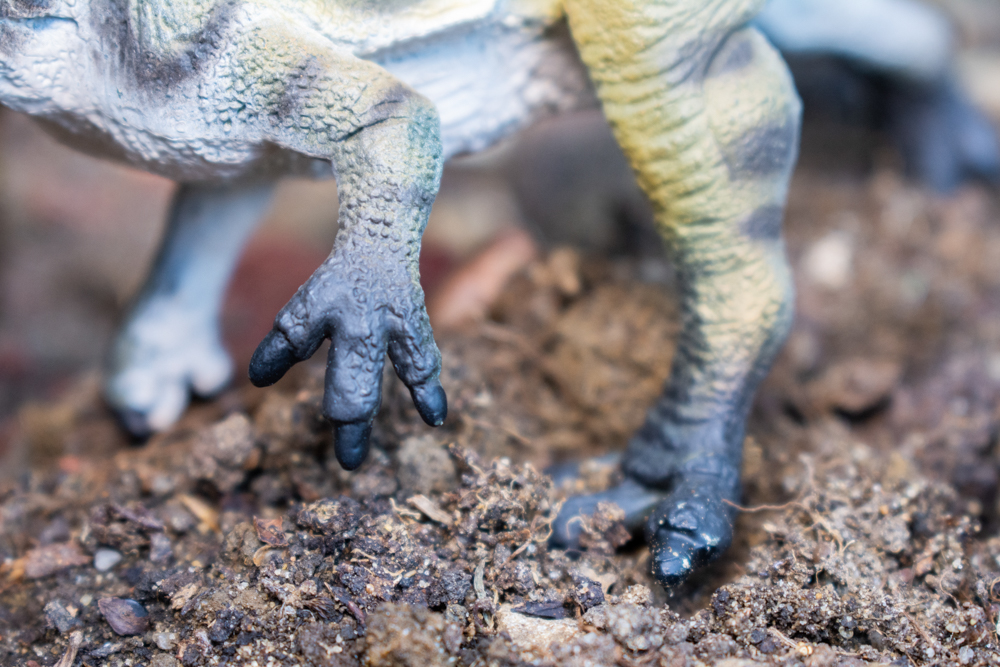 Overall, I really like the Allosaurus. I think the pose was a stroke of genius – making the character feel dynamic, and really capturing the idea that this character is a carnivore hunting down some prey. In that regard – Safari nailed this figure. At $14.99 USD, this is a great rendition of an increasingly popular dinosaur.

Thanks, again, to Safari for sending this sample my way. If you would like to pick up your own Allosaurus, you can ‘Bag it’ on the Safari Ltd store today for an extra 20% off courtesy of Collect Jurassic. Just use promo code “CollectJurassic1”, or click on the link below.