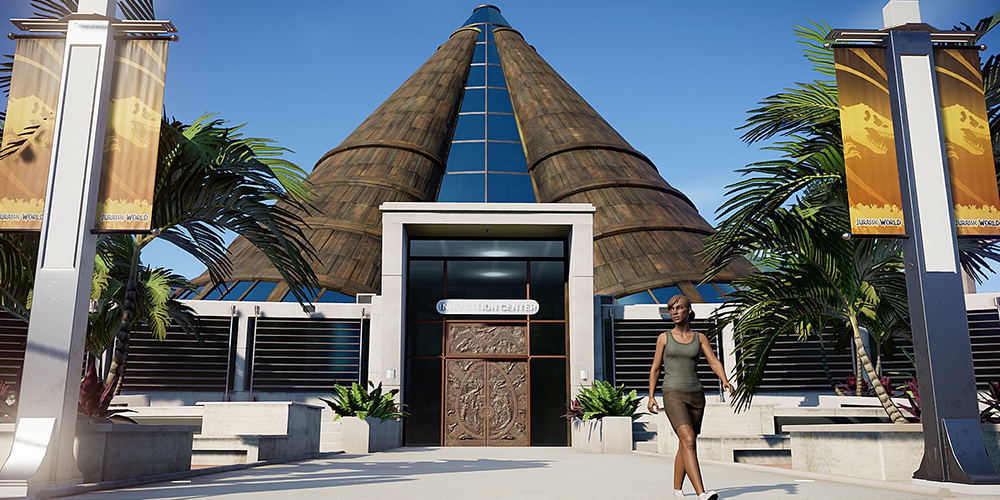 With many rumours of planned games, and cancelled ‘Survivor’ titles, it was exciting to see a new Jurassic game drop on both consoles and PC for fans of all ages to enjoy. Years after the release of Jurassic Park: Operation Genesis, we finally had the opportunity to build our dream parks in a new generation filled with high-end graphics and limitless possibility.

When I talk about this new game, I am of course talking about Jurassic World Evolution (Available on Xbox One, Playstation 4 and PC via Steam). With the release of the ‘Claire’s Sanctuary’ DLC tomorrow, I wanted to take a moment to reflect on this fantastic videogame – and what it has brought to fans both big and small across the Jurassic world. 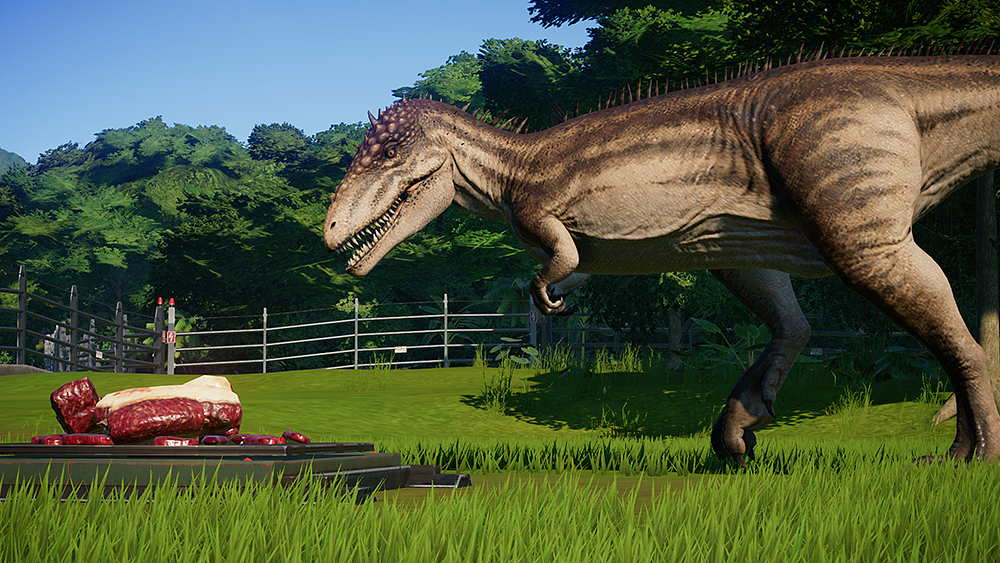 Whether you loved or hated the game come its release, it is safe to say that Jurassic World Evolution’s debut was divisive amongst fans. Many fans enjoyed sinking their teeth into a new and modern interpretation on the Jurassic franchise – whilst others longed to revisit the old fan-favourite JPOG. On a personal note – I was incredibly excited. Through my work with The Jurassic Park Podcast, I had the opportunity to visit the studio making the game, and I had become great friends with a handful of the developers working on the project. It was clear to me, from the very outset, that these guys were passionate about Evolution and were passionate about getting things right – so I was confident that this game’s release would only be the start of good things to come. I dived deep into the game – and found myself lost within the great expanse of the Five Deaths. I loved how each island had its own character – and I loved how new (and more dangerous) dinosaurs joined my park roster with each mission completed. Whilst the story left some narrative to be desired, it did a good job in grounding itself within the canon – and I appreciated the little morsels of information sprinkled throughout. 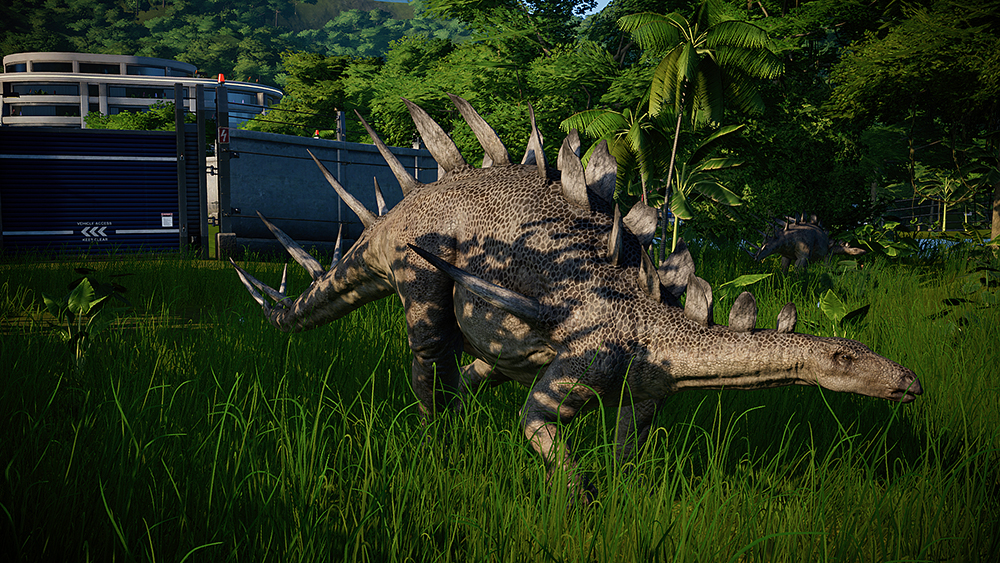 Where this game really excelled for me, however, was with the sandbox mode – aptly accessed through Isla Nublar itself. I absolutely adored this mode – so much so that I turned my first experience with it into a series called ‘Building A Dream’. It was really exciting to be able to get hands on with the real core assets of this game – without warning about any breakouts, or any rogue factions sabotaging my park as I created it. This, I feel, is where Jurassic World Evolution truly excels. The sandbox mode started out as a blank canvas – not only for us, but for Frontier as a games studio too. They have really been able to listen to the fans – adding in features which will enhance the overall longevity of this as much more than just a game – but as an ongoing service. Many games struggle to adapt to the ‘live service’ model but I feel Evolution has done it well – taking the time to focus on real quality of life updates which will breathe fresh life into an already incredibly popular game. Updates like the Capture Mode continue to highlight how the developers are in touch with fans – adding features which have been heavily requested. 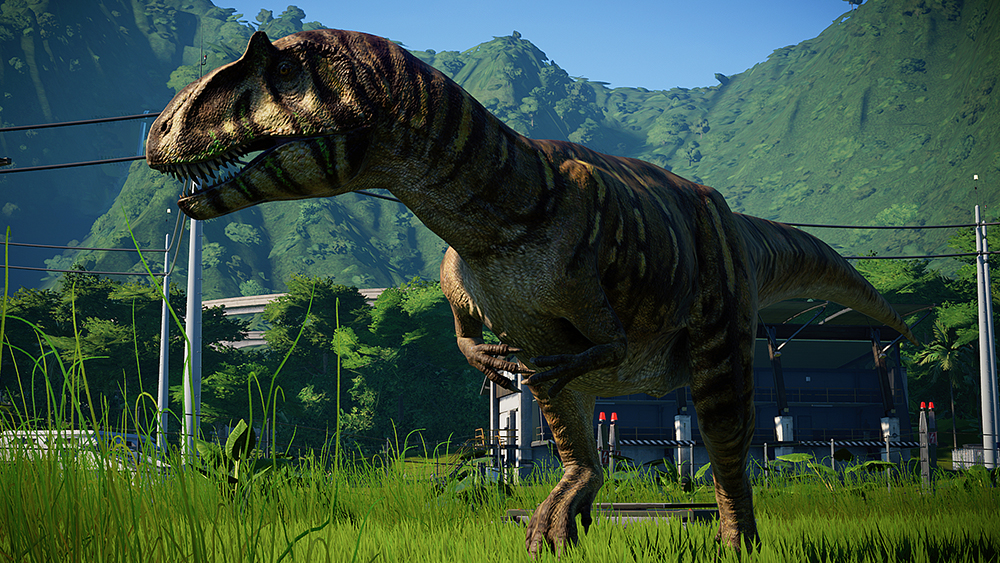 When it comes to games as a service, one thing which we often dread is the term ‘DLC’ – but this is, again, something which I feel Jurassic World Evolution has managed to explore particularly well. Take ‘The Secrets of Dr Wu’. This DLC explores the exciting concept of hybridisation – something which has been a key pillar of the Jurassic World franchise, and which was heavily hinted within the first film in the new saga. In this DLC we get to see Wu actively experimenting with new hybrid dinosaurs – something which we are unlikely to ever see on screen again due to the mixed receptions that both the Indominus Rex and the Indoraptor got. It is great to see how this DLC explores an alternate reality where more hybrids exist – as it really takes that concept and cracks it wide open. I also adore how in the upcoming ‘Claire’s Sanctuary’ DLC, we will get to explore an alternate timeline – where Claire managed to save the dinosaurs and is now working out her next steps in constructing a lasting ecosystem as these dinosaurs once again battle to survive on an island. This is a great way of exploring alternate story ideas – and I think it shows how receptive Frontier have been to ideas put forward from fans. This is great – as we get to explore more Jurassic stories that I think we will all love. 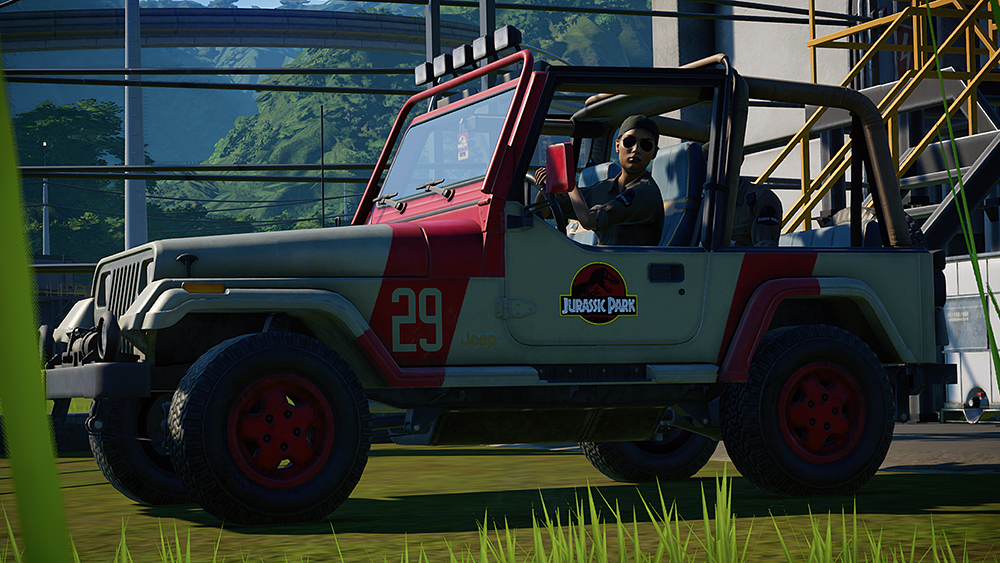 Above all else, I really wanted to write this piece to share a little bit of my love for Evolution with you all here on Collect Jurassic. I know we are here to talk primarily about collectables – but videogames are merchandise too, and they are a very exciting part of it! Between the great Mattel toys, the awesome LEGO sets and this great video game, I really do feel as though we have been spoilt for ways to relive our Jurassic fantasies. I am so grateful to be a part of this community at a time where people – like those working for Frontier – are so passionate about the products they are bringing us! It really does show, and only serves to strengthen our community.

Do you enjoy how much JWE has changed in the past year? Have you been having fun with capture mode? Let us know in the comments below!

Jurassic World Evolution is available on Xbox One, Playstation 4 and PC via Steam.