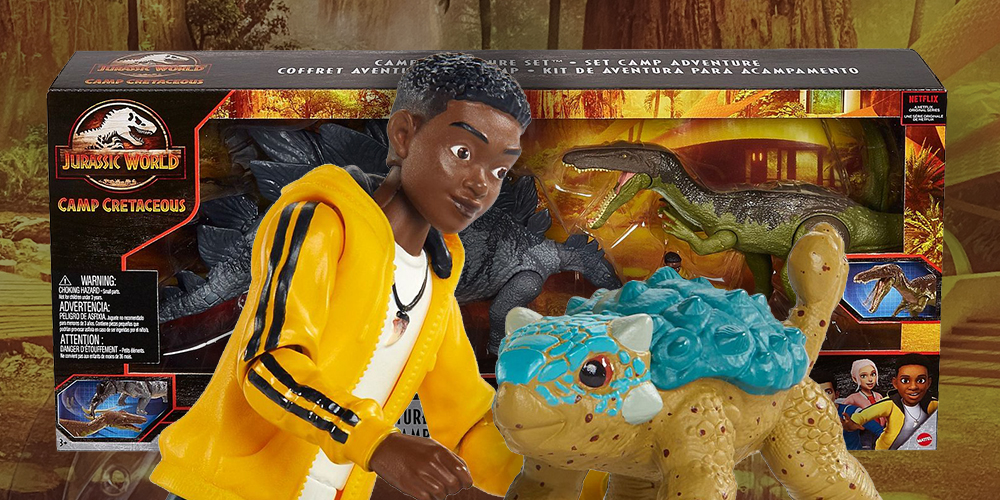 Thanks to our friend Matt M, over on Twitter, we have our first sneak peek at another one of Mattel’s offerings for the upcoming Netflix animated series, Jurassic World: Camp Cretaceous. 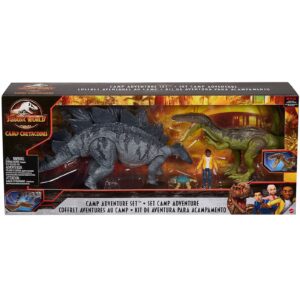 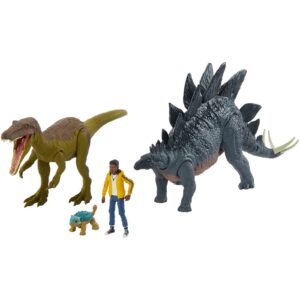 The description for this play-set reads as follows:

Be a part of the adventure with the Camp Adventure Set™ inspired by the Jurassic World animated series, Camp Cretaceous! This exciting set includes a Darius action figure (6-in/15.24-cm tall) and 3 dinosaur action figures: adorable Bumpy the baby Ankylosaurus, a Baryonyx and a Stegosaurus (push the spike on back for a tail strike). Play out favorite scenes or make up your own adventures! Take home the excitement of Jurassic Park with the Camp Adventure Set™! Makes a great gift for ages 4 years old and up especially fans of the Jurassic World, dinosaurs and action play! Colors and decorations may vary. For more dinosaur fun, download the Jurassic World Facts app (Android and iOS) to scan and watch your dinosaur come to life, zoom in on dinosaurs up close, hear dinosaur roars, learn fun dinosaur facts and more!

Interestingly, this playset reveals the name of one of the human characters to us – Darius, one of the children who will be a part of the roster of characters in the upcoming short. The figure is listed as being 6-inches tall, but looking at the sculpt we can see that Darius clearly reuses the legs from Maisie, so that emphasises that this figure is 3/34 inches and that the listing here is wrong. Interestingly enough, we get a small scale Bumpy to accompany Darius – which is drastically smaller than the Attack Pack version of Bumpy we originally saw as a part of the line-up. We are willing to bet that this means that Bumpy may be a little bit smaller than we all expect – with Universal Studios perhaps attempting to rival The Mandalorian’s very own Baby Yoda. 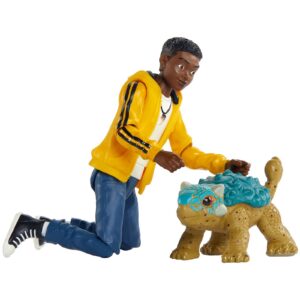 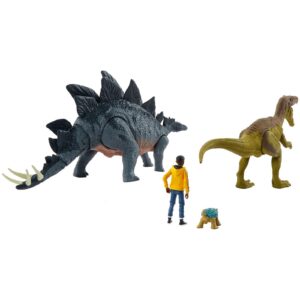 Also included here is a beautiful repaint of the Baryonyx. We had initially seen some speculation back at Toy Fair that the Baryonyx characters in Camp Cretaceous would be named, but that doesn’t appear to be the case for this particular variant. The figure looks to reuse the beautiful battle-damage sculpt that we saw in the Baryonyx Breakout set, with the simple non-electronic bite function. I am interested to see how the Stegosaurus will work here, however, as it appears to be a retool of the pre-existing sculpt without the prevalent scales which enable us to swing the tail. The description suggests that one spike can be pushed to make the tail move, so perhaps this is another retool, providing us with a new sculpt for the Stegosaurus which may be used in the future. 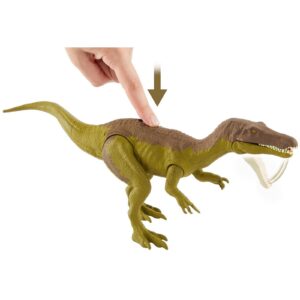 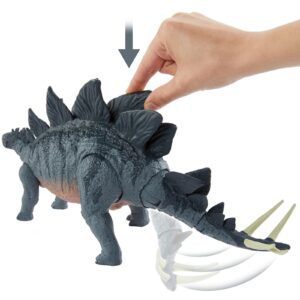 Although there is currently no price point on this product, we’d estimate between $30 and $50 given the volume of Dinosaurs you get here. It is wonderful to see Mattel embracing the playset formula as a way to release new human characters into the line – and this does make us excited to see if we will get more human characters from Camp Cretaceous in the future.

What do you all think? Will you be buying this pack when it releases? Stay tuned to Collect Jurassic for the latest news on Camp Cretaceous toys, alongside all other merchandise relating to the Jurassic franchise!