For those of you who missed it, today Universal Pictures shared the trailer for the upcoming DreamWorks Animated Show, Jurassic World Camp Cretaceous. You can check out the trailer above. Now, we don’t have too much in the way of additional information currently – with the one-minute trailer not showing too much in terms of the world of Camp Cretaceous. We don’t want to speculate too much on the show at this point, but it is fun to speculate about the toys which companies like Mattel and LEGO could make based off of this show – especially if it ends up transitioning into a multiple-series show.

We’re going to touch on three elements which we’d love to see – Dinosaurs, Vehicles and Playsets. Without any further ado, let’s dive in and talk about Camp Cretaceous! 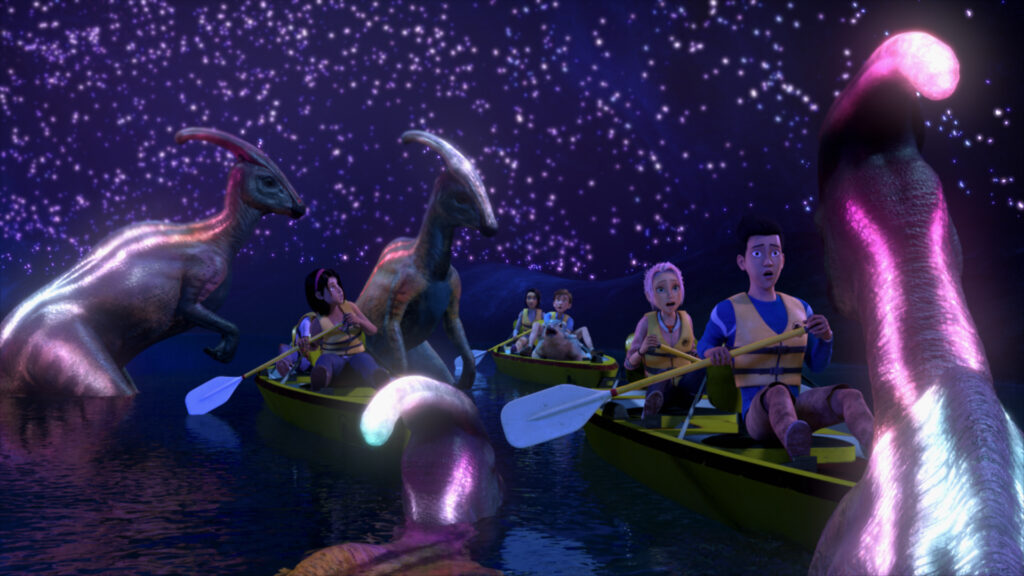 When it comes to the Dinosaurs we see within the trailer, we mainly get to see dinosaurs which we have received in various formats before. These include the Brachiosaurus, Indominus Rex, Sinoceratops and Tyrannosaurus Rex to name just a few. Whilst this dinosaurs all appear relatively faithful to their on-screen counterparts in Jurassic World and Jurassic World: Fallen Kingdom, it would be cool to see the toy companies use this show as an opportunity to create the ‘definitive’ versions of these characters. Indeed, in the case of companies like LEGO, we could see Camp Cretaceous being used as a platform to introduce more variety in dinosaurs in the future.

Of particular note is the bioluminescent Parasaurolophus – suggesting we could potentially see toy companies experiment more with light and other effects in the future. Whilst we have our fair share of most of these dinosaurs at these point, I think it is safe to say we wouldn’t say no to new and innovative stuff being put on the table! 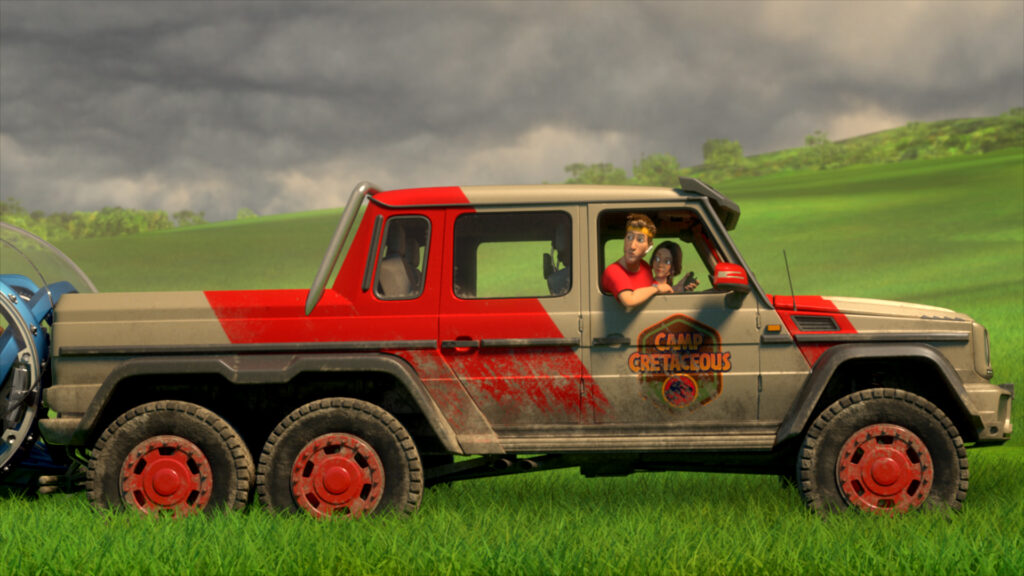 Camp Cretaceous already highlights some of the wonderful iconography of the franchise’s vehicles at the very start – with the 6X6 previously used by the Asset Containment Unit (ACU) featured in stunning and vibrant red colour tones which really feel reminiscent of the original Jurassic Park Jeep Wranglers. We also get to see Gyrospheres in parts of the trailer, as well as a Sprinter Van not too dis-similar to the one the ACU employ, suggesting we may see some interesting vehicular sequences within the series. It is safe to say that vehicles are a part of the play pattern when it comes to Jurassic toys – so it would be nice to see Camp Cretaceous used as an opportunity to reintroduce them.

On the LEGO front, more grounded and realistic vehicles are always a hit, especially with AFOLs (Adult Fans of LEGO), so any of the vehicles seen so far could be incorporated into the LEGO sets in fun and unique ways. 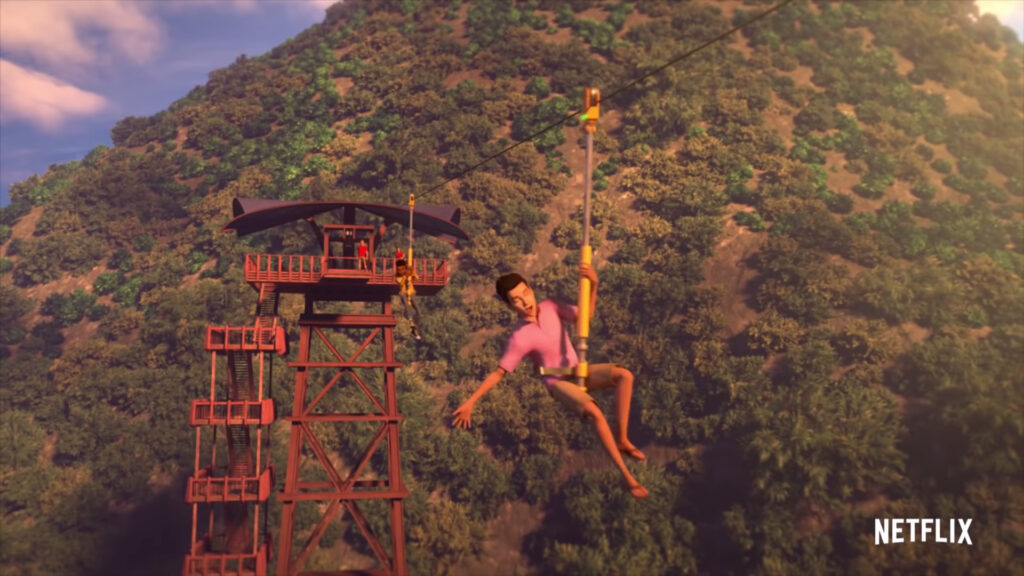 The last thing which really stood out in this trailer is the potential for some fun playsets which any of the companies working with the Jurassic IP could make based off of the show. The zipline sequence, in particular, seems to feature some interesting moments, and there also appear to be some interesting sequences set within the confines of the Mosasaur paddock. All of these would provide fun opportunities to create unique playsets which incorporate elements we all love – and equally, elements we are missing. I would love to see Camp Cretaceous used as an excuse to finally introduce a LEGO Mosasaurus!

It is safe to say that this show has a lot of potential to give us the larger-scale toys we all love.

To conclude – Camp Cretaceous has already shown a ton of potential for us as collectors. It is important to remember that this is a kid’s show – and kids shows often mean lots more toys! Whilst we can all argue we want more humans in the line, I think there is the potential to dip back into everything we are missing currently with this show – so I hope that these companies seize the opportunities and give us some of our strongest assortments yet.

What do you think? Is there anything you’d love to add to your collection? As always, let me know what you are thinking in the comments below!