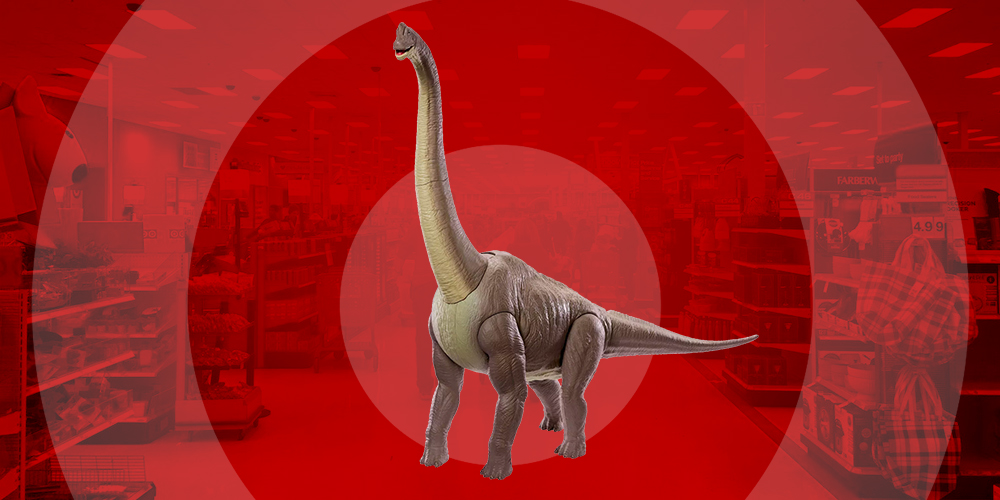 UPDATED 9/18/19: As predicted, the Legacy Collection Brachiosaurus has started to arrive in-stores this week ahead of it’s release in October. Confirmed via the inventory checking website Brickseek, the figure shows “In Stock” in select West Coast Target locations. Thank you for the heads-up, Ande!

Of all the new Jurassic dinosaur figures Mattel has brought us since they took control of the license in 2018, none has been more eagerly anticipated than the Legacy Collection Brachiosaurus. While this massive toy’s release has begun rolling out overseas, US collectors are anxiously awaiting their chance to score Brachiosaurus here on the homefront. We’ve known since the beginning it would be a Target store exclusive, and later that the figure would release closer to Fall 2019 for $49.99. But with fears running high about another “Spinogate”*, most collector’s have been cautious (or outright negative) about its release until more concrete details are announced ⁠—and today we have them!

Collect Jurassic can exclusively confirm that within the US Target store’s inventory system, the Legacy Collection Brachiosaurus is slated for in-store release in October, with an approximate floorset date of October 6th. The store we checked designated a shelf capacity of “2” for the figure, meaning the store would at least stock a couple of the large toys when it initially releases. Some stores are even quoting up to 5 Brachiosaur boxes on the shelf come October, but the exact number will most likely vary by store size and location. As with most toy releases tied to a specific floorset date, we would expect to see stock arriving in the weeks ahead of October 6th with some stores even putting the figure out before the shelf is even configured for it. Come late September, hopefully the first of the US Brachiosaurus start to find their into the hands of collectors here. 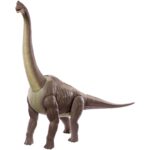 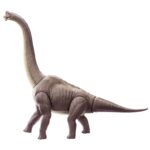 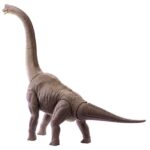 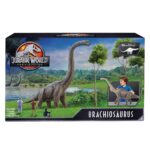 Overall, this is excellent news for US fans looking to track down this long-awaited toy in their local Target store verses taking their chances online. Many feared the figure would not be sold in-store at all, suffering the same fate as Mattel’s Legacy Collection Spinosaurus by selling out instantaneously on Target.com. The fact that it will be headed to most, if not all, Target stores across the country signifies what we here at Collect Jurassic have believed all along: Legacy Collection Brachiosaurus will be a well stocked item.

Of course, the figure will undoubtedly be sold online as well as in-store, possibly even ahead of the October 6th floorset date. So if you’re impatient and are quick on the draw, definitely bookmark the below page while tuning into our social media pages (Instagram, Twitter and Facebook) for day-to-day updates on when Brachiosaurus becomes available.

Curious if this toy is worth all the hype? Definitely check out our exclusive review below just to get an idea of just how truly impressive Mattel’s Brachiosaurus is in-person. And as with any pre-release information, plans can and do change. However, we’re still extremely confident in this figure’s US release given all the information we’ve received thus far. Going to be a long wait till October! Special thanks to indoraptorpoject and mrclassicjurassic for independatly confirming this information at their Target stores.

*Mattel’s Legacy Collection Spinosaurus was only released in extremely limited quantities on Target.com in the US, never appearing in-store. The figure appeared in and out of stock over the course of a few months, selling out within seconds each time. The entire situation, and who exactly is to blame, remains somewhat of a mystery. It has come to be known as “Spinogate” within the Jurassic collecting community.