Earlier this year, when the brand-new LEGO Jurassic World sets for 2020 debuted, it is safe to say that they strayed from the status-quo a little as it appeared as if LEGO had entirely made up the products for the line, as opposed to basing them on any prior-existing projects. Whilst this was in no means a bad thing, as these are arguably the best wave of sets we have received to date, it did take the LEGO line in a new direction.

Now, however, it appears as though the line of toys were based on an upcoming project, as Universal stealthily dropped a trailer for the new short ‘LEGO Jurassic World: Double Trouble’ on the Peacock Kids YouTube channel today. 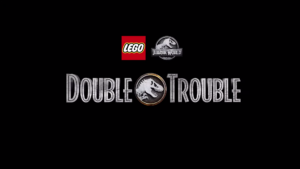 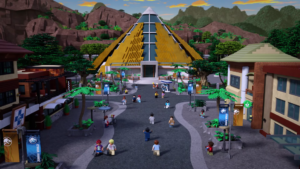 The short looks to be another fun, non-canonical adventure set in a LEGO Jurassic World – and, by the looks of it, it may follow the events of Legends of Isla Nublar. Whilst the show itself doesn’t appear to be too different from the other LEGO adventures we have already received, it does appear to introduce some of the sets we received this year into the animated world – something which is exciting in it’s own right as it is always great getting to see products we have in our collections on the big screen.

In the trailer we can see the new version of Owen Grady in his tan attire which came in the sets, as well as the brand new capture vehicle from the Gallimimus and Pteranodon set which released this year. This does call into question whether we could see more of the new sets – such as the Laboratory set, or even the Gyrosphere Valley section, in the animated show too. I know that I, for one, would love to see a LEGO Baby Ankylosaurus on screen – I think that could rival Bumpy-levels of cuteness in its own regard! 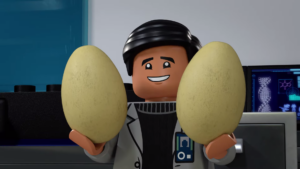 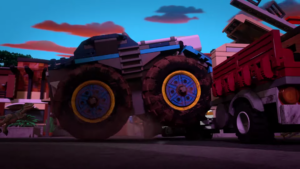 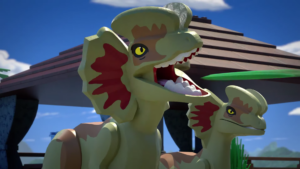 Not too much from us today – we just thought it was worth touching on the new show since we have covered the LEGO sets in the past. At the very least, we are excited to see the Indominus siblings share the screen – even if it isn’t in a canonical sense! It is also great to continue to see brands like LEGO committing to long-term relationships with the brand, as this does a lot to build out the broader appeal of Jurassic World as a main-stay in the minds of many.

What do you think? Excited for another LEGO short? Let us know in the comments below!