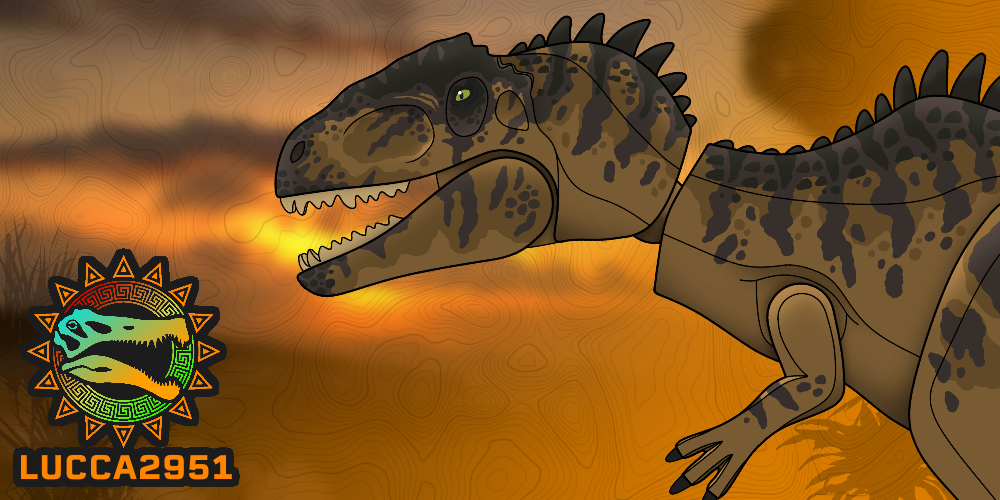 For anyone who doesn’t know me, it is safe to say that I am a bit of a LEGO fan. I find building LEGO incredibly therapeutic – and I was a big fan of the 2015 Jurassic World line which the team released, and have also enjoyed their subsequent adventures into the Jurassic IP. One thing which always stands out to me, however, is the fact that LEGO have always tended to do their own things with the dinosaurs – with more simplistic prints than many of us would perhaps like.

With this in mind, it is my delight to be writing a feature on Lucca (@Lucca2951 on Twitter) today – friend of Collect Jurassic, and talented LEGO artwork creator. Today we’re going to look at eight of his awesome custom LEGO Dinosaur designs and spend some time staring at just how great they are. Let’s jump in! 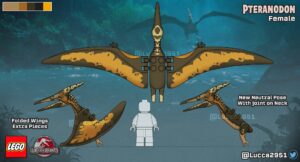 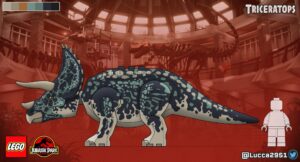 Up first, we have a couple of new designs based on animals which we already have in the LEGO line – these being the Triceratops, and also, the Pteranodon. Lucca’s artwork for these designs provides a wonderful glimpse at what a deeply accurate and fully realised version of these animals may look like – taking the already great elements which we have from the LEGO line and either tweaking or reprinting them to create some truly beautiful designs. I love a lot of the Pteranodon and Triceratops variants we have already received, but Lucca takes them one step further – and I think you’ll really appreciate these. Spoiler warning for Jurassic World Dominion ahead of the next lot of designs! 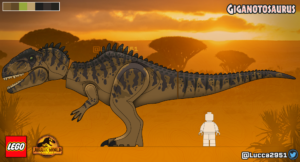 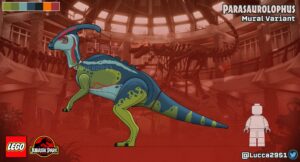 Following on from this, we have a gorgeous version of the Parasaurolophus – inspired by the version which we have seen in some of the LEGO videogames. Lucca drew inspiration from the Visitor Centre Mural with this design – giving it a gorgeous colour palette which is really unique compared to anything else we see. Alongside this design we also have a concept for a brand-new, large-scale Dinosaur in the form of the Giganotosaurus – an animal which first saw an appearance in the Jurassic World Dominion IMAX opening sequence. This is an absolutely gorgeous rendition of this animal – capturing the scale and sense of terror which this animal has beautifully. Lucca did a really good  job with this design – but talking about scale doesn’t quite stop there, as we have some larger items to look at to. 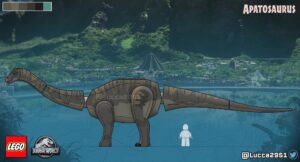 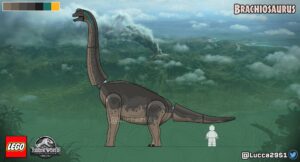 On the larger-scale front we have two gorgeous Sauropods – in the form of both the Apatosaurus, from Jurassic World, and also the Brachiosaurus – also inspired by its appearance in Jurassic World. It’s sad to think we may never receive these animals in actual LEGO format, but Lucca’s art does a really good job of keeping us a taste of what these may look like if they ever did exist – with the same ball-joint systems in place here that are present on all of the other LEGO dinosaurs. I really like these animals and hope that LEGO may get creative and find some way to give us more larger animals in the near future. 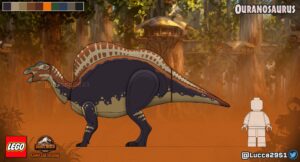 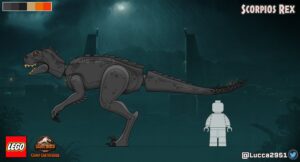 Lastly, we wanted to end with a couple of Camp Cretaceous designs which Lucca shared with us, since Camp Cretaceous is the most recent piece of Jurassic media we have all had the chance to enjoy. Up first we have a gorgeous rendition of the Ouranosaurus – and I love how Lucca managed to make this feel like a LEGO design. I can see this looking at home next to the LEGO Triceratops, so it’s safe to say Lucca did a really good job with this one. I also love the inclusion of the Scorpios Rex here – an animal which I would love to see join our LEGO collections soon. The Indoraptor was an awesome addition in it’s own right – so I’d love to be able to add Scorpios to round out the Hybrid ranks.

That’s it for this article – but we hope you’ve enjoyed a peek at Lucca’s artwork. Not only is Lucca a good friend, but an incredibly talented artist who is constantly sharing wonderful LEGO designs on Twitter. If you aren’t following Lucca you need to – and you can click here to do so.

Thanks for reading this article! Stay tuned to Collect Jurassic for your latest Jurassic collecting news and community features!.