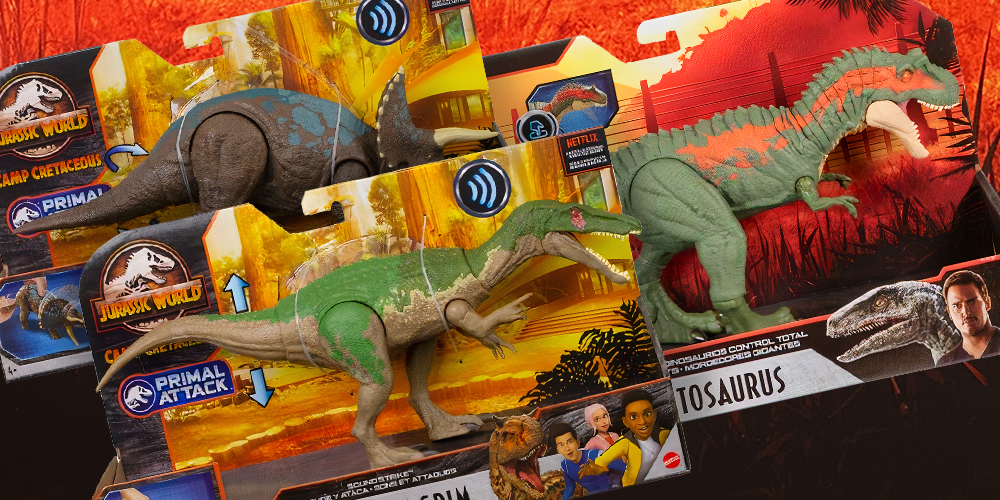 Tom here again today with another toy reveal for you to feast your eyes on, and today we have an exciting new preview for some additional Camp Cretaceous toys from Mattel – alongside a couple of non-Camp Cretaceous releases for you to enjoy, too! These figures are a mixture of Massive Biters and Sound Strikes – so they are mid-range products, so do keep that in mind if you are planning on saving up to add these to your collection! 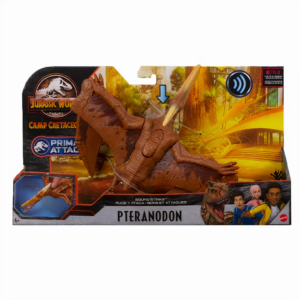 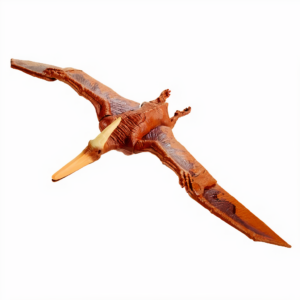 Up first we have two repainted Sound Strikes – this time themed around the upcoming animated show which arrives on Netflix later this month. The first figure here is a Sound Strike Pteranodon, which looks to be a repaint of the same figure we received earlier in 2020 as a part of the Primal Attack line. The colours here are more brown and orange in tone – with some lovely unique tan highlights on the beak and crest of the Pteranodon. Whilst I personally am not a fan of the Sound Strike sculpt for this animal, as I feel that it is far too large, I do think that the colour scheme on this one is nice – and fans of this aerial creature will probably appreciate the decisions Mattel made with this variant. 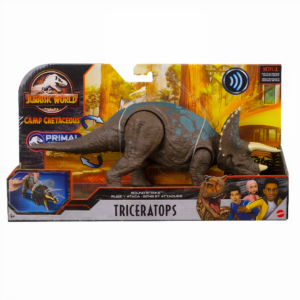 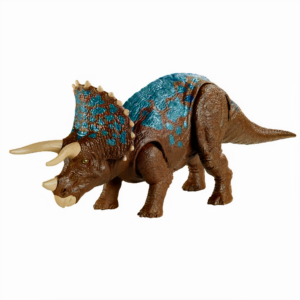 Accompanying the Pteranodon, we also get a Sound Strike Triceratops – who, again, is a repaint of a prior-existing sculpt which we have already received as a part of the Primal Attack line. This particular version of the Trike looks pretty unique – coming in with a dark brown colour scheme, with tan highlights and also metallic blue details on the back and crest of the dinosaur. Whilst I am feeling the Trike fatigue a little bit at this point, I do think that this is a cool addition for fans who love this Herbivore and have missed out on some of the other variants which we have received up until this point. 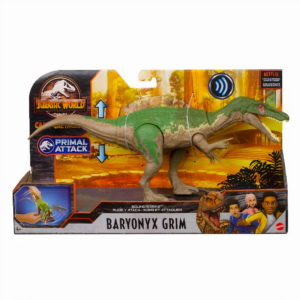 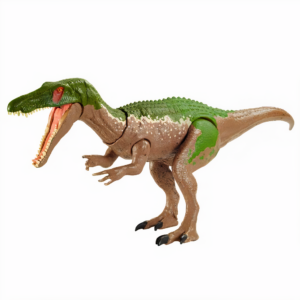 Following on from this, we move onto a BRAND NEW sculpt for this wave – a Sound Strike version of the Baryonyx. This figure appears to have the same rotation joints that we have seen in other Sound Strike figures, like the Irritator we recently received in the line. Interestingly, this is one of the three named Baryonyx which we believe are present within Camp Cretaceous – with this one named as ‘Grim’. I love the micro-figure version of this one with the red mark around the eye, and this figure looks pretty consistent to that, so I am excited to get this one. Although we have many different Baryonyx at this point, I feel as though the new sculpt makes this one more distinctive. 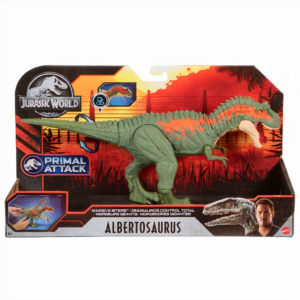 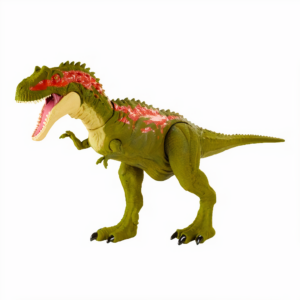 We are also getting a new-sculpt, at least in some areas, for a Massive Biters version of the Albertosaurus – a figure which is joining the line-up of figures in the Primal Attack line. This figure comes in a very pale green colour, almost describable as mint, and has some orange and tan highlights on its body, alongside a button in the tail for the ‘biting’ action. I am not a fan of the paintwork on this version of the Albertosaurus, but I am very glad to see a non-Battle Damage variant as this will make this dinosaur available to a lot more Jurassic fans. 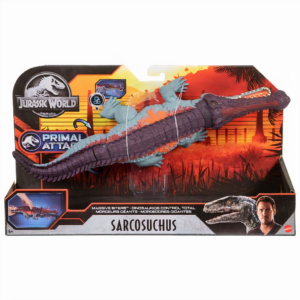 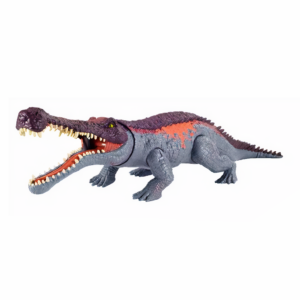 Lastly, but by no means least, we have a Primal Attack repaint for one of my favourite figures to come out in 2020 – the absolutely gorgeous Sarcosuchus. This croc comes in some SUPER unique colours, with a pale greenish-blue combined with purple and orange highlights. This figure looks INCREDIBLY retro, and really feels like a call-back to some of the more stylised figures we saw back in the Kenner Days. I really love this one.

That’s it for this preview! What do you think of these figures? Let us know in the comments below – and a special thank you for all the comments on our recent McDonalds article. It is great seeing so many of you looking out for each other and sharing where you find things.