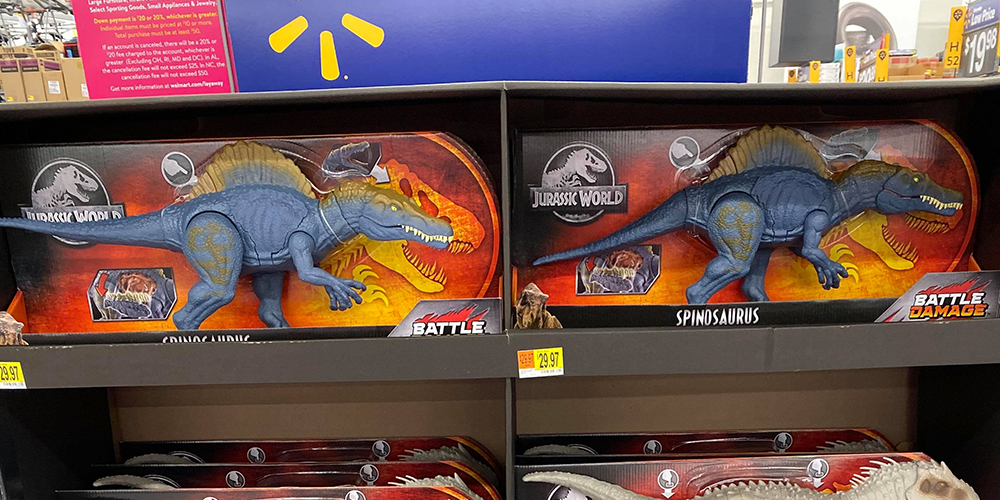 Fresh off the heels of the Legacy Collection Brachiosaurus bonanza here in the US, we have even more exciting Jurassic toy and collectible release details to cover in this week’s recap. Ranging from another one of this year’s most anticipated toy to the coolest ornaments ever to grace your Christmas tree, the hunt for all things new in Jurassic never ends. And we couldn’t be happier! As usual, if you’re looking for up-to-the-minute updates in addition to our Toy Sighting Recaps here on the website please follow us on Instragram, Twitter, Facebook and YouTube.

Battle Damage Spinosaurus Rolling Out At US Walmart Stores 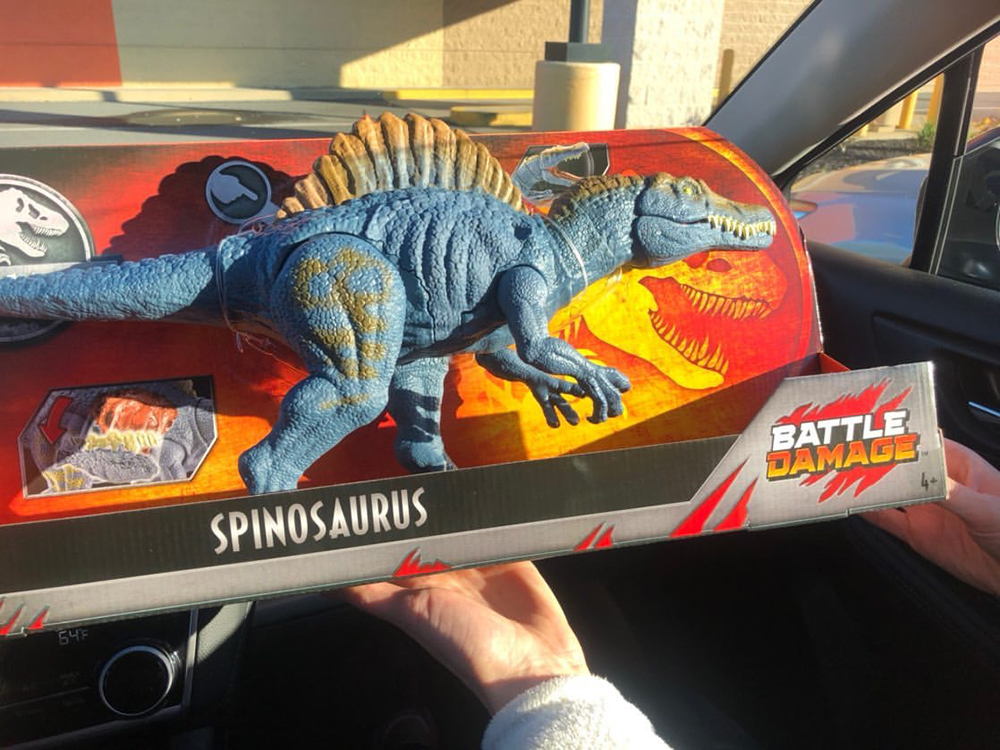 After an effectively botched Legacy Collection Spinosaurus toy release last year here in the US by Target, Walmart swooped in to save the day when it was announced that a Battle Damage version would be available this holiday season. Every preview of the toy since then has been met with rising anticipation from the collecting community, and now it’s finally hitting stores as promised! Reports from the across the US reveal that many Walmart stores are starting to receive a generous stock (in most cases, 12 figures) of the Battle Damage Spinosaurus. While not all stores have received the new toy yet, the release rollout is very much in-progress. Check if your nearest Walmart has it in stock and order it for store pickup on Walmart’s website here:  Shop Battle Damage Spinosaurus. While Image Credit: @jurassicdave93 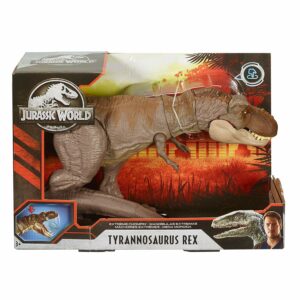 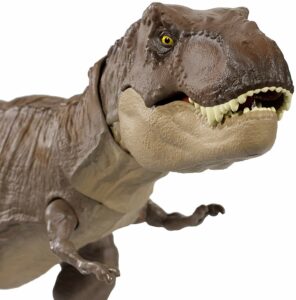 Even while most Jurassic toy hunters are tracking down the rest of the Dino Rivals releases for 2019, there’s already plenty of exciting figures on the horizon for 2020’s Primal Attack toyline from Mattel. Collect Jurassic previously covered pre-order details for much of the first wave of toys releasing in December from Entertainment Earth, and now we have the first Amazon preorder for Primal Attack. The 2020 Tyrannosaurus Rex figure is set to ship in January 2020 — it’s effectively a repaint of the previously released Extreme Chompin’ T-Rex with movie accurate colors like those of the Bite N’ Fight T-Rex. Still with us? Mattel has given us a lot of Rexes to keep track of, but this really is one we’re excited about! Excellent articulation paired with a great paint deco, all boxed up in that phenomenal looking Primal Attack packaging artwork. Preorder it and see new more HD photos of the figure here: Shop Primal Attack Tyrannosaurus Rex. 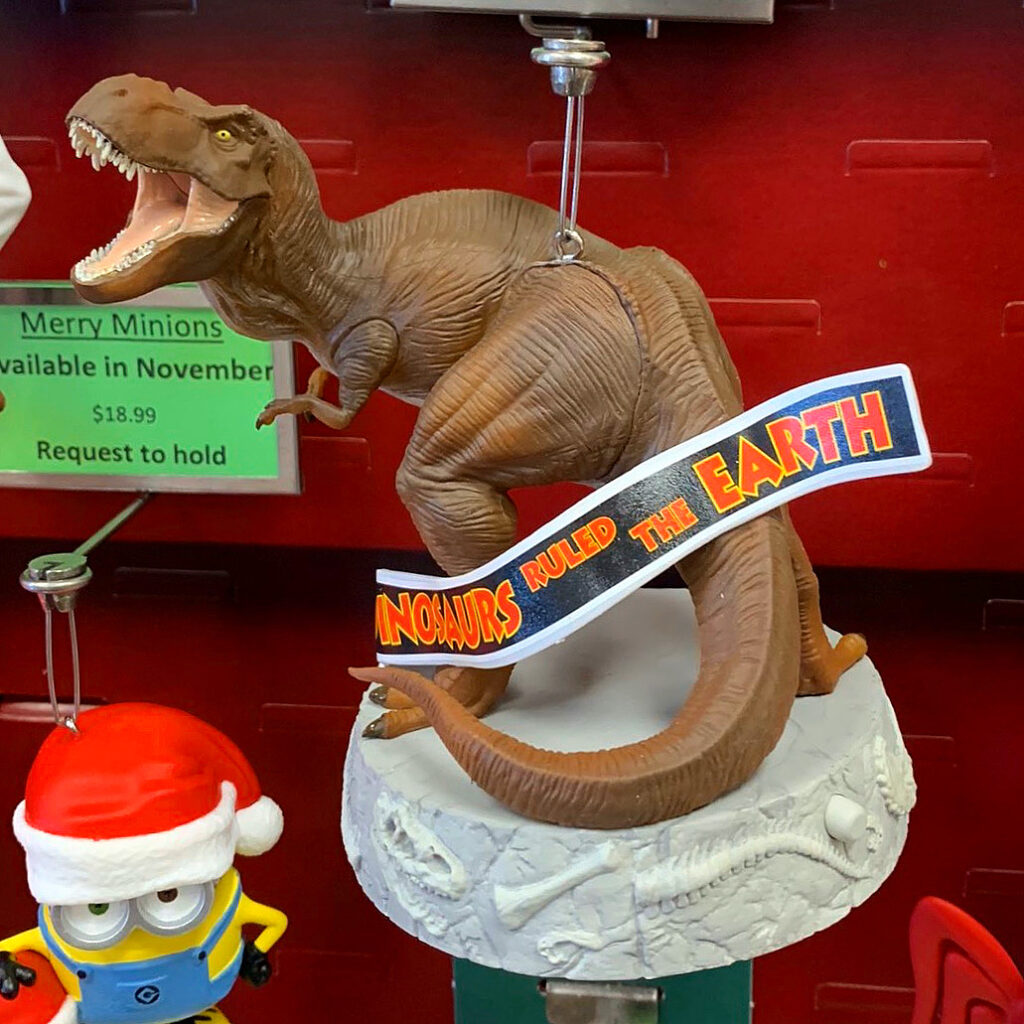 We talk a lot about Mattel Jurassic here on the site, but we’re just as thrilled to cover other Jurassic toy and collectibles outside of the flagship toyline when they occasionally come about. Like this beautiful Jurassic Park ornament on the way from Hallmark — it features the iconic finale scene rendered in excellent detail (considering what is practical for a mass-produced Christmas Tree ornament) and even plays the Jurassic Park theme! This piece runs on the larger side and at $22.99, that a lot of Jurassic bang for your buck. While it’s not technically due to release until November 8th, at least one collector has been lucky enough to snag one early for her tree from the local Hallmark store. For those interested in ordering online, the official website should have them ready to ship after the official release date here: Shop Jurassic Park™ When Dinosaurs Ruled the Earth Musical Ornament. Image Credit: @we_dig_dinos 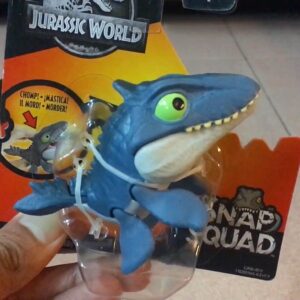 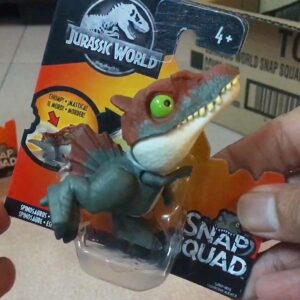 It was only in our last Toy Sighting Recap that we shared news of more Snap Squad figures hitting Malaysia (the rest of  the Raptor Squad, in that case), and already we’re seeing another new assortment from Southeast Asia. While Snap Squad’s wide release lags behind in the US, Malaysian collector’s are getting their hands on all-new Wave 4 figures Mosasaurs and Spinosaurus. The wave also includes repacks from the previous assortments, but we don’t mind too much considering both Mosa and Spino look perfectly adorable with their respective mini flippers and sail. The Snap Squad art style that Mattel has created continues to impress with each new species added to the lineup. Now if only these figures would become readily available in the rest of the world! Image Credit: @kenneth_chirayil

Amber Collection Found In-Store at GameStop/ThinkGeek, Up For Preorder on Amazon 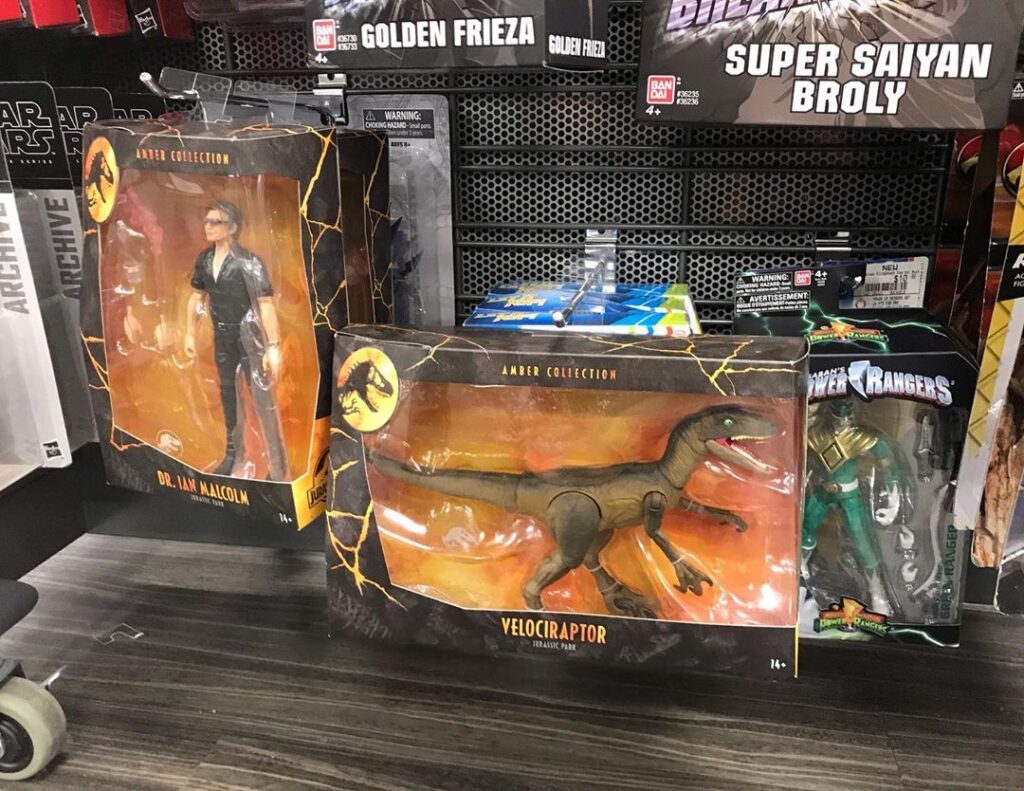 Though Amber Collection’s online preorder release via GameStop was problematic (to put it lightly, find out more on the latest episode of our Podcast), the new collector-focused figures have been sweeping the community by storm with their excellent articulation or detailed movie likenesses. Collect Jurassic’s review is forthcoming, but Amber Collection certainly scratches that itch for Jurassic fans looking for something a little more grown-up in comparison to Mattel’s main toyline. Ordering the figures though GameStop’s website seemed to be the only way to get them however, until pre-order pages on Amazon and in-store sightings at GameStop/ThinkGeek locations began last week. This is excellent news as it ensures that Amber Collection will get the wide release it deserves, and hopefully will perform well enough to justify more new human and dinosaur figures in the future. More on that soon! Both the Jurassic Park Velociraptor and Ian Malcolm can be ordered through the links here: Shop Amber Collection Velociraptor (GameStop / Amazon), Shop Amber Collection Ian Malcolm (GameStop / Amazon).  Image Credit: @socal_collector3529