The Legacy Collection Brachiosaurus: How Mattel Got a Jurassic Icon Right 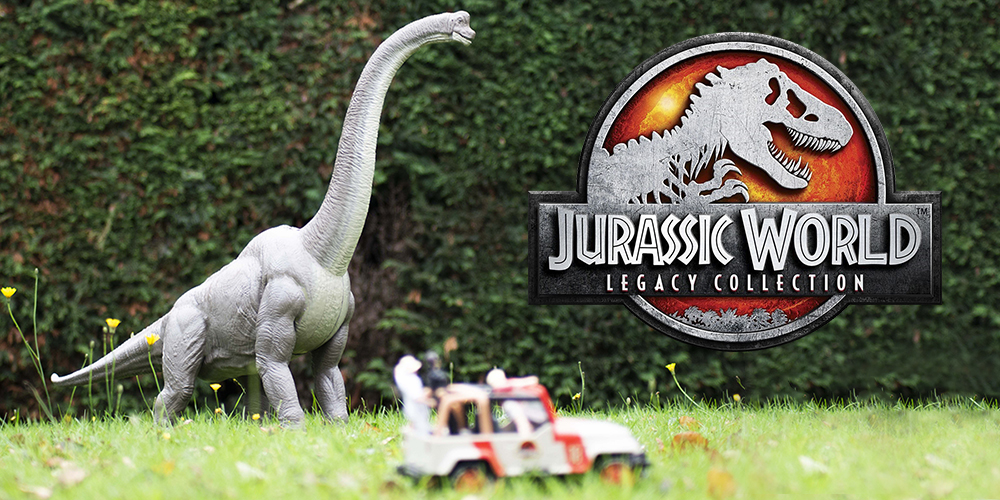 I’m going to pretext this piece by saying I have my fair few problems with the current nature of the Mattel license, but I think it is important to acknowledge some of the large strides Mattel have made with the Jurassic Park & Jurassic World Licenses. Over the course of the past couple of years, we have all had the opportunity to own new and exciting toys – many of which we never thought we would ever own. Mattel have really doubled down on the love and the passion for this franchise – ensuring they factor in the toys which fans have hoped and dreamed of for years. Nowhere is this level of love and dedication more present than it that of The Legacy Collection Brachiosaurus. 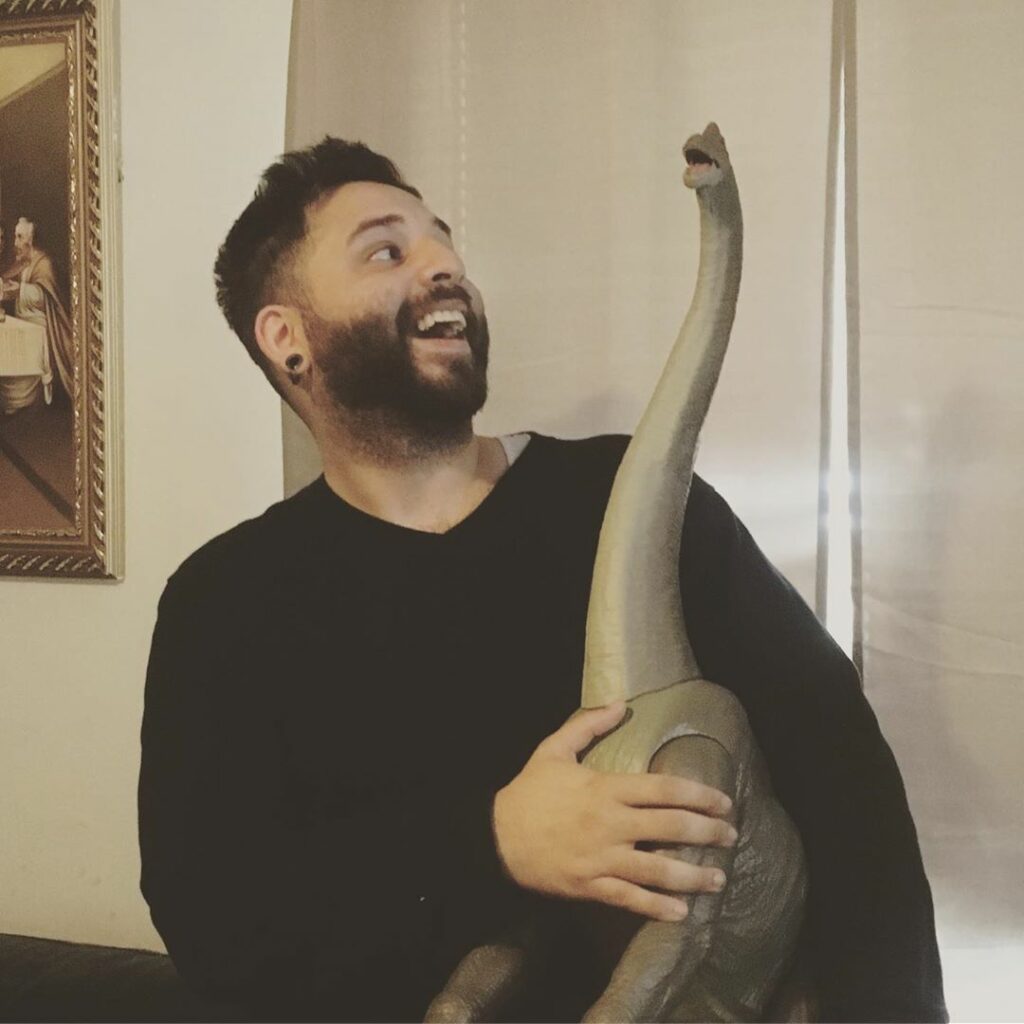 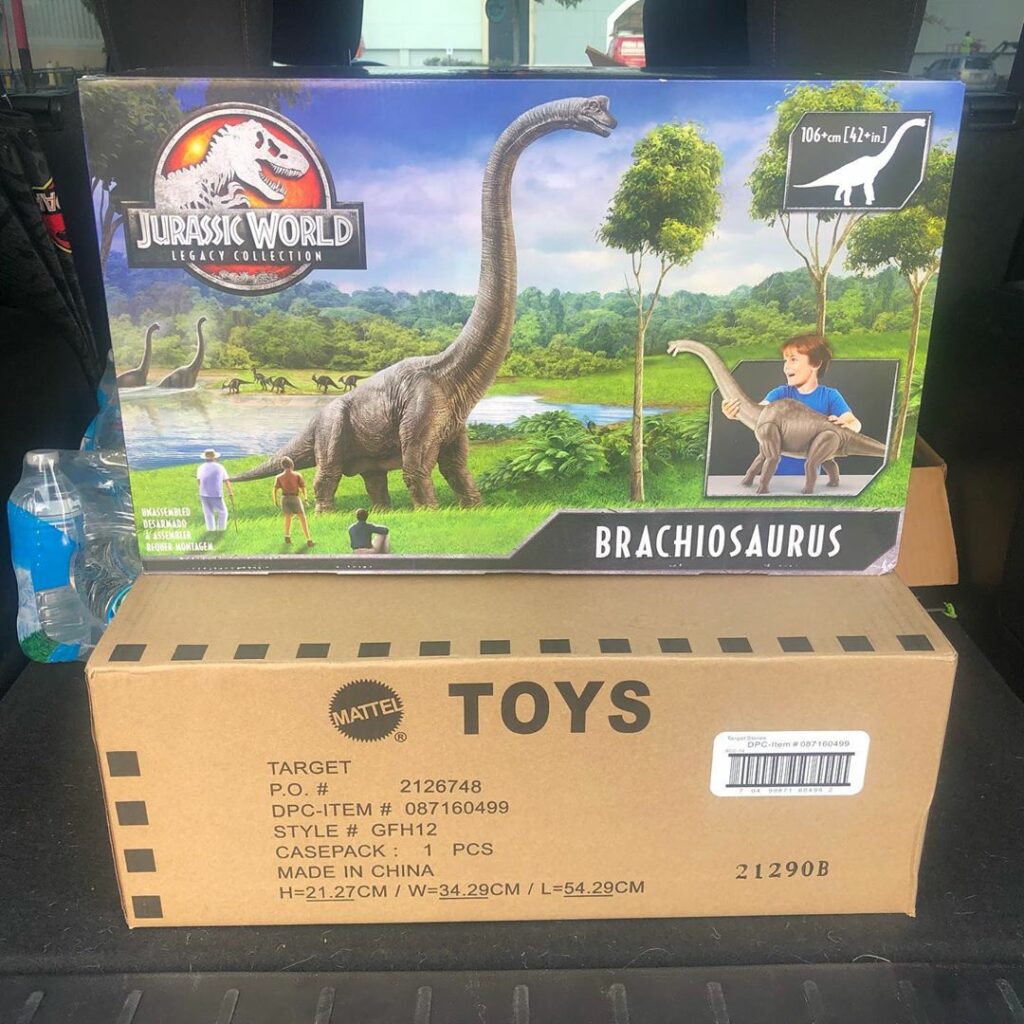 The modern toy industry is scarcely one which is accepting of large-scale collectables, with most being a bygone from an age where technology and video games were not front and centre in the lives of children everywhere. Indeed, I remember growing up in what I refer to as the ‘Hasbro Glory Days’ – where Hasbro found their stride with the Star Wars: The Clone Wars license. Large scale toys (with even larger price tags) like the AT-TE and Clone Turbo Tank were the must have toys of their year groups, and many children across the world would wake up to these sheer behemoths on Christmas day. These were the modern-day equivalents of toys like Kenner’s Command Compound and Lost World RV – providing unlimited play options and a sense of scale not found anywhere else. As the trends within the industry have changed, however, so too have these grandiose toy designs – leaving the ‘bigger is better’ mantra firmly in the dust. It is truly remarkable that Mattel could get a toy as large as the Brachiosaurus to retail not just in the US, but across the world, allowing a new generation of children to get the awe value from a toy which is impressive in both its size and stature. 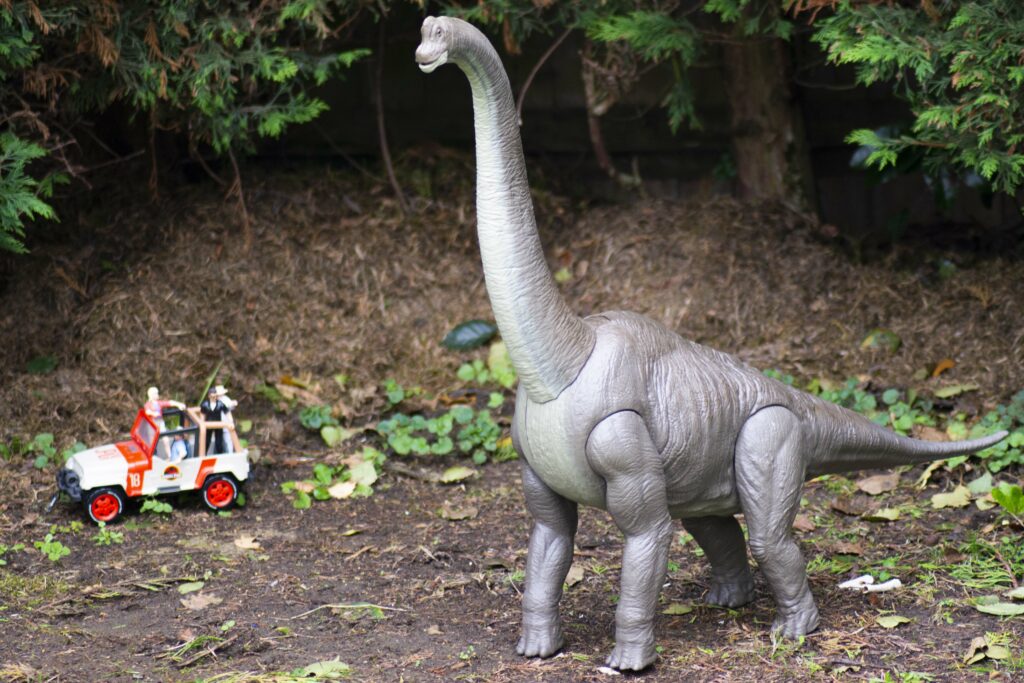 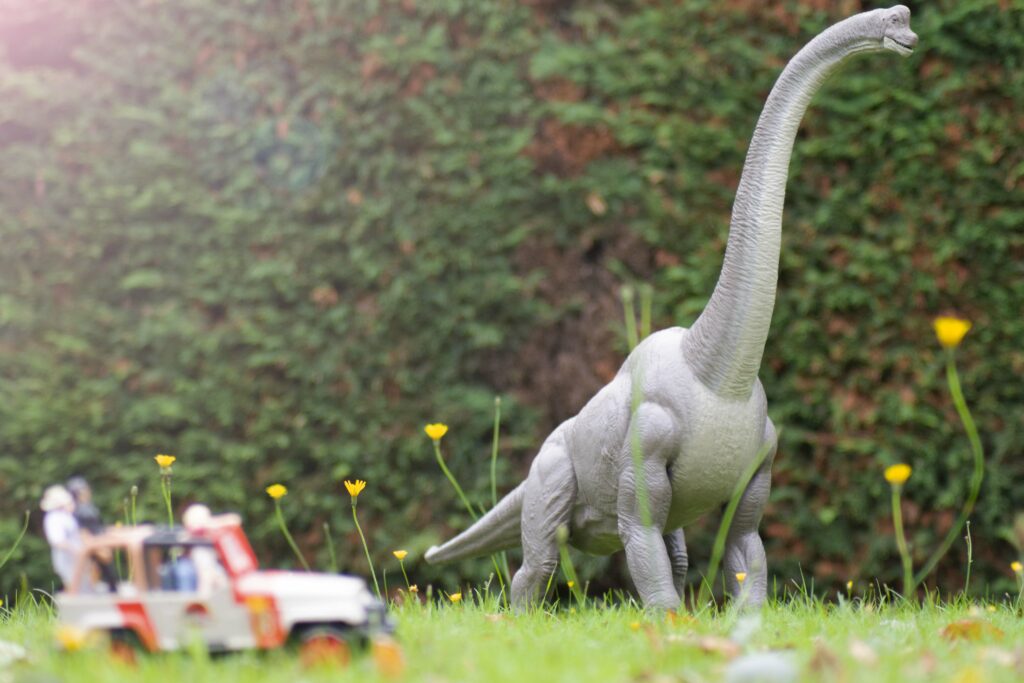 This toy hasn’t just been a moment of splendour for younger fans, however, as adult collectors across the world were quick to catch the Brachiosaurus fever. We had a lot of fun tracking the gradual spread of this incredible toy over on Instagram – watching as it gradually made its journey across the Jurassic World. From Brazil to the United Kingdom, Europe and America, it was incredible getting to watch as fans of all ages could sink their teeth into this special product. Indeed, the Brachiosaurus wasn’t (and isn’t) just a flagship piece of the Mattel Jurassic World line-up – it was a unifying factor which brought people together. We’ve all been burned by distribution woes. UK fans like myself have struggled getting much of the Legacy Collection or Battle Damage Assortments, whilst US fans have struggled to track down the Spinosaurus, so it was refreshing to have something different with the Brachiosaurus – allowing us all to share in those special moments as the toy descended upon retailers across the globe. There was a real sense of adrenaline and shared excitement within the community – with so many people eagerly anticipating the toy, and then sharing their sheer joy at finally getting their hands on it with the rest of the world. In truth, this toy gave many of us an opportunity to experience the refreshing side of collecting which we all enjoy, and provided a reminder that we are all in this together as a collecting community. 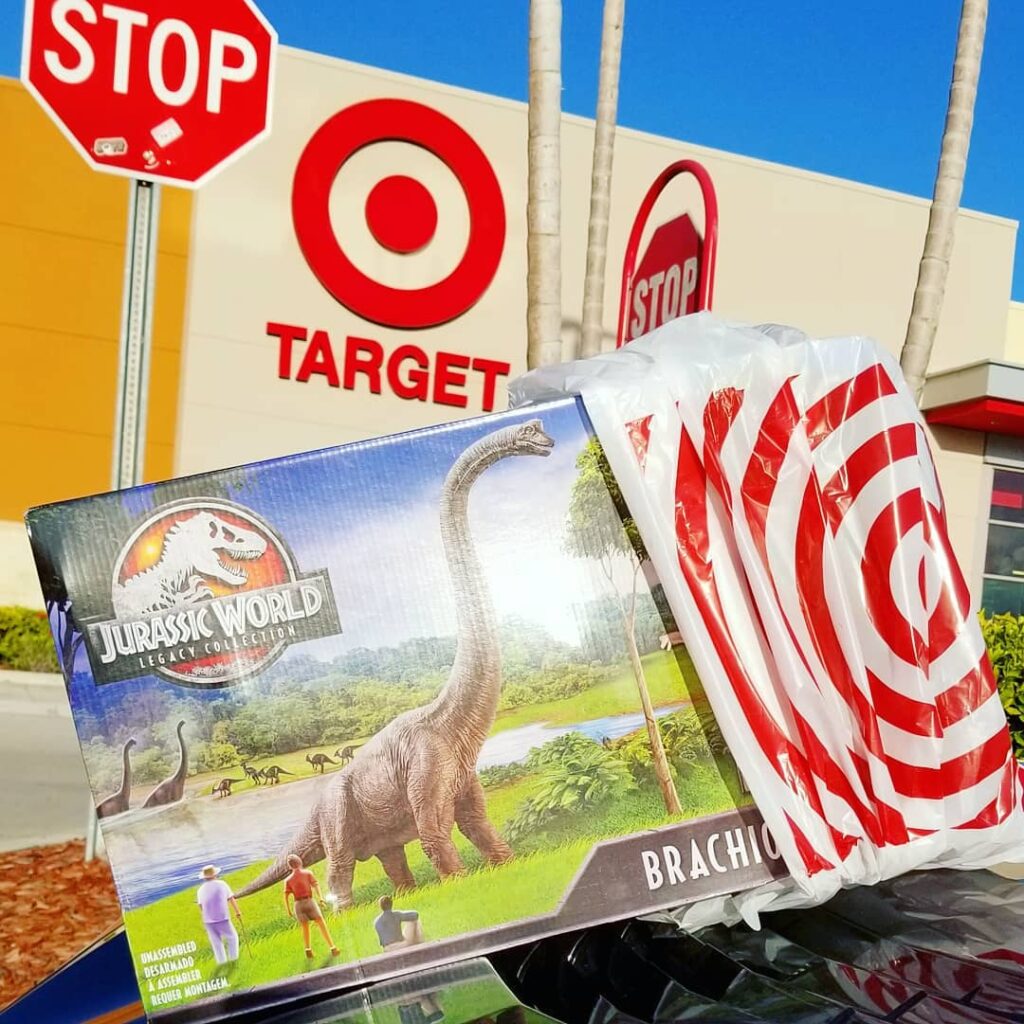 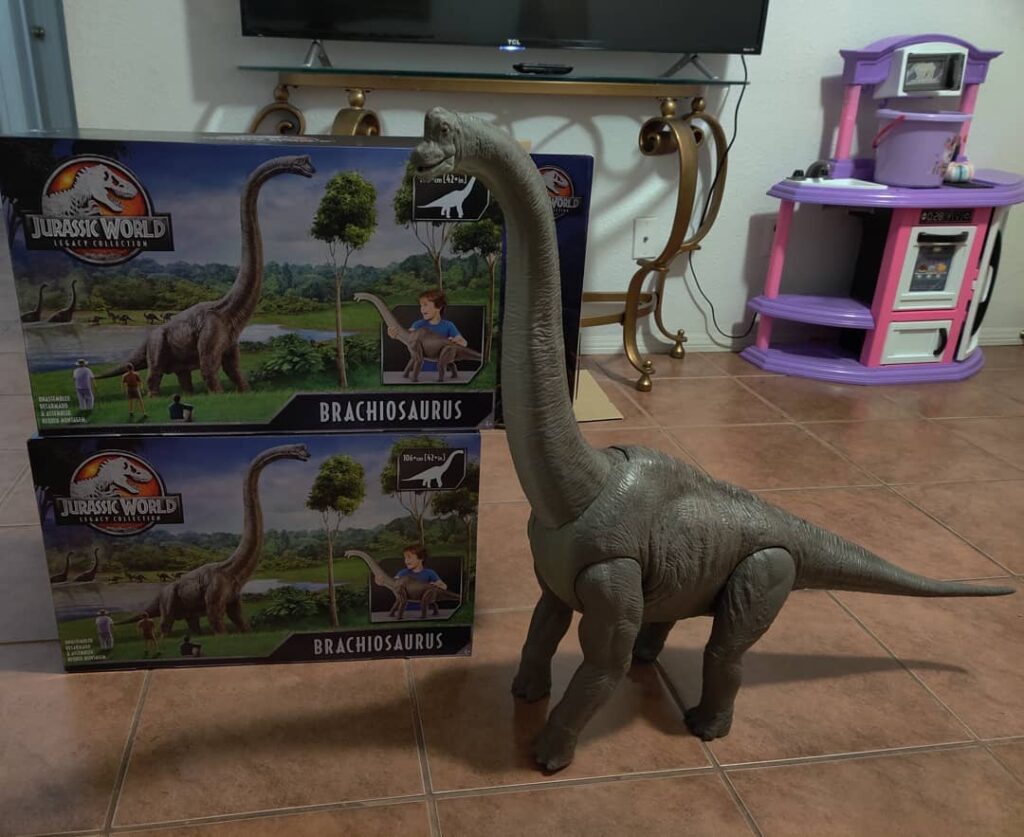 As we turn out sites to the Primal Attack line of 2020 which will soon be gracing our store shelves, I think it’s important to reflect on the special moments and the special memories which this toy has brought the community. When we were children, we all had that one toy which we aspired to own some day – and for many of us, that was our very own in-scale Brachiosaurus. Now, so many years later, we can finally say that we own a dinosaur which John Hammond himself would be proud of. Mattel don’t always get things perfect. Indeed, there is room for improvements and growth – as with any company. But the Brachiosaurus is a special symbol of how, when toys are done right, they can bring a collecting community together, transcending generations and collections to bring together fans from all walks of life in a shared passion and enthusiasm for a line. This toy is not only a great toy – but it’s a great reminder of the positive and inspiring place that the Jurassic Collecting community can be when we all come together.

Thanks for checking out this article. Don’t forget to check out our full review of this beautiful toy, which can be found on our YouTube channel.