Return to Jurassic Park This December with Jurassic World Evolution

Jurassic Park fans rejoice – as Jurassic World Evolution (Available on Xbox One, Playstation 4 and PC) will be returning us to Isla Nublar this December in the next DLC for the game, ‘Return to Jurassic Park’.

‘Return to Jurassic Park’ looks set to immerse fans of the videogame in an enriched 1993 ‘Jurassic’ universe – bringing back several elements which will be familiar to fans of the original film. The pack promises to bring back the best elements of the original film – with Dr Ian Malcolm, Dr Alan Grant and Dr Ellie Sattler returning to immerse players in a rich and expansive story which lets them build a functional ‘Jurassic Park’ across both Isla Nublar and Isla Sorna. 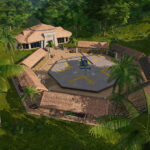 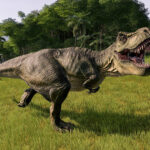 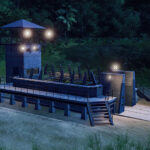 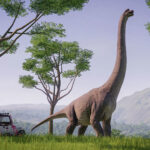 The DLC includes an assortment of new buildings – including the highly-requested classic Visitor Centre, and the brand-new Aviary, an exciting addition which will finally bring aerial reptiles into the world of JWE. Furthermore, the DLC will be accompanied by an assortment of new skins for your dinosaurs – including for the T-Rex and Velociraptor. The DLC will also introduce two brand new animals – the small and nimble Compsognathus, and the Pteranodon – the first aerial animal to join Jurassic World Evolution’s ever expanding roster. The DLC also promises to launch with a brand new 1993 inspired overlay – which can be utilised across ALL the original Jurassic World Evolution challenge and sandbox levels.

The DLC has been confirmed to feature seven brand new story missions which will take the player along a structured narrative – allowing them to fix the broken park, before letting them run free with their own functional ‘Jurassic Park’ 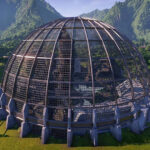 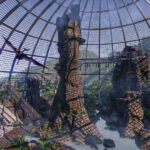 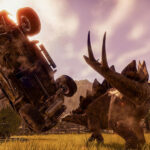 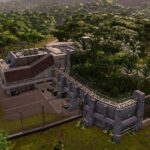 This will come alongside a brand-new FREE update to the game, which will introduce new elements to the core game. Ranger Teams will now have new interactions with dinosaurs, and guests will have toilet needs – adding to the considerations players will have when building their dream parks. It is safe to say that the breadth and depth of new features being added here are second to none – and are bound to have fans excited for the new DLC.

I personally am incredibly excited to get my hands on this DLC! It is clear that Frontier have been working hard behind the scenes to introduce a plethora of new features which fans of Jurassic World Evolution will love to get their hands on. I for one am excited for the larger-scale pieces this DLC will add, but also for the smaller details which can be seen – as things like authentic 1993 signage and fencing are already teased in the official launch trailer. It’s safe to say that Jurassic World Evolution: Return to Jurassic Park is going to lead many fans to return to the game this December!