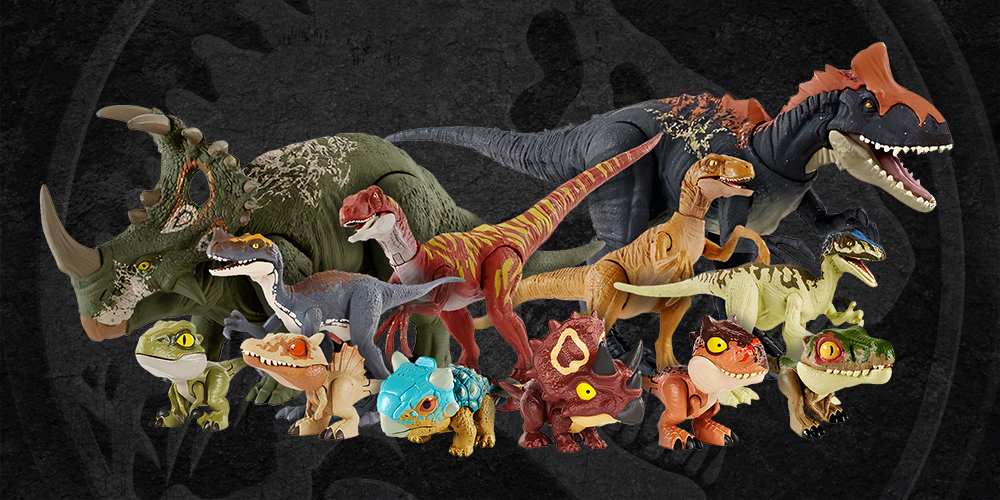 Hey everyone – Tom back here today, and today I have an exciting look at some upcoming Mattel products which will be arriving on store shelves at some point in the near future. An important thing to note with this is that we are unsure if these products mark the final hurrah in the Primal Attack line for 2020, or if they will be the first wave of products to join the Dino Escape line in 2021 – so do take this article with a grain of salt as these could appear at any point in the next few weeks, or even months.

It’s also worth noting that Jurassic World Dominion’s delay to 2022 is likely to have meant that some product releases have been shifted and other elements may not be releasing as originally planned – so do bear in mind that this is highly unlikely to be the full line-up for the first wave of Dino Escape figures. With that said – let’s jump in! 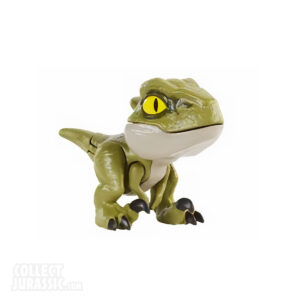 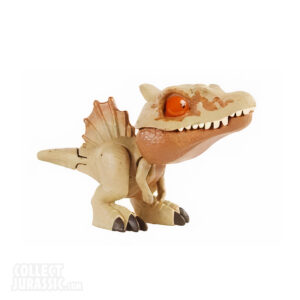 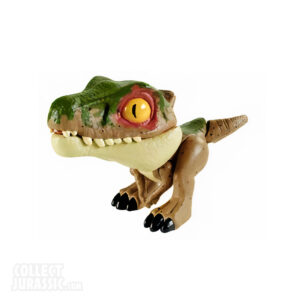 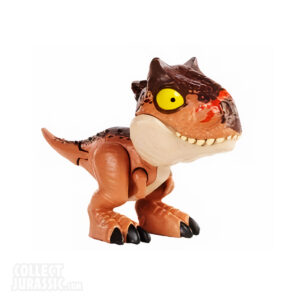 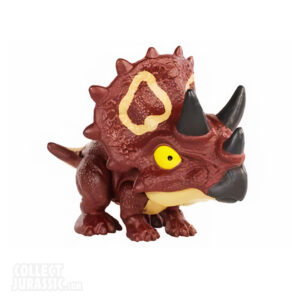 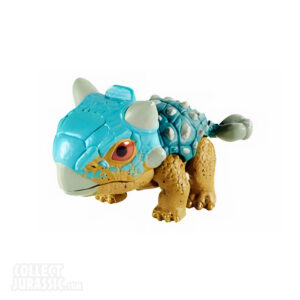 Up first for the 2021 line is Snap Squad – with the first wave of figures featuring a collection of six different characters, all of whom are repaints. We have a repaint of Bumpy, which is similar to her first debut but with a slightly more realistic aesthetic, and we also have a repaint of Toro – this time in lighter colours. We then have a repaint of the Triceratops and a repaint of the Velociraptor – which comes in an interesting shade of green which may very well end up being a new version of Charlie.

Moving on from that we have a really nice repaint of the Baryonyx to emulate ‘Grim’, an antagonist Baryonyx from the second season of Camp Cretaceous. The last repaint, however, is the most interesting as it is a repaint of the Spinosaurus in a really unique lighter colour scheme which almost emulates the Indominus Rex. We have seen concept art of the Spinosaurus for Camp Cretaceous, and we believe that the rest of the figures in this assortment are themed around the show, so this does make us question whether the Spinosaurus will be making it’s long awaited return in the second season. Only time will tell! 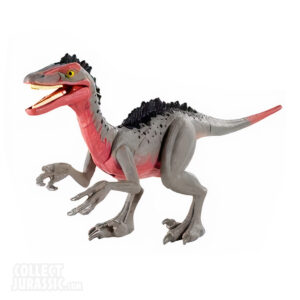 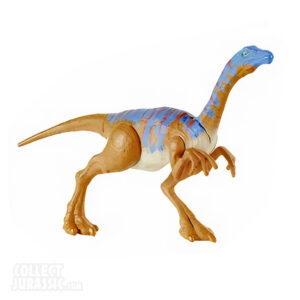 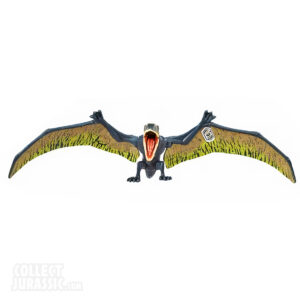 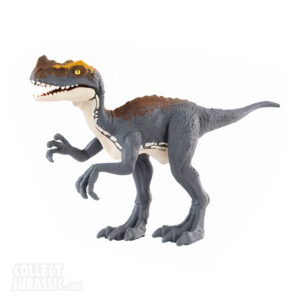 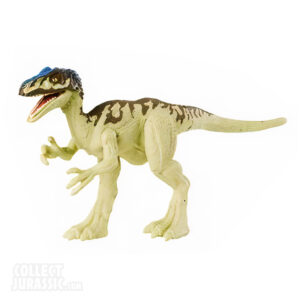 Attack Packs also make a return in 2021 – with one new sculpt, and the rest of the figures being repaints of existing figures. The brand new figure is the Troodon, which we have documented in the past as it has already popped up in the wild, alongside the repaint of the Gallimimus and the Dimorphodon – both of which are set to appear in Camp Cretaceous judging by the branding on their packaging.

Joining these figures are the Proceratosaurus and also the Coelurus – two figures which we don’t think will appear in the show, but rather, are more likely to be repaints which Mattel had to produce with a fast turnaround given the sudden delay of the upcoming film. 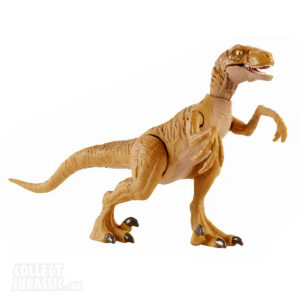 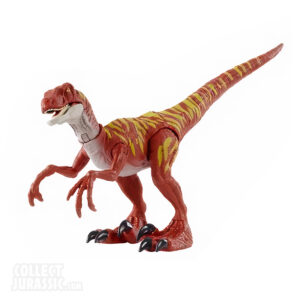 Following on from this we have Savage Strikes – both of which are Velociraptors. We have one which appears in an orange and brown colour scheme which many fans feel emulates the design seen in The Lost World: Jurassic Park. Whilst I don’t necessarily see this I still think it is a nice figure – and is certainly one of the best-looking Velociraptors which we have seen to date. Alongside this version, we have a nice red version using the ‘Jumping Raptor’ sculpt, which is complimented by yellow stripes adoring it’s back and it’s upper-legs.

Whilst these are nice figures they are not the most exciting – with Velociraptor overload certainly being an issue in the line three years in. 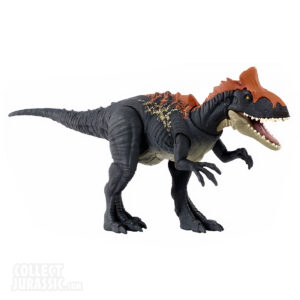 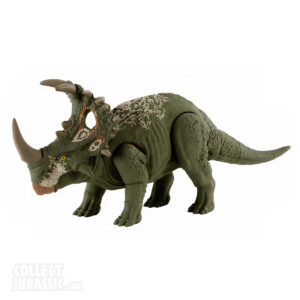 Lastly, we have two really gorgeous Sound Strike repaints – the Cryolophosaurus and the Sinoceratops. The Cryolophosaurus is a really nice figure – with darker colours and some nice bright orange and tan highlights which really help to make this figure pop. The darker colour scheme feels like something we don’t get to see in the larger-size figures that often, so I really like the look of this one as it is a repaint which does something fairly distinctive.

Alongside this we have a gorgeous repaint of the Sinoceratops which is much closer to the design for this dinosaur seen in Jurassic World Fallen Kingdom – although this may be a Camp Cretaceous design given the larger and more animated eye. This colour scheme emulates the original ‘not-Sinoceratops’ perfectly and will be really popular with collectors based upon just how accurate it is to the source material.

That’s it for our look at 2021 Jurassic World toys from Mattel so far! Definitely a lot of repaints in this line – but this is probably a result of last minute product changes due to Dominion’s delay, so I would be confident that we will see fresher and newer products later in the year – providing Mattel with the time to speed production through. In the meantime there are some standouts here – with both the Sound Strikes and Snap Squads in particular looking really strong this time around.

That’s our opinions – but what do you think? Sound off in the comments below, and let us know what you would like to see join the collection next year!