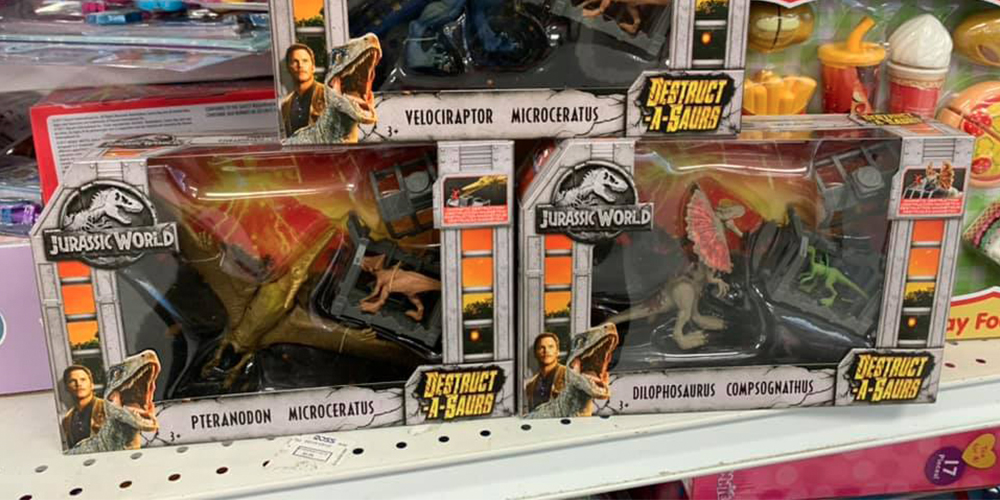 Even with the next year’s Mattel Jurassic figures slowly trickling out online and in-store, it seems there’s still room for other toy sightings that take everyone by complete surprise. And in this week’s recap we have a big one – the infamous Destruct-A-Saurs line makes its first appearance here in the states! Plus we have new release information for Primal Attack figures, keep scrolling for details. 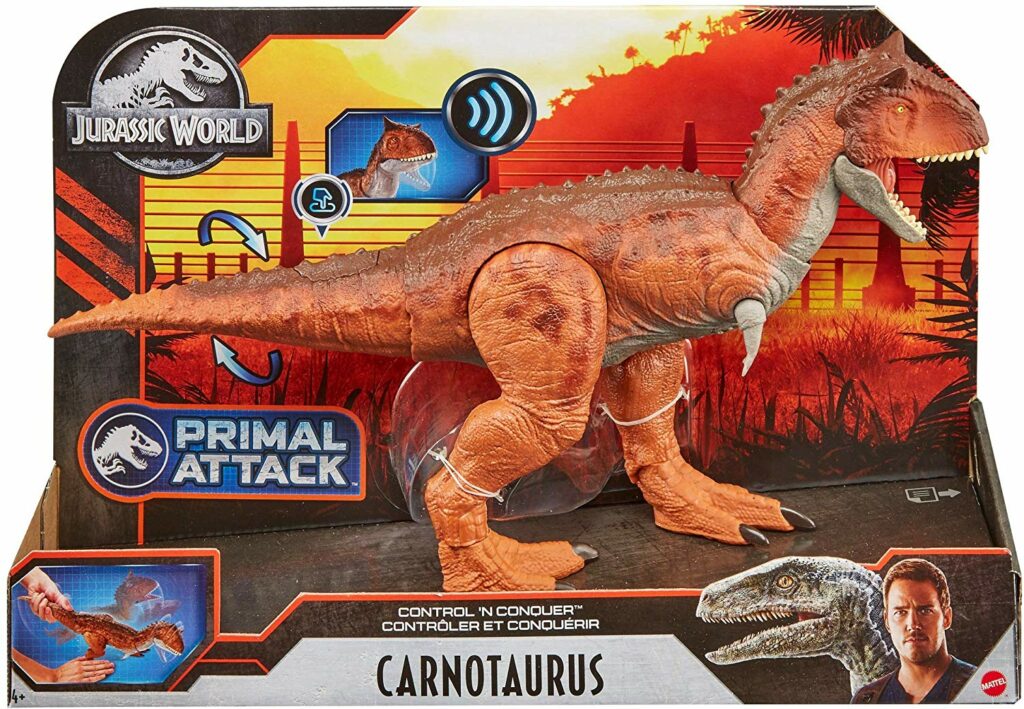 More Primal Attack figures are becoming available as we head into 2020, however this one is the first to pop up on Walmart.com. The Control n’ Conquer Carnotaurus is only shipping from Walmart’s US website for now, but will most likely hit Amazon next before it shows up in stores next year. To find out more about this latest iteration of Carnotaurus, check out our 4K review for in-depth look at the figure and it’s signature Primal Attack play feature. Shop Control n’ Conquer Carnotaurus on Walmart.com 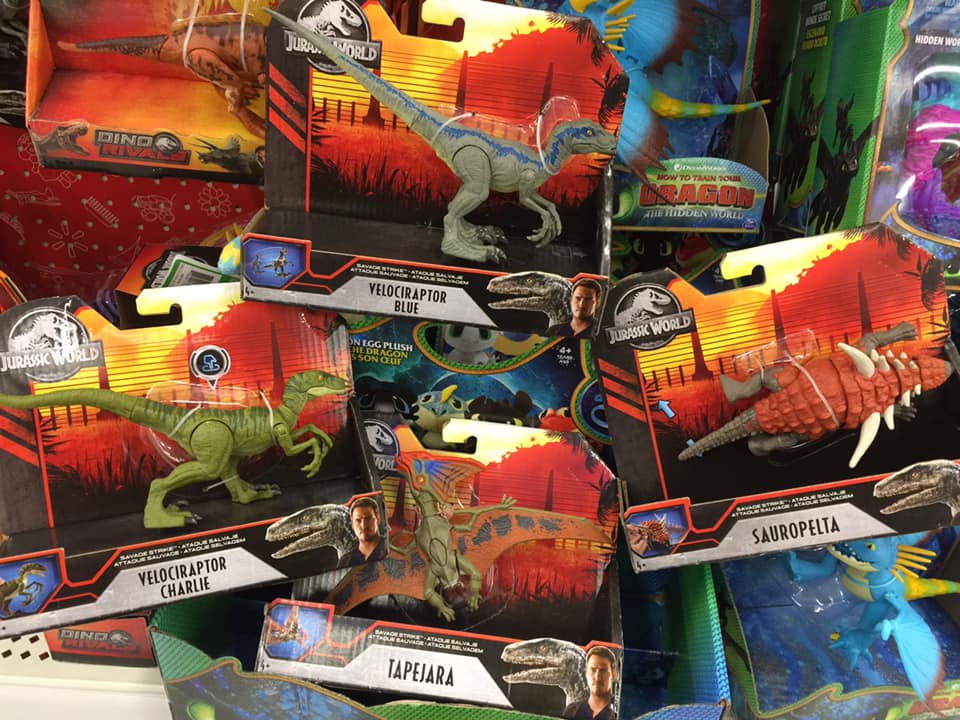 Speaking of Primal Attack, our first look at the initial Savage Strike wave for the new toyline comes via Canada, where they were found at a Walmart store. This sighting confirms that the Velociraptor Blue and Tapejara figures are straight repacks (this marks the third release of Jumping Blue), joining an all-new Sauropelta and Velociraptor Charlie. Previously identified only as “Velociraptor”, the arrival of Charlie’s Savage Strike figure may mean the entire Raptor Squad will eventually be released in this assortment. Stay tuned for more news on the US release of these figures. Image Credit: Saitama N. via Paddock 9 Collecting

“Cancelled” Destruct-A-Saurs Spotted at Ross Stores in US 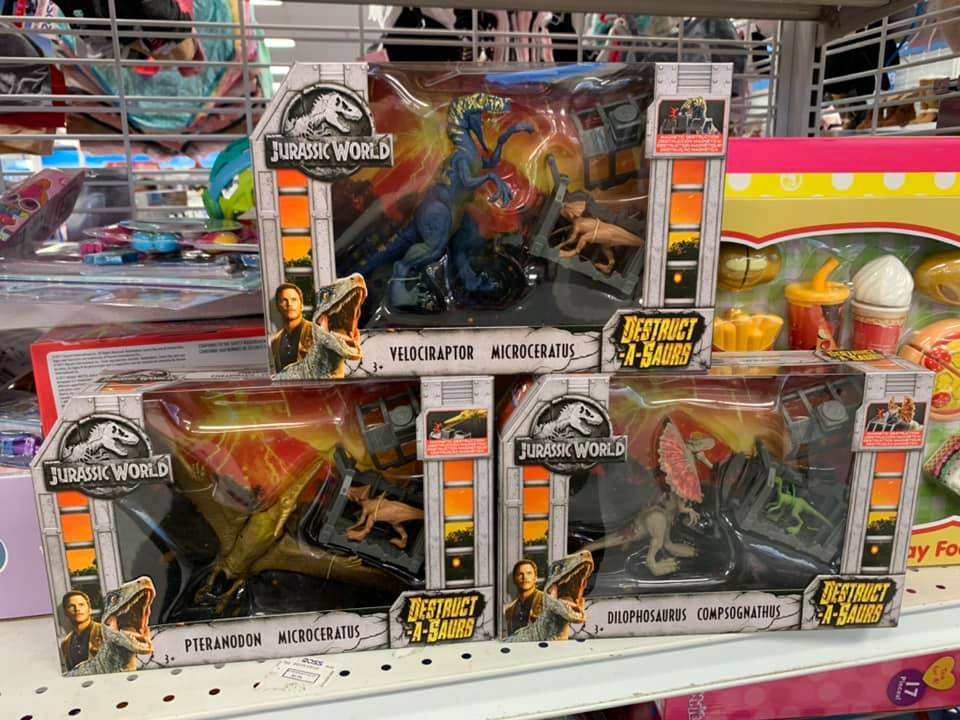 Finally, we have a relative bombshell in terms of Jurassic toy release news — several Mattel Destruct-A-Saur figures have popped in various US Ross clothing stores this past week. This is quite a stunning revelation considering this history of these particular figures. For the uninitiated: this toyline was formerly a Toys-R-Us Exclusive, but when the retailer’s US operations went under in 2017 it’s release plans were put in jeopardy. The basic figure assortment consisting of the Velociraptor, Dilophosuaurs and Pteranodon started to show up in droves in South American countries, signifying some sort of stock liquidation for the doomed Destruct-A-Saurs. These three figures, in addition to the T-rex Ambush Playset, eventually made their way to Canadian Toys-R-Us stores but never saw a proper US release. That all changed when the basic assortment was found (and purchased) by various US collectors this week, retailing at $9.99 at Ross stores. While sightings continue to be few and far between, we expect that most Ross stores will eventually get at least one set of the basic figures. Destruct-A-Saurs will most likely remain quite rare even with this surprise release, but the chance to finally hunt them down will undoubtedly motivate most Jurassic hunters to hit up their local Ross store as soon as possible. Image Credit: Ryan A. via Paddock 9 Collecting