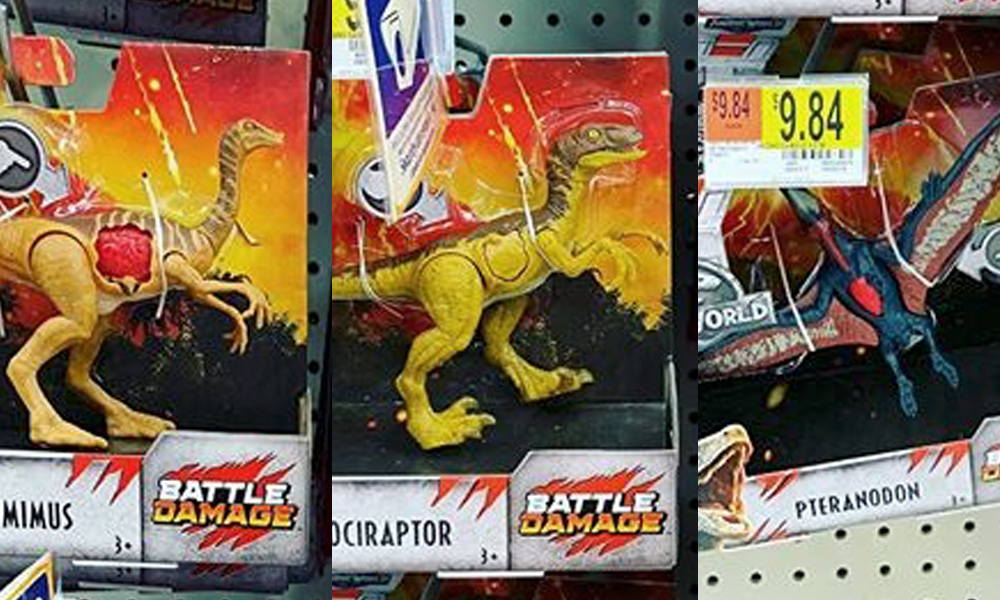 After showing up on Walmart.com in November only to quickly go out of stock, the new Battle Damage wave is starting to show up in-store at Walmarts in the US. Victoria’s Cantina spotted the Velociraptor and Pteranodon figures on the shelf in San Francisco, CA today. The Gallimimus had previously been found in-store and is still available online (though marked up to nearly $25 but sold directly through Walmart, strangely enough). Hopefully this is a sign that this last wave of 2018 Battle Damage dinosaurs will be enjoying a wider release in the US.

Take a look at our Battle Damage Wave 2 Photo Feature for a closer look at the figures—this Velociraptor sculpt is one of the very best in Jurassic toy history, in our opinion!