By TimDecember 26, 2020Review
No Comments 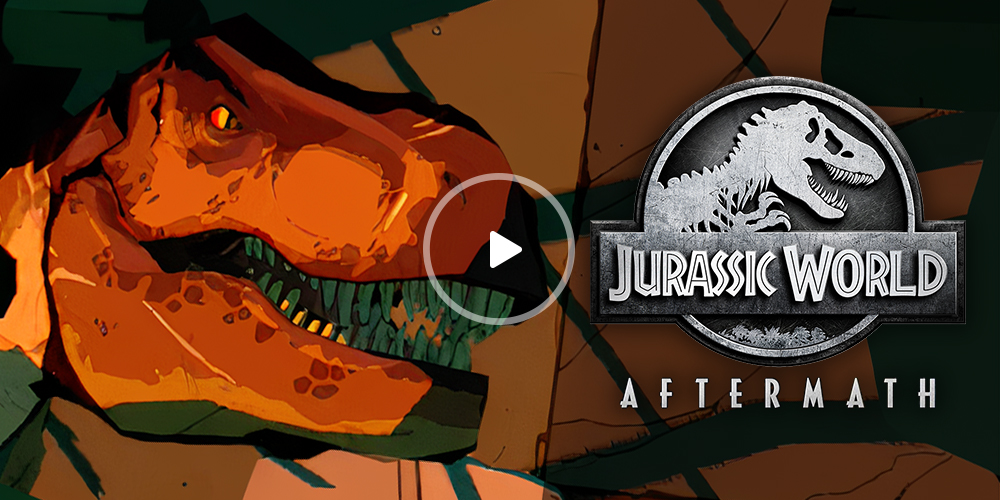 Today on Collect Jurassic we’ve got something a little different—and very cool—on the review table. An all-new Jurassic virtual reality game has hit the Oculus Quest 2, and we’ll be taking an in-depth look at at this latest immersive experience set within our favorite film franchise: Jurassic World: Aftermath from Coatsink Software. As somewhat of a serious gamer and an even more serious Jurassic fan, the idea of stepping into a virtual Jurassic World had me chomping at the bit to give this a try. Now, let’s get started!

Before we dive into Jurassic World: Aftermath, I have to take a moment and talk about just how impressed I am by the Quest 2 as a whole. After spending some serious quality time with it ahead of Jurassic World: Aftermath’s release, I’ve come away with an all new appreciation for VR as a platform not just for gaming, but immersive experiences of all kinds. The all-in-one nature of the Quest 2, along with its easy set-up and comfortable fit are just scratching the surface about what makes this thing such a killer piece of tech. Features like room-scaling and pass-through viewing , both of which I’ll get into when we start the game, are just a few of the cutting-edge aspects that blew me away the first time I put on the Quest 2. 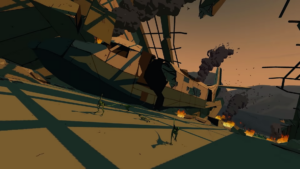 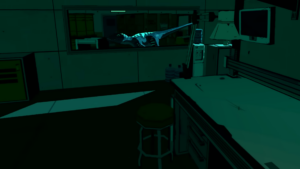 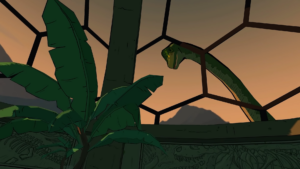 Of course, we’re here to check out Jurassic World: Aftermath, but this immersive new take on Jurassic simply wouldn’t be so accessible for a gamer like me without the Quest. There’s just something so intuitive, so well engineered, with what Oculus has done here. I’m genuinely impressed, and will freely admit I am now VR convert! Now enough geeking out about the Quest, let’s go ahead and check out Jurassic World: Aftermath.

Developed by Coatsink Software, Jurassic World: Aftermath is a first-person survival game set on Isla Nublar, taking place a couple years after the first Jurassic World film. That puts the events of this game sometime after Camp Cretaceous but before Fallen Kingdom. After circling the island and getting some amazing views of it’s iconic coastal vistas, your plane comes under attack and crash-lands near a previously unseen research facility within Jurassic World. The now derelict N.M.S. Genetic Research Facility acts as the main setting of Aftermath, and while marooned there for the duration fo the game you will come face to face with the entire Jurassic dinosaur menagerie : Compies, Brachiosaurus, Pteranodons, Dilophosaurus (yes, the elusive spitter indeed makes an appearance in Jurassic World: Aftermath) and of course, T-rex and Velociraptors. 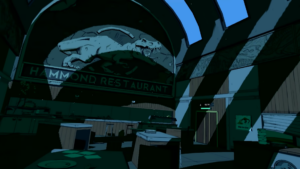 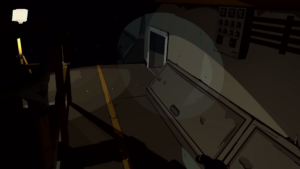 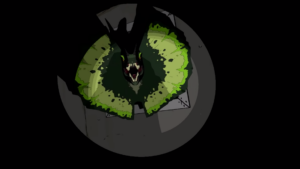 There are three raptors that act as your main antagonists for much of the game,— and no, they aren’t members of Owen’s Raptor squad. I won’t spoil the specifics, but these predators are extra terrifying as stalk your every move throughout the research facility. Aside from dinosaurs, you’ll also HEAR some familiar voices during your time with Jurassic World: Aftermath. Dr Ian Malcolm and Dr Wu, voiced by Jeff Goldblum and B.D. Wong respectively, both make an aural appearance within the game via their connection with an all-new character, Dr. Mia Everette. She’s the main voice in your ear, guiding you through the abandoned infrastructure of Jurassic World. As a diehard Jurassic fan, its incredibly exciting to have an all-new chapter to explore within this universe. There’s a lot of fun, new lore to unpack here — in addition to already having the mind-blowing experience that is virtually stepping foot onto Isla Nublar.

If you’re hungry for more, that’s just a small taste of what Jurassic World: Aftermath has in-store for players who are brave enough to step inside the N.M.S. research facility on Isla Nublar. Much like my other gaming experiences on the Oculus Quest 2, I’m completely blown away at the immersive virtual reality that Jurassic World: Aftermath provides. Whether its wondering through the ruins of laboratories or desperately searching for cover with a Velociraptor in pursuit, this game is the definitive interactive Jurassic survival experience — there’s just nothing that has come this close to simulating the fear, the danger, that dinosaurs present humans in each of the Jurassic films.