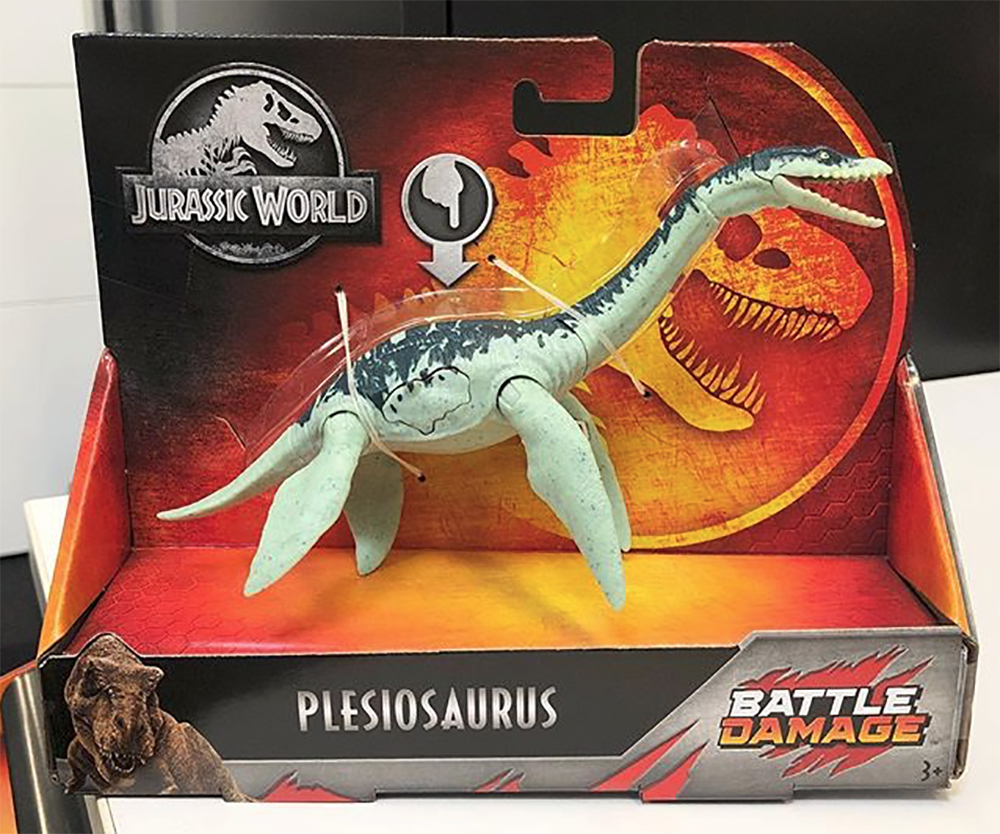 The New York Toy Fair hasn’t even begun, and we’re already getting a “reveal” of sorts: the upcoming Battle Damage Plesiosaurus in its final form, including the product packaging. This latest image again comes from Britt Shots, Mattel’s Marketing Manager for Jurassic World (she has affectionately nicknamed here Peggy). As with previous final sample photos she’s shared, this stage in the figure’s production indicates it will be released in stores soon enough! The Battle Damage line remains exclusive to Wal-Mart stores here in the US, but internationally they are available at several other retail outlets. Looks like Mosasaurus will finally have some company pool!